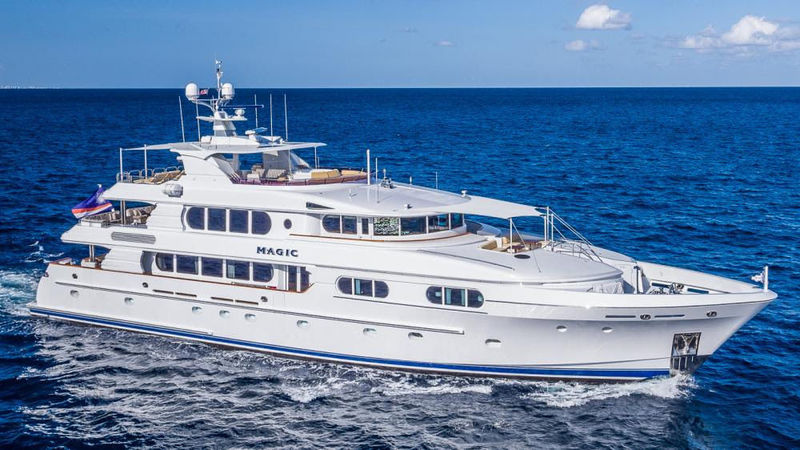 Other new features installed during the refit include a hydraulic swim platform and a carbon fibre hardtop with UV-protected skylights.

On board, the 39.62-metre motor yacht accommodates 10 guests in five ensuite staterooms, including a main deck master suite and four doubles.

Powered by twin MTU 12V 2000 engines, Magic has a top speed of 18 knots and a cruising speed of 14 knots, with a range of more than 3,000 nautical miles at cruising speed.