Northrop & Johnson has recently announced the sale of the 25.6 metre explorer yacht Coy Koi. Launched by the Dutch shipyard Kuipers Woudsend in 2000 as part of their long range explorer series, Doggersbank, she is completely designed by the renowned company Vripack. 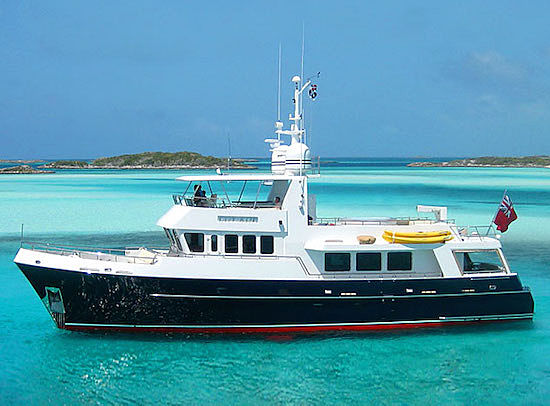 She accommodates up to six guests on board over three cabins, as well as a crew of up to four. She underwent an extensive refit in 2007, in which a wide range of work was carried out including a full repaint of her hull and superstructure, as well as system maintenance and technological upgrades. Powered by two CAT 3406C DITA 300hp engines, she has a top speed of 12 knots and a cruising speed of 10 knots.