Large cruise ships have frequented the Norwegian coast and famous fjords for centuries. Now, a group of prominent Norwegians has started a project aimed at attracting more superyachts to the land of the midnight sun.

According to an article in the financial daily Dagens Næringsliv last Friday, a group of people, among them previous politician and Member of Parliament Magnus Stangeland, is behind a project to entice owners of superyachts to Norway. 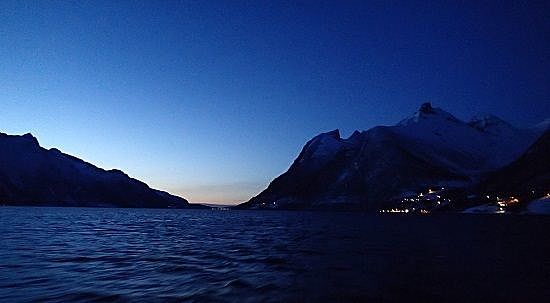 American Branson K. Bean treasurer of the International Superyacht Association, took also part in the meetings. The last few days he has been traveling around with Hiis Bergh to inspect a number of ports that may be suitable for arrival of these boats.

In the last years there have been a number of superyachts visiting the area, and also venturing as far as Lofoten and even Svalbard. Jon Amtrup, owner of Explore North a company that specialises in the Norwegian coast and author of sailing guides between Bergen-Kirkenes and Svalbard, welcomes the initiative.

Jon Amtrup of Explore North explains: "We have assisted superyacht skippers and their owners with guides and advise on where they will get most out of their adventure along the Norwegian coast. Many of the harbours along the coast have the infrastructure to handle superyachts, though without losing their genuine charm. We have room for more superyacht owners who wants more out of life than hot summers and crowded harbours in the Mediterranean".