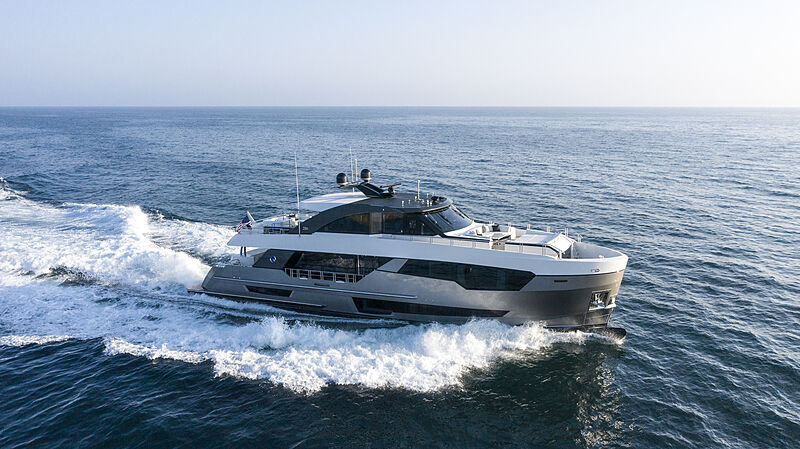 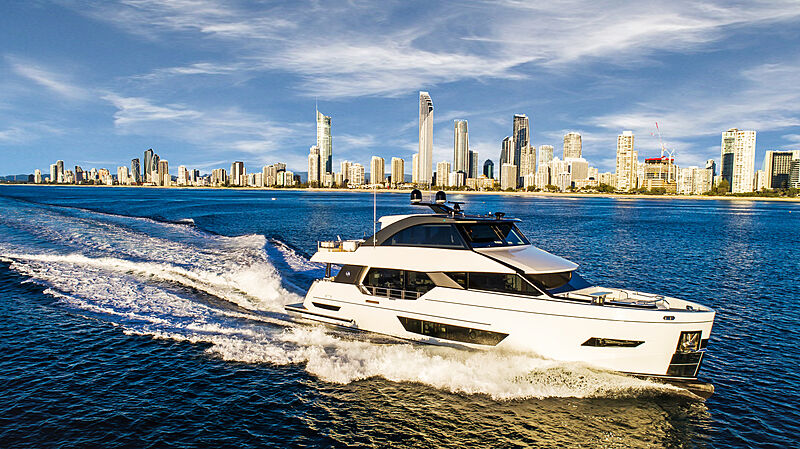 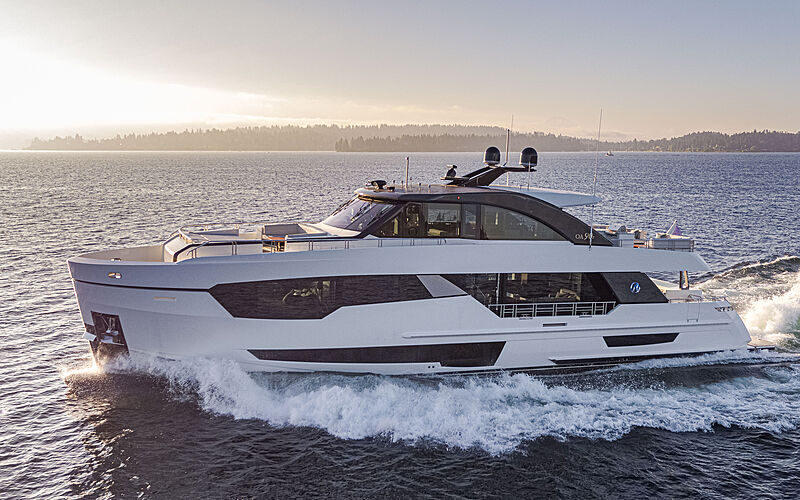 The 28 Meter Revolution’s interior and exterior were designed by Evan K Marshall, whilst her naval architecture is the work of Arrabito Naval Architects. The 27.48-metre yacht can accommodate eight guests between four staterooms and is home to ample deck space, such as a generous aft deck, a swim platform to her transom and an al fresco dining area outside of her main saloon.

32 Meter Legend
Another speculation-built yacht, a 32 Meter Legend, was sold by Michael Tyrell of MarineMax Pompano. The yacht has since been delivered to her owner. The 33.13-metre yacht features an interior and exterior design from Evan K Marshall, whilst her naval architecture was completed by her builder, Ocean Alexander.

35 Meter Revolution
The custom-built 35 Meter Revolution, the largest model in the Revolution series, was delivered to her owner last week. Scott Roberton of MarineMax Clearwater managed the delivery. A second unit of this model is currently in build and will be revealed at the 2021 edition of the Fort Lauderdale International Boat Show, this October. The 33.53-metre yacht Ziggy was designed by Evan K Marshall, who designed both her interior and exterior. Her naval architecture was completed by Arrabito Naval Architects. 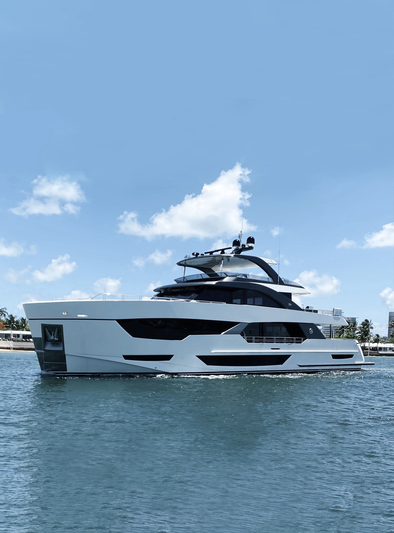 36 Meter Revolution
Scott Roberton of MarineMax Clearwater also sold a speculation-built 36 Meter Revolution to an experienced owner in May. The 35.9-metre superyacht Island Cowboy features an interior and exterior design from Evan K Marshall, whilst Ocean Alexander completed her naval architecture. She can accommodate up-to 10 guests between five staterooms and is operated by a crew of five. 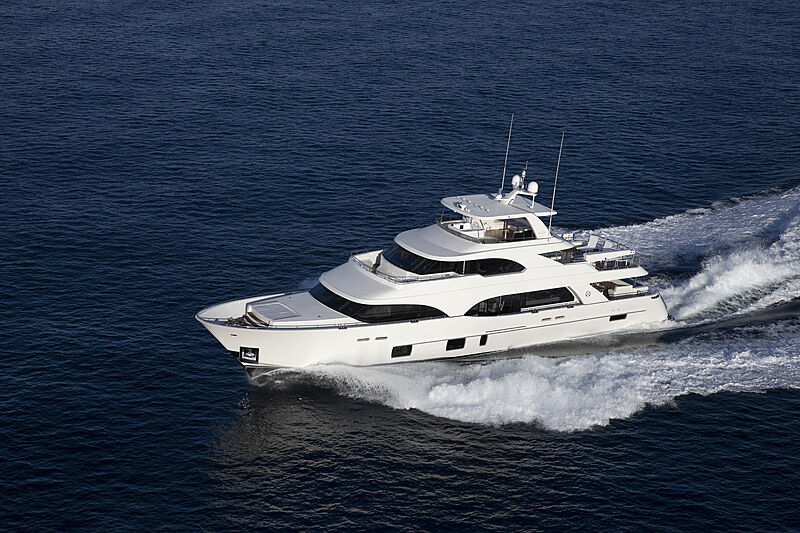