Alexander Marine International has announced the sales at the end of 2014 of four new yachts for the US. The company is the official importer of Ocean Alexander yachts; a new Inventory 72, an Ocean Alexander 85, the Ocean Alexander 100 and finally, a new construction order. 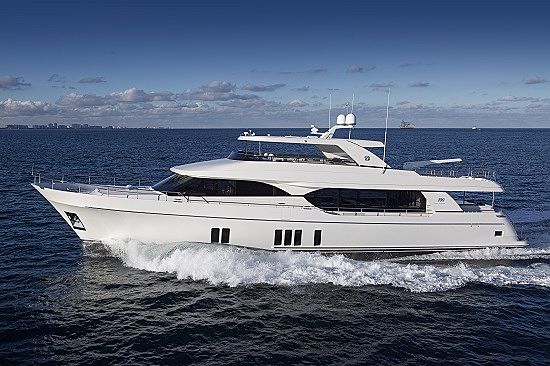 Based in Alexander Marine’s Seattle location, Jerry Todd completed the sale of a new Inventory 72 motoryacht to long time clients. The owners plan to cruise the waters of the Pacific Northwest.

Michael Vrbas from the company’s Newport Beach location secured a new construction order for an Ocean Alexander 72 motoryacht, as well as handling the successful sale and closing of a new Ocean Alexander 85 motoryacht.

Bruce Siler made the last sale of the year from Ft. Lauderdale with the new Ocean Alexander 100 motoryacht, which made its debut at the 2014 edition of the Ft. Lauderdale Boat Show. Delivered just before New Year’s Eve, the new owner’s formerly owned a Ferretti 85.