In what has been nothing short of an incredible year, having kicked off with the sale of 85m M/Y Annaliesse and going on to further substantial sales such as 70m M/Y Floridian, 60m M/Y Titan, 49m MY Altavida and 40m M/Y Vinidrea II — several of which are now under our charter and/or operational management — Ocean Independence has once again proven itself as one of the yachting industry’s largest and most reputable companies. 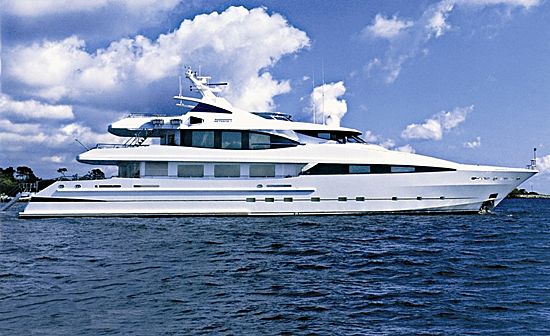 But 2007 is not over yet: as we go to press the ink has just dried on the signature of yet another Protocol of Delivery & Acceptance, for the fully SOLAS compliant 2001 CMN/Oceanco Netanya VII.

At 49m this Dutch/French-built yacht offers the spaciousness and light-filled living spaces of an even larger vessel, with a palette of pale colours and natural woods, along with every imaginable creature comfort for her guests.

Brokered by OCI’s Zürich-based CEO Peter Hürzeler, this completion brings the company’s 2007 tally of total metres sold to an astonishing 908, an achievement proudly shared by all ten of the company’s worldwide offices.

“With 2006 being a year of office and personnel expansion, 2007 has seen us reap the rewards of establishing a sound infrastructure and becoming a major yachting force to be reckoned with,” says Nick Dean, OCI’s UK based Group Managing Director.

“2008 promises to be equally exciting and busy, and we shall enjoy maintaining our promise of delivering ‘Global vision. Local insight.’ to our international clients.”