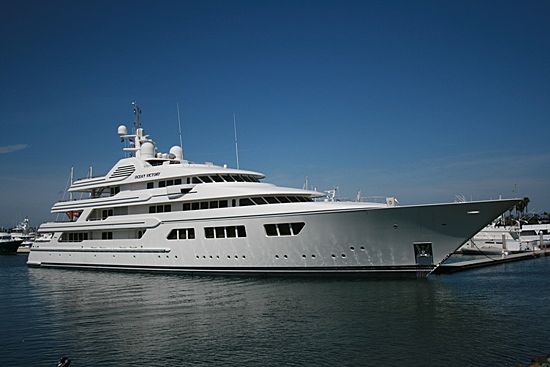 The Makkum yard of Koninklijke De Vries Scheepsbouw, which opened in 2005, launched its first full custom Feadship,Ocean Victory in october 2008. She is a 75.75m De Voogt design, with an interior by Alberto Pinto and Laura Sessa. After the hull and superstructure of Ocean Victory arrived in Makkum, the yard completed the yacht in only thirteen months.