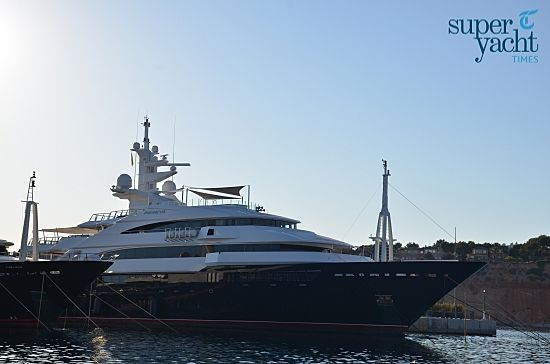 Seen here in the modern Port Adriano on the south-west coast of Mallorca, is the 80 metre Amevi, launched by Oceanco in 2007. Y701, as she was known during her build, was the first of Oceanco’s distinctive Y700 line. Iconic yachts such as Alfa Nero, Sunrays and Seven Seas soon followed Amevi in the line, all building on characteristic design cues implemented by Italian design duo, Nuvolari & Lenard. Amevi, still owned by her original owners since delivery, once owned a 52 metre Amels, named Deja Too. She was spotted in Port Adriano last month.