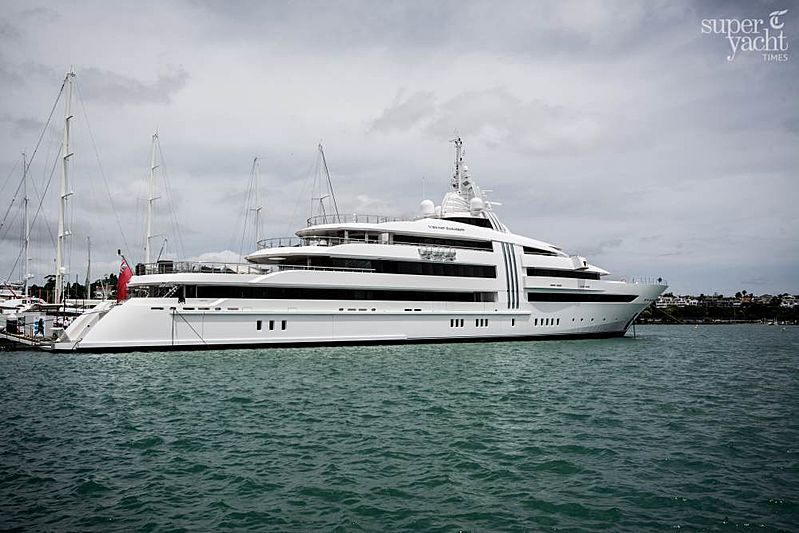 The 85-metre Vibrant Curiosity was launched in 2009 as Oceanco’s third yacht of its Y700 generation. Project name Y704 was designed by Nuvolari Lenard with naval architecture provided by Oceanco’s in-house engineering team in coorporation with Azure Naval Architecture. After an extensive cruise reaching destinations such as the Baltics, the west coast of the States and as far north as Alaska, Vibrant Curiosity returned to the Oceanco shipyard in 2015 for a maintenance period. She is currently in New Zealand and is captured here in Auckland’s Silo Marina.