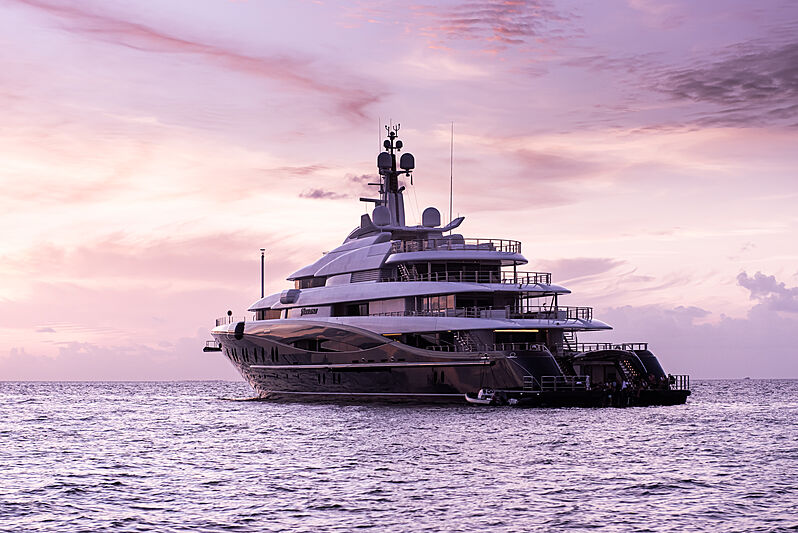 Photo: Tom van OossanenWhen launched in 2012, motor yacht Nirvana became one of Oceanco’s largest superyacht projects at the time. Measuring 88.5 metres in length, Nirvana is the work of the Dutch shipyard and Australian designer Sam Sorgiovanni. Since the project, the pair have continued their working relationship by collaborating on other projects such as the 88.5-metre Barbara and 110-metre Kaos, amongst others. One of the stand-out features on board must be the owner’s deck stretching nearly the entire length of the boat from the bow to the upper deck aft. Here she is seen at sunset in the Maldives.