OceanStyle by Burgess, specialists in the sale, management and charter of 20 to 45 metre semi-custom luxury yachts, has reported strong sales for 2012 with 19 yachts sold during the year – an 11.7% increase on the previous year. These 19 yachts equate to over 453 metres of yacht sold in 2012, with the largest being the 48.0m (175.5ft) Oceanfast superyacht, Australis. 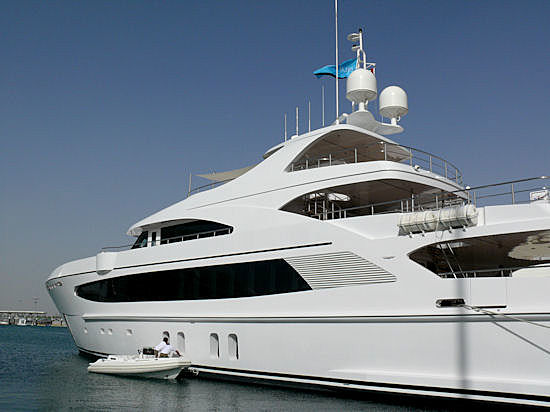 Commenting on 2012 sales, OceanStyle by Burgess Director, Richard Lambert says, “We saw good activity in the first quarter of 2012 and continued to see a fair degree of market movement throughout the year, with an upturn in the last quarter, despite quite a slow summer period. Whilst the level of enquiries remained relatively strong throughout the year, it has been difficult to manage the expectations of buyers and sellers and keep the transaction moving forward, partly due to the cautious nature of buyers in the current economic climate".

“Whilst there is no doubt that buyers are still attracted by the prospect of a deal, we found in 2012 that increasingly more buyers were seeking comfort in purchasing yachts from established yards with a recognised brand. We also saw moves towards a more conservative, fuel efficient and longer range style of motor yacht.”

Looking ahead to 2013, OceanStyle by Burgess expect the steady levels of enquiries seen in 2012 in particular for the 20m to 45m range of yacht, and trends seen throughout the year, to continue.

“There are still difficult times ahead and whilst the downward pressure on pricing will continue in to 2013 and the market will still be very price driven, we have seen some stabilisation, especially in the American markets where we are seeing a positive upward trend”, explains Richard Lambert.

“We have also seen that buyers are not interested in yachts at inflated prices so asking prices need to be realistic with the deal orientated buyers market here to stay. The challenge for 2013 will be in ‘closing the gap’ between buyers’ and sellers’ expectations, and in educating both parties on the realities of the market".

“In terms of new markets, there is no doubt that there is an increase in interest from South America and Asia, which will certainly be a focus for us in addition to continuing to develop in the more traditional markets such as Europe and North America.”

OceanStyle by Burgess also reports a strong charter market for 2012 with nine new yachts welcomed to its dynamic fleet.

Mediterranean destinations continued to be most popular for charters in 2012, with Croatia and Montenegro showing increased signs of popularity, largely due to the tantalising mix of culture, sophistication and seclusion they offer but also because of a relatively stable VAT policy when compared to changing VAT policies for charters starting in Italian territorial waters, which were introduced over the summer period.

“We expect the strong charter market for 2012 to continue in to 2013, as more people opt to charter rather than buy in the current economic climate”, comments Richard Lambert. “Interestingly, during the year we saw a shift in the manner that clients made a decision with regards to their charter and found that many were leaving their decision making process much closer to the date of embarkation than witnessed in previous years.”

2012 also saw OceanStyle undergo the biggest transformation of its corporate identity in the company’s history, re-branding to become OceanStyle by Burgess. The rebrand aligned OceanStyle with its parent brand, Burgess to bring together the heritage of Burgess with the strength of the OceanStyle name in its competitive niche market, without diluting the specialist focus of either company.

The creation of a more evident brand family adds value when entering new and emerging markets, offering impact and presence, as well as benefiting customers with combined resource and market knowledge without sacrificing the specialist expertise they expect whether buying, building or chartering.