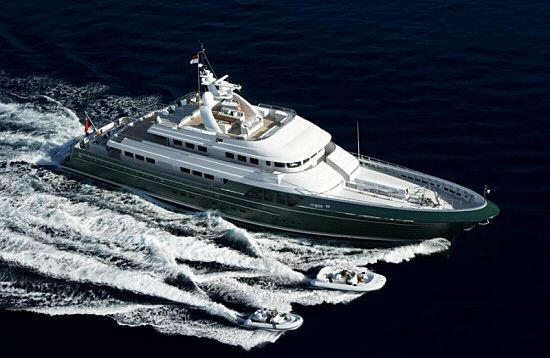 Launched in 2007 and listed for sale with OCI, Marco Polo is an ecologically focused, luxurious explorer yacht. Designed by Ron Holland for safe, comfortable long-distance passage making with a beautiful interior and superyacht finish throughout, this superb Hong-Kong built Transocean Explorer is the first in a new series that has truly captured the industry’s attention. Built with the utmost care to minimise her “carbon footprint” with low fuel consumption and smart material choices for maintenance, great emphasis has been put on sea keeping, self sustainability, comfort, safety and cost-efficient operation, through highly refined operational systems. 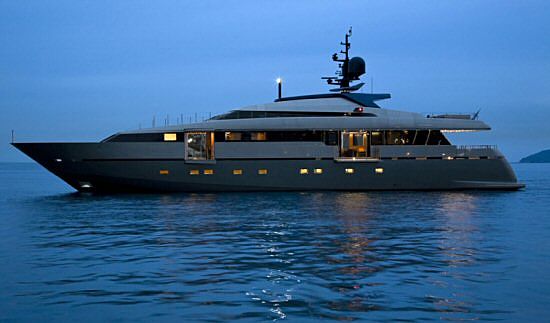 On show side by side in Monaco’s Port Hercules throughout the ShowBoats International Monaco Rendezvous were Marco Polo and the highly innovative 4H, listed for charter with OCI. 4H is a true head-turner, with her modern lines, striking features and original design. Featuring “sea terraces” on both sides of the main saloon, master cabin and gym, as well as lifting gull-wing doors on the bridge deck, 4H is a show-stopper in every port. Offering contemporary good looks throughout her spacious and sumptuous interior and out onto her stylish aft and fly decks, this is the perfect yacht for stylish chartering.

The Rendezvous began with a sparkling evening champagne yacht hop on the 25th June for ShowBoats International’s select guests, including OCI brokers Eric Trupheme and Phil Pollak. Then on the 26th June the glamorous awards dinner was held at the Monte Carlo Sporting where OCI’s Phil Pollak was in attendance to applaud the yachts’ Owners as they collected their trophies. Marco Polo was represented by her Owner along with Captain Marc Rebuffe and the MCC team, and 4H by her Owner, as well as Captain Frank Hess and SanLorenzo’s director Massimo Perotti and team.