CNI welcome a selection of stunning new central agencies including the world’s largest sloop the 75m (246.6’) Mirabella V listed with Georges Bourgoignie. Performance is a key demand of this pioneering vessel, with special emphasis on windward ability, which allows for speeds exceeding 20 knots under sail. This ground-breaking yacht is one of the most successful yachts on the charter market, offering the space and accommodation of a large motor yacht as well as the pleasures of being under sail. 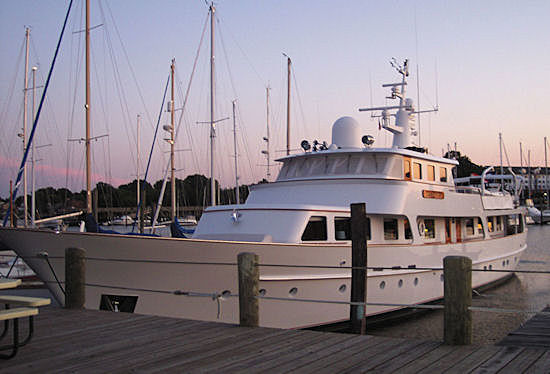 Staying Stateside, Jim Wallace of CNI Palm Beach has brought the 36.6m (120’) Tradition from Feadship into CNI’s listings, and the 25m (82’) Ellen Louise from Horizon Yachts. John Ciullo from CNI Miami brings the 32m (105’) Pacific Mermaid from the New Zealand yard Johnson and Winter, whilst staying in Miami Craig Erickson lists the 30.48m (100’) Cocktails from Hargrave to the fleet.

In Europe, CNI brokers list 16 new central agencies. Alex Lees Buckley of CNI Monaco and Gaston Lees Buckley of CNI Antibes jointly list the 36.5m (120’) Illusion from ISA and the 34m (111.6’) Master Blaster. Alex Lees Buckley also lists the 56m (183’) Selene and the 54m (177’) Parsifal III, both from Perini Navi. CNI Cannes lists six new yachts for sale including the 43m (140’) Exuberance from CRN. With her large volume allowing for five guest cabins, including owner’s suite with balcony and a beach club aft, she follows in the footsteps of Emerald Star and Hana before her, both highly successful CRN’s in the CNI charter fleet; Exuberance is due for delivery in 2010. The 34.63m (113’) The One also joins the CNI Cannes listings. Built by Baglietto, she is a fast custom aluminium yacht and a great example of how a contemporary yacht should be. 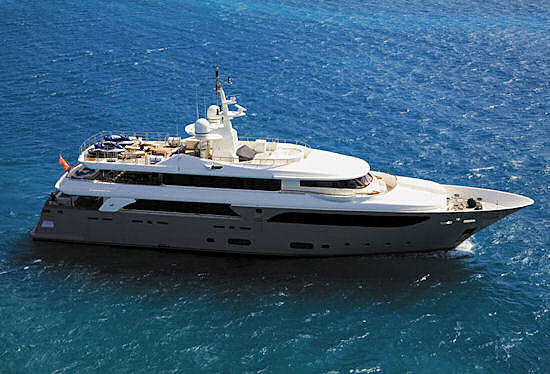 Also in CNI Cannes, the 34m (111’) Rubeccan from Ferretti has only had one owner and is now seriously for sale at a fraction of the replacement cost, as is the extremely popular 34m (111’) Leopard, Pure White. Having also had only one owner she is listed jointly with CNI Cannes and the Rodriguez Group. For something different CNI Cannes lists the truly classic 33.53m (109’) Feadship, La Belle Aire. The 30.5m (100’) Powdermonkey from Falcon Yachts remains a popular vessel of her size group and has earned herself a great charter reputation. Further along the coast, CNI Antibes’ Charles Ehrardt lists two sailing yachts for sale: the 23.4m (76.7’) Spip and the 21.5m (70.4’) Grace, both from CNB.

CNI Palma lists three new yachts in their sales fleet. Jonathan Syrett lists a new construction from Factoria Naval de Marin shipyard scheduled for launch later this year. The 39.6m (125’) Mambo is a solid, long-range yacht of steel hull and aluminium superstructure. An outstanding yacht from the reputable Spanish yard capable of building yachts up to 150 metres. Arne Ploch meanwhile announces the classic 34.95m (115’) Follow Me 4 for sale. A tri-deck displacement Benetti Classic, she is the last of these popular models to be built. She has been maintained in prime condition since her launch in 2006, and has had only one owner. Arne also lists the 24.95m (82’) sailing yacht Vita Bella from the German yard Dübbel and Jesse. A fast and strong cruising sloop of aluminium hull, she boasts spectacular interior volume. 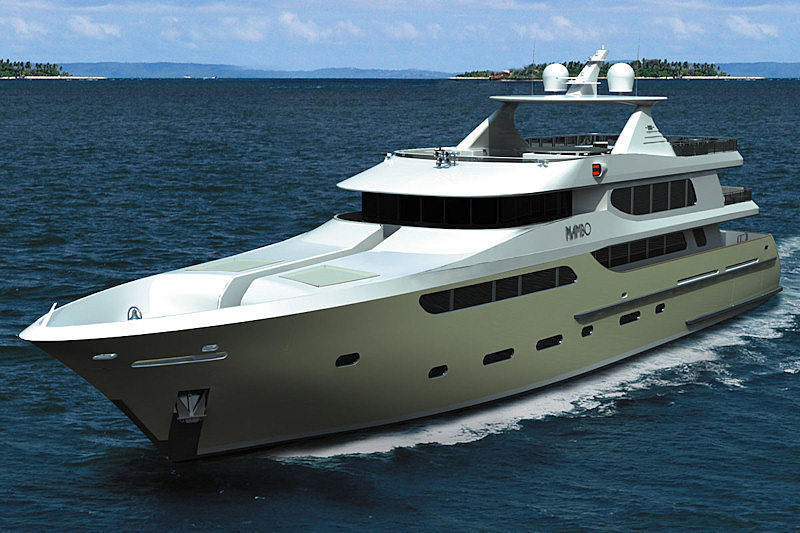 The definitive guide to chartering
Along with this Autumn issue of Sea&i, CNI has also launched the Charter Collection for 2009. Once again the annual has been released early due to the rising demand for yacht charters. The chic, hardback book is CNI’s most stylish edition to date. Each year the superyacht industry notches up a gear as more yachts launch onto the market and greater numbers of charter areas open up for longer seasons.

To reflect this rich diversity, this year’s annual is larger than ever. For the first time we have been obliged to add a new category to the yacht pages to cater for the great increase in the number of vessels that fall under the 50m – 60m and 60m+ headings. The new Charter Collection gives you a real feel for the lifestyle and activities in each destination.