After arriving at Ulstein’s facility in Ulsteinvik, Norway in January this year, the secretive 88-metre superyacht project first announced by the shipyard in 2016 is now visible again, showing the yacht in a very advanced stage of construction. 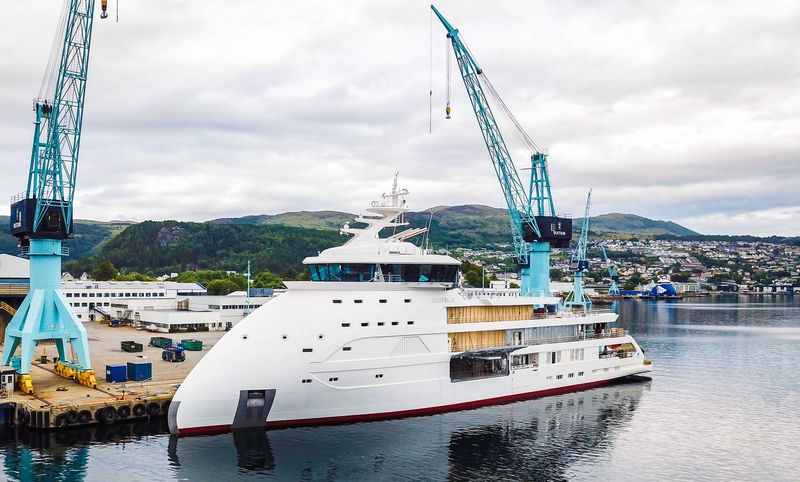 Now bearing the vessel’s name, Olivia O, initial indications suggested that its delivery might take place later this year, but this seems more likely to only occur in the first quarter of 2019. The project’s hull and superstructure were constructed in Croatia by the Brodosplit shipyard and was moved to the Norwegian commercial giant earlier this year for initial stages of outfitting. 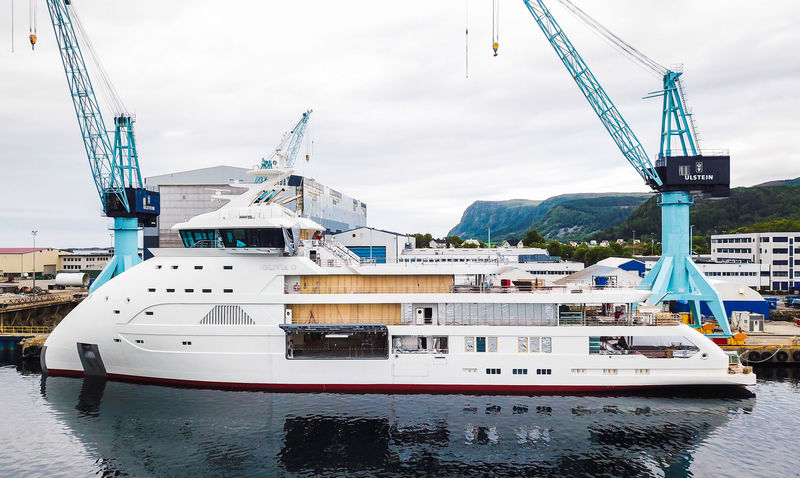 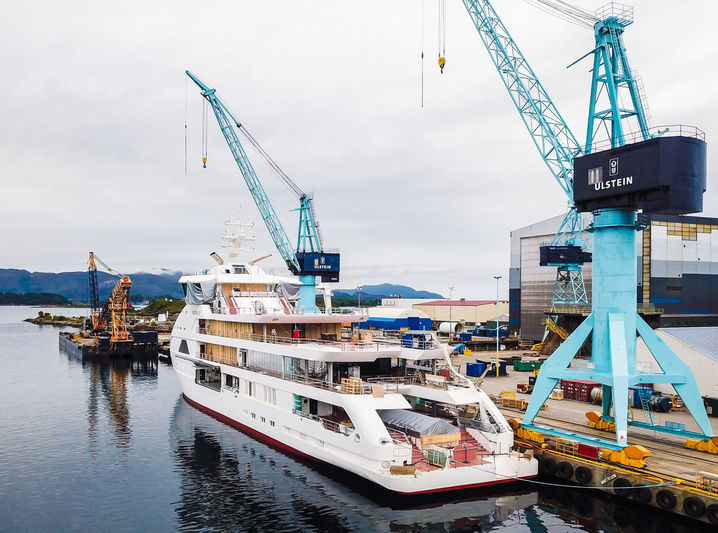 Though Oliva O is Ulstein’s first private superyacht project, well-known superyacht designer Espen Oeino brings valuable experience to the table that would undoubtedly provide the project with the needed touch of finesse and style, along with the yet unknown team of interior designers. 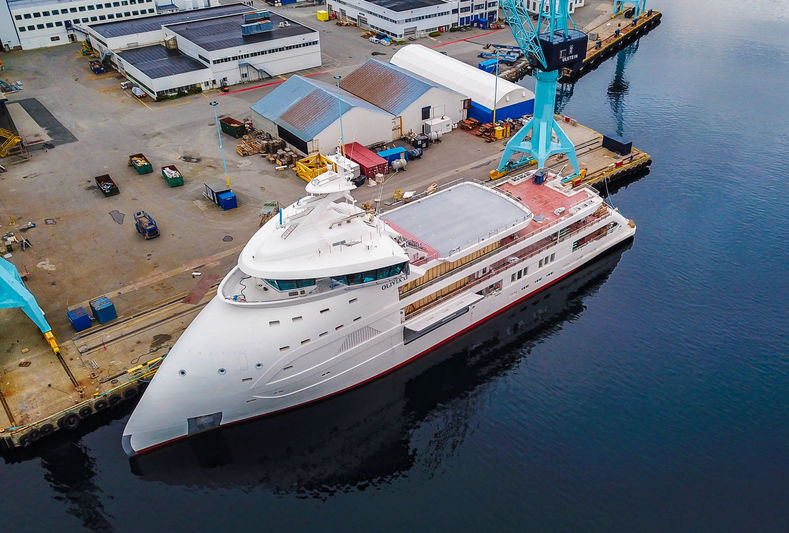 These latest images show a freshly-primed exterior and nearly completed bridge deck with essential navigational equipment being mounted on the mast. A large hull door amidships is where Olivia O’s tenders will be launched and retrieved through while a large helipad on the bridge deck will provide aerial support to the vessel. At the stern, cut-outs in the owner and upper decks will allow sunlight to reach the 10-metre pool that is located on the main deck aft near the yacht’s transom. 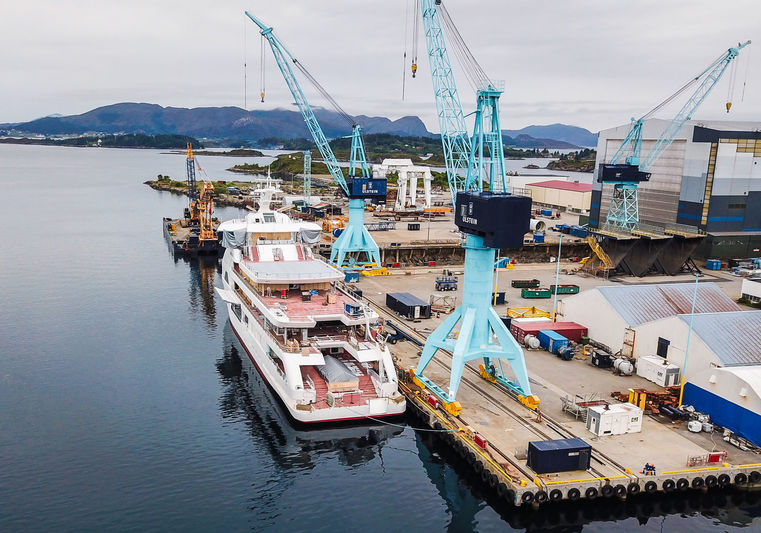 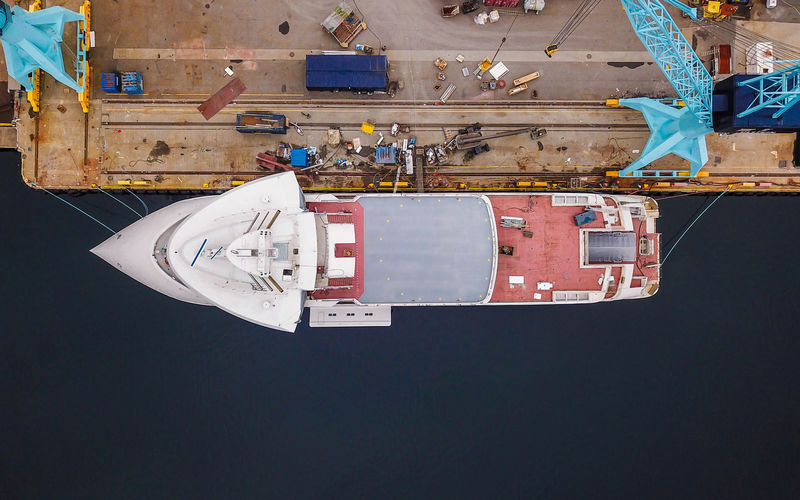