Home > News > On board Volpini 2: Amels' new breed of superyacht

With an ever-growing fleet of 40 Limited Edition superyachts spread across the globe, Amels has without question perfected the semi-custom superyacht approach over the past decade since the introduction of the first Amels Limited Editions superyacht back in 2007. Working with renowned designer Tim Heywood, Amels has managed to capture a distinct style that visually sets their yachts apart from all others. The new Amels 188 is no different and together with Heywood, one of the biggest builders in yachting has once again raised the bar when it comes to what is available in this competitive market segment. 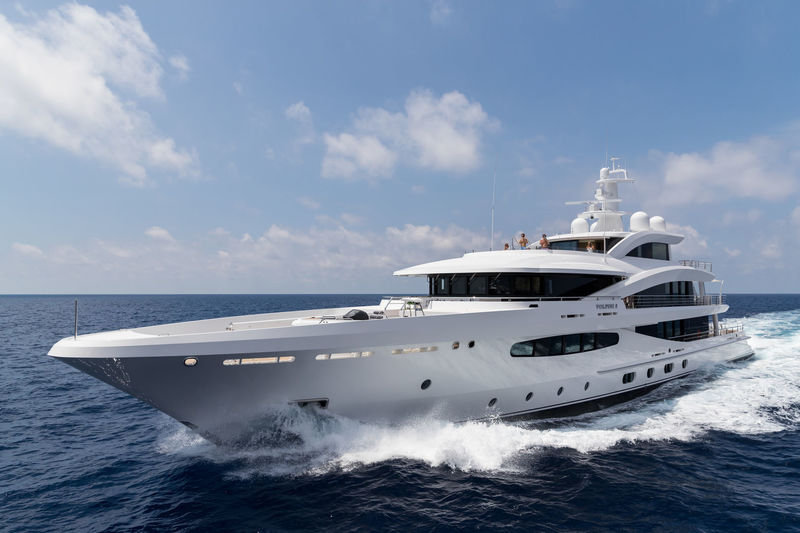 Photo: Jeff Brown / Breed MediaWith the introduction of this new model, Amels was not only up against a reactive market with innovative solutions being delivered by its competitors, but also against complex new class regulations that would see yachts over 500 GT subject to increasingly strict emission requirements. To futureproof the new model, Amels decided to take it upon themselves to develop and integrate the new Tier III-required systems that would ensure the sustainability of our oceans and a cleaner yachting experience overall. “We laid the keel for this Amels 188 before the end of 2015, so we were not obliged to comply with the new IMO Tier III emissions regulations. However, Amels took the decision to make the new design Tier III compliant,” explains Amels Brand and Communications Manager, Victor Caminada. 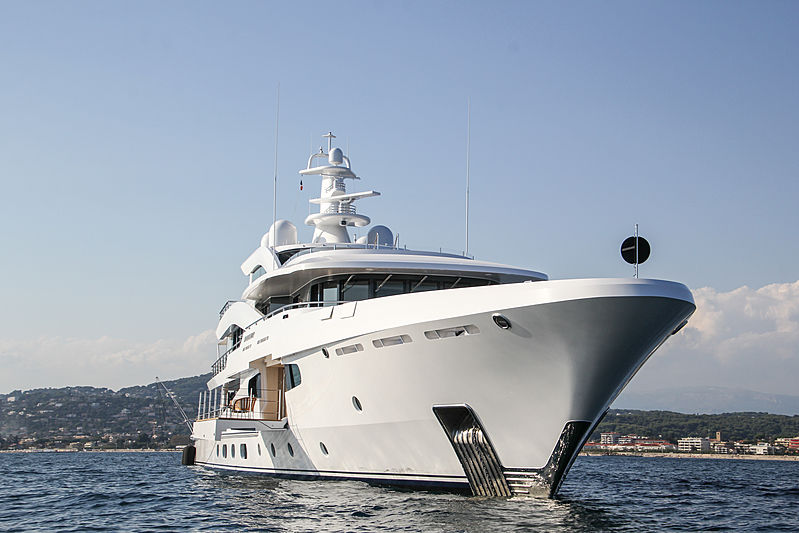 Photo: Merijn de Waard / SuperYacht TimesVolpini 2, therefore, is not only the first Amels but also the first new-build yacht in the world that fully complies with the Tier III requirements.

“It affected the layout the most,” comments Tim Heywood when asked how the Tier III regulations impacted the design of this project. “Some of the equipment is larger than what we used before and it all had to be considered by the yard. One of the biggest things I had to contend with was ceiling and deck level heights, and for this I made the side structures and deck edges a little thicker so they would look a bit dramatic from the outside.”

Sharing a similar profile with the Amels 199, a favourite of Heywood himself, the designer describes motor yacht Volpini 2 as ‘cruising swan ruffling her feathers’. “I like the shape that I have given the outside because I feel it's unique and she is not too radical, a classic-looking boat that will be fashionable for a long time,” he continues. 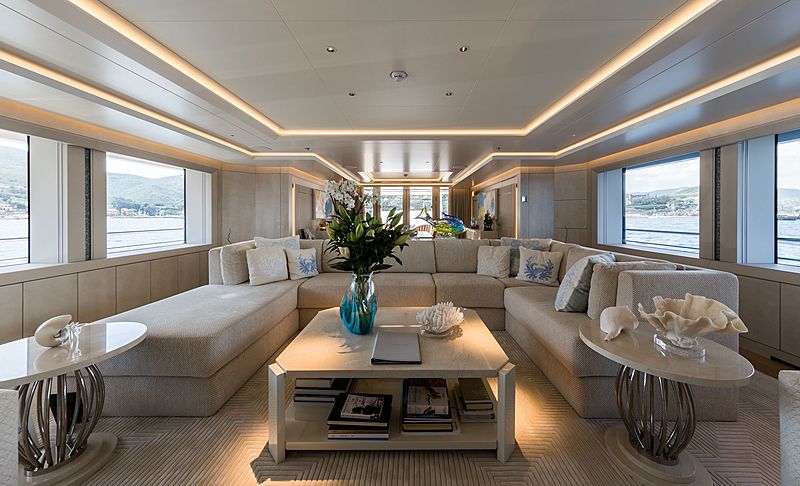 Photo: Jeff Brown / Breed MediaWhat exactly does it take to draw the lines of a model that will stand the test of time? “It usually is a fairly fast process. If a good friend is asking you to do something, you try and do it as quickly as possible. If I have to design the entire GA myself, it would take around 6 weeks while if they have done most of the GA work, it would be closer to a month to create a design that I’m happy with.”

However, the design process doesn’t stop when Heywood puts down his pen after the first attempt. Amels decided that the Limited Editions 188 Volpini 2 would become even more ‘limited’ as all subsequent units in the range will be known as the new Amels 200 which will come with an added 2.4 metres at its stern, making Volpini 2 a true one-of-a-kind.

Now, cruising with a proud repeat Amels owner, motor yacht Volpini 2 can confidently take on any cruising ground her owner chooses knowing that the small footprint she leaves behind will be seen as the new direction in which all yachts should be heading. 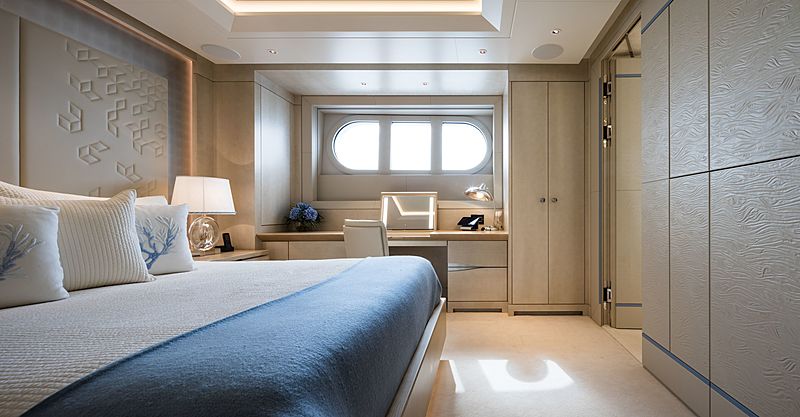 Out of three world-renowned design studios, Reymond Langton was selected to create the interior for Volpini 2 back when she was being developed for an unknown client as a speculation project. “From the beginning, we understood that this was a very important new model for Amels,” explains Company Director, Pascale Reymond. "They really wanted something different to the 180 and the 199 models which already formed part of the Limited Editions line up. That is also why they worked with new designers with new and fresh ideas.”

Better known for their grand one-off custom designs, Reymond Langton explains that this spec project wasn’t much different to the larger bespoke yachts which they are used to. “Even though it was conceived as a spec boat, it certainly doesn’t look like one as they allowed us to do whatever we wanted. This is as good as a spec boat can be.” Once Volpini 2’s owners joined the program, subtle changes were made to suit their yachting lifestyle, as they brought an element of sportiness from the exterior design inside. “Most people will tell you that the interior is very calm and peaceful, but at the same time, it is very detailed as well. It's like haute couture in many ways, it's tailored.” 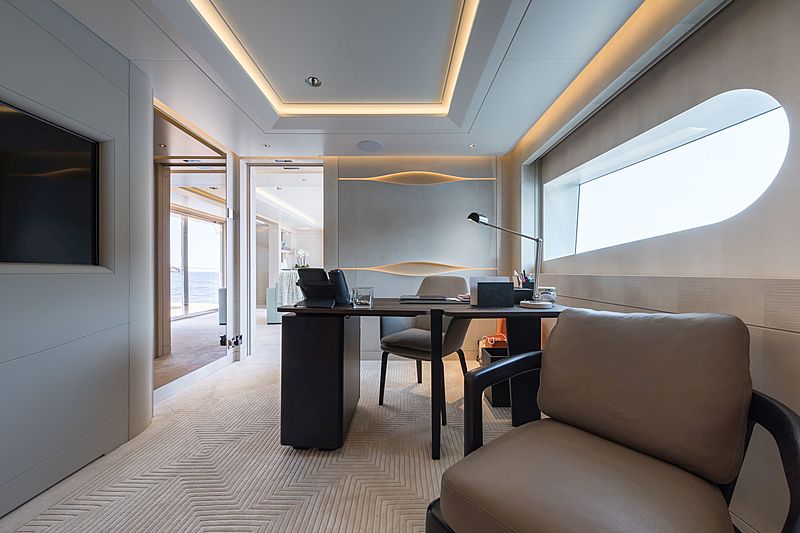 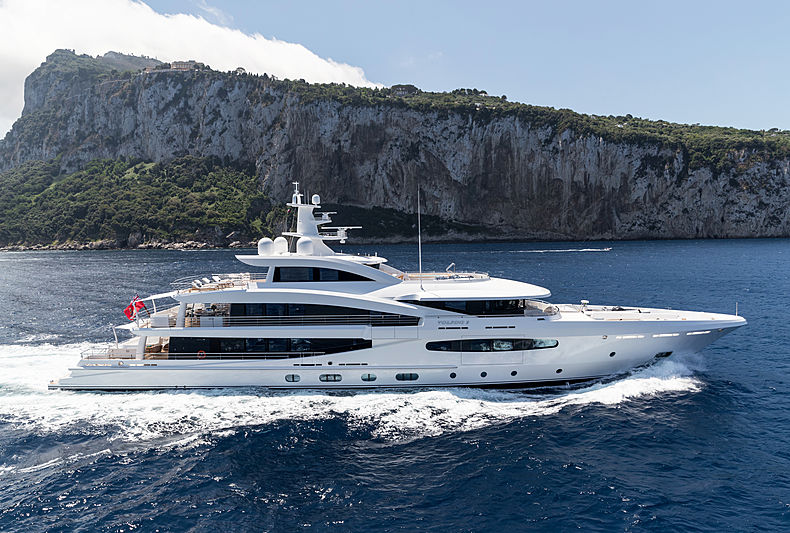 In addition to Volpini 2’s successful Tier III compliant propulsion system, Amels went a step further to install the first Amels Hybrid Power system; an interconnected package designed to spread energy around the yacht as efficiently as possible and to ensure that not a single milliampere goes to waste. By studying the energy usage on its vast fleet of Limited Edition superyachts around the world, Amels realised that by utilising existing power smarter and complementing certain load periods with alternative sources, owners will not only be protecting the environment but also experience substantially lower fuel consumption readings, which could in practice lead to an annual operational cost saving in the region of €100,000.

"We took a holistic approach, finding smart ways to reuse energy already on board (like engine heat), combined with a battery bank to vastly improve the efficiency of power systems,” Caminada confirms. Excess heat that would otherwise be lost is now used to heat up the Jacuzzi water, for example, as well as improving the heating and ventilation system on board. It is clear that through the investment in the development of this system that Amels views hybrid operations as the future of yachting. 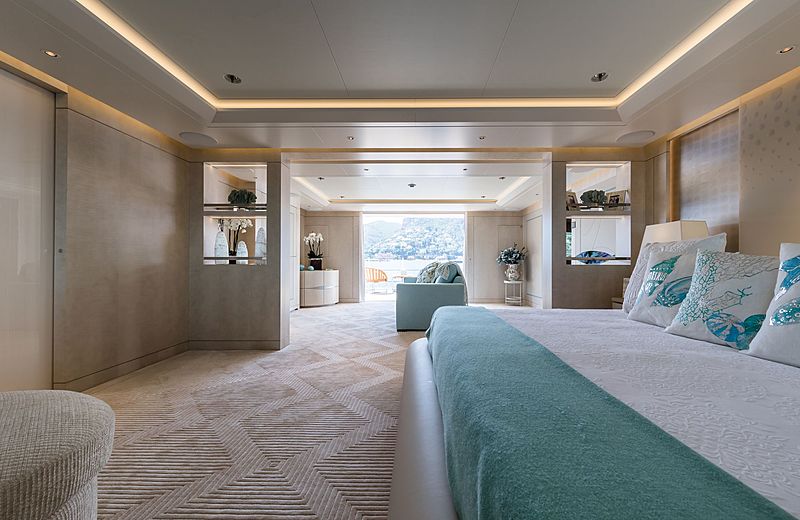 As the shipyard’s first collaboration with Reymond Langton, those familiar with Amel’s interior styles from past Limited Editions superyachts will immediately recognise that Volpini 2 is something unique. “Classic contemporary, is how I would describe it,” says Pascale. “It's a safe way of designing. Not too fashionable as it can go out of style then very quickly. It should be trendy enough, but classically trendy and I think that is what we have created.”

Six guest suites are spread across three decks on board, starting with a grand VIP stateroom on the bridge deck and working down to the four guest cabins on the lower deck. The sophisticated master suite forward on the main deck has retained a similar layout to that found on certain Limited Editions 180 yachts with the beloved balcony on the starboard side and offset bed to port separated by a cosy lounge area. Reymond explains that this suite was one of the few areas that underwent changes after Volpini 2’s owner acquired the project. “At first, we had a sliding door between the lounge and the bedroom and they wanted something a bit more open-plan. They also added more colours. The original concept has the same level of detail, but what we see today is a little bit more sporty than that.” 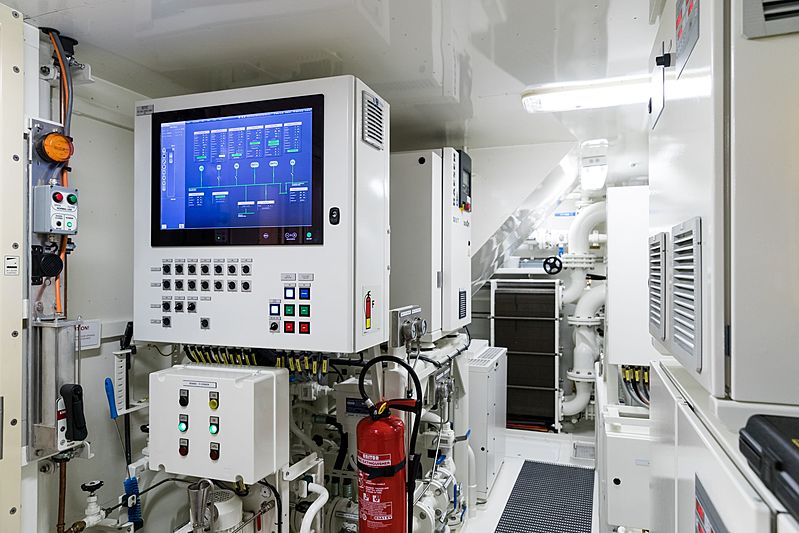 Nitrogen Oxide (NOx). This ugly by-product produced by each superyacht’s engines and generator sets came under the microscope in the new Tier III emission regulations set up by the International Maritime Organisation. New vessels over 500 GT with a global cruising area have to adhere to strict pollution criteria and Amels set to work with this new project to not only prove it can be achieved within the familiar structure of an Amels yacht but also without the sacrifice of valuable guest space or comfort.

To achieve the 80 percent reduction in NOx emissions that motor yacht Volpini 2 boasts about today, Amels worked with HUG Engineering, Veth Propulsion, and engine manufacturer MTU to combine their trusted products into one integrated system that could easily be applied to future Amels superyachts. The ‘denoxing’ process, as HUG calls it, is a complex one but essentially strips toxic nitrogen oxides from exhaust gasses inside a catalyst and converts the pollutants into friendly Nitrogen; the most abundant element in the air around us. Although only cruising areas in North America and the Caribbean are currently enforced under these Tier III regulations, it could well be that other popular areas such as the Mediterranean and perhaps the parts of the Pacific are added to the map in the future. 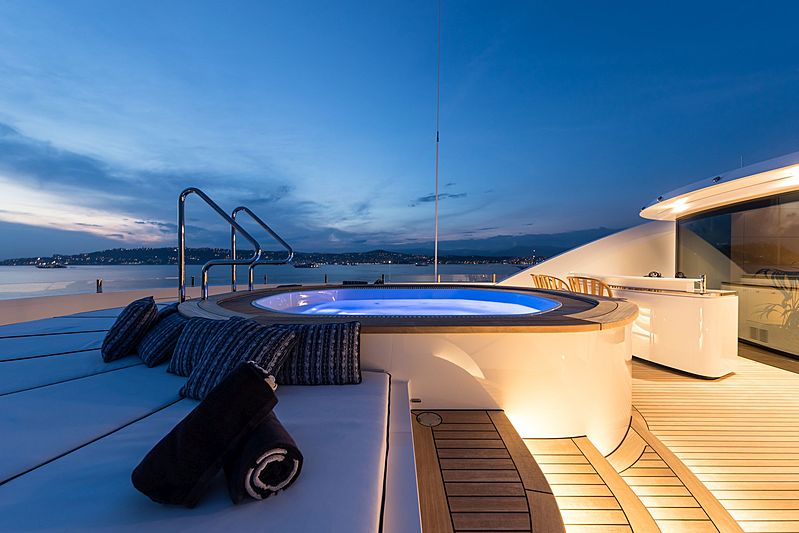