Boarding via the side-boarding ladder and entering the marble lobby beside the large central staircase is the start of a unique experience on board Lady Anastasia. With an interior decor elegantly crafted by Donald Starkey and an owner who has a love of classical music and Italian opera, the 47.73-metre superyacht is one-of-a-kind. 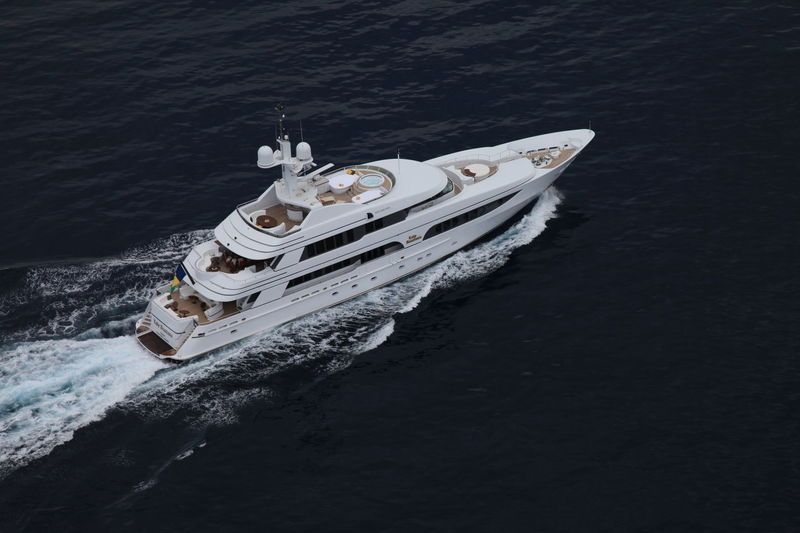 Photo: Imperial YachtsBuilt by Sensation Yachts in 2001 and still fresh from refits in 2010 and 2018, the four-deck superyacht can accommodate 10 guests across five staterooms. Perfect for lounging and listening to music, or hosting a classy cocktail party, Lady Anastasia has amenities to suit any occasion: the games table, entertainment systems and large bar are fine examples of the fun details on board. 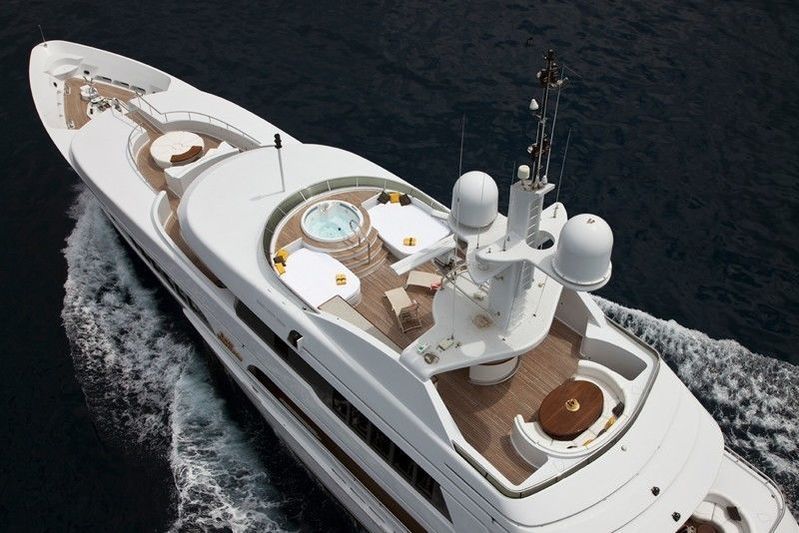 All of this is currently listed for sale with Imperial, and broker Greg R. Thomas is busy looking for a new owner and welcoming viewings at the superyacht’s current location of Port Adriano, Palma, Spain. To find out more about her and the quest to find her next owner, Greg R. Thomas speaks with SuperYacht Times and reveals more about his time as a broker and what’s to love about Lady Anastasia. 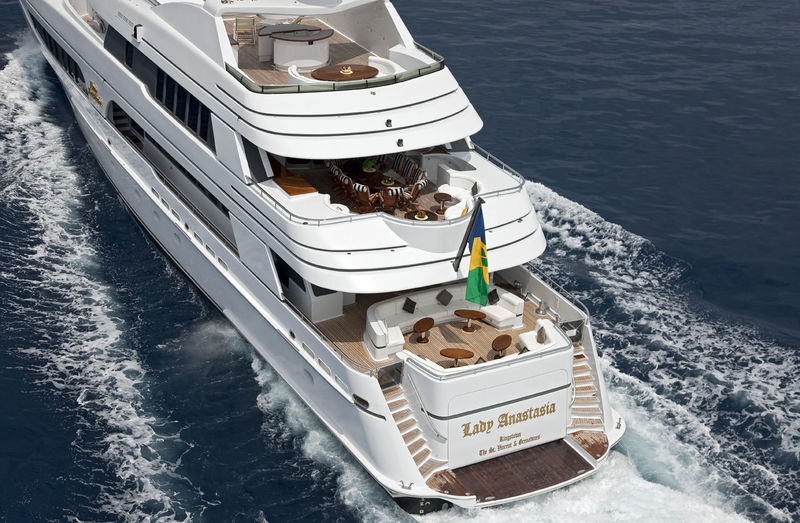 Photo: Imperial YachtsYou have been a broker with Imperial for six months, tell us more about your career and involvement in the yachting industry prior to joining Imperial.

Prior to joining Imperial, I left University in 2012 and took on a role at Clyde & Co in the Business Development department in their Marine division. It was at Clyde’s, under the direction of the highly respected, industry renowned, John Leonida, where I was first introduced to the yachting world. Early on, I was involved with the participation of the World Superyacht Awards where Clyde’s presented the Neptune Award to Amels for the 62.4-metre Event. I didn’t know at the time that she was brought to the market by Imperial.

After several years at Clyde’s, I had developed a passion for the industry and decided I wanted to do more, and specifically in the sales sector. I took the leap and moved from London to the French Riviera in 2017 and joined the marketing team at Imperial, and most recently moved to my role in sales. 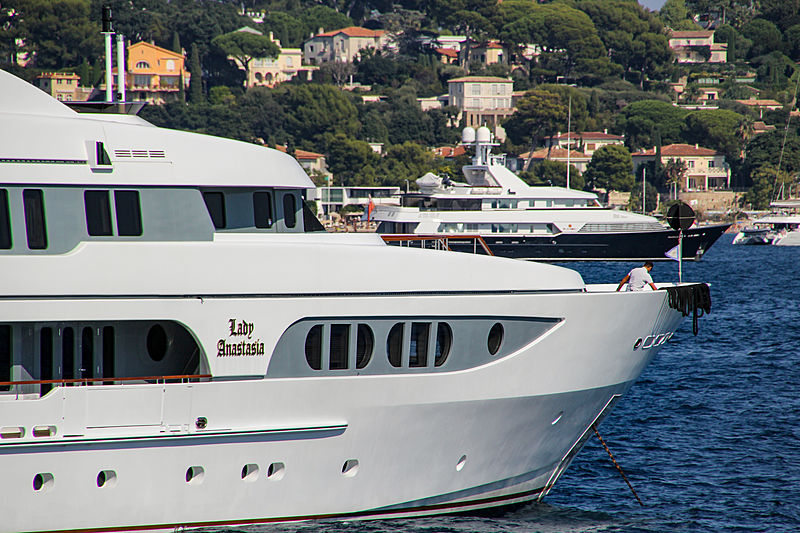 We met in Crete. It was in August 2018 during her video shoot and she was anchored in the bay all on her own. I’ll never forget being on board the tender approaching from the shore and seeing her bold, striking stance for the first time with the sun breaking through the clouds. 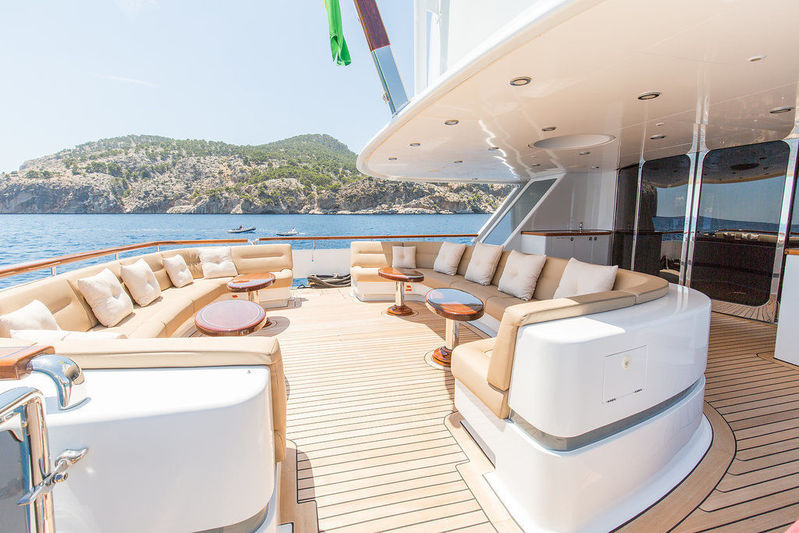 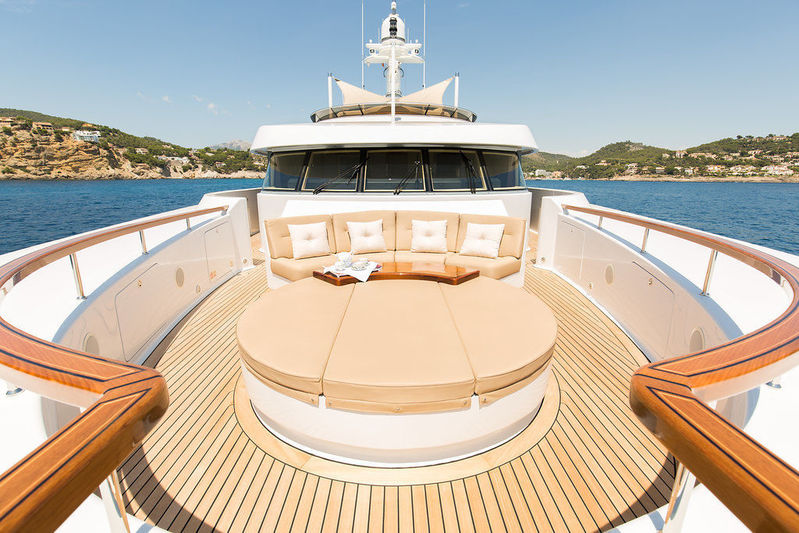 Photo: Imperial Yachts Where has she been in the world with her previous owners?

Lady Anastasia spends a lot of her time in the West Mediterranean, from Palma to Sardinia, but don’t let that fool you, she is fully capable of joining in on the winter fun in the Caribbean without the need for a transporter vessel. 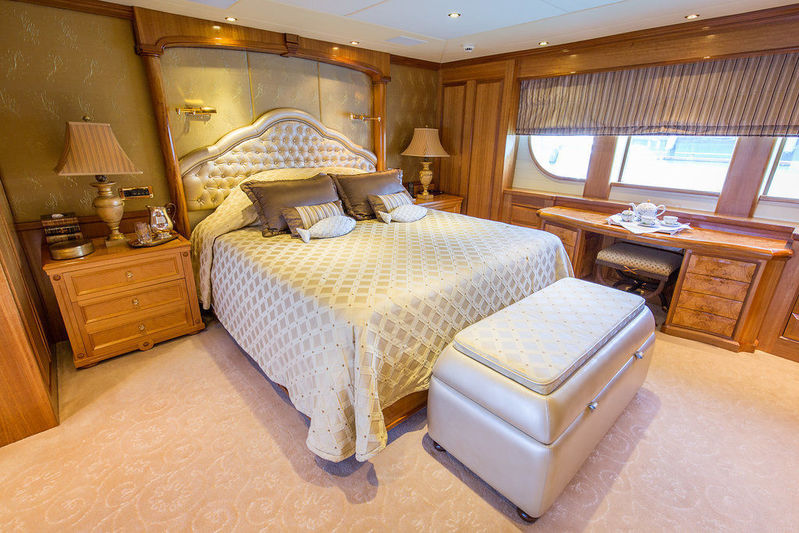 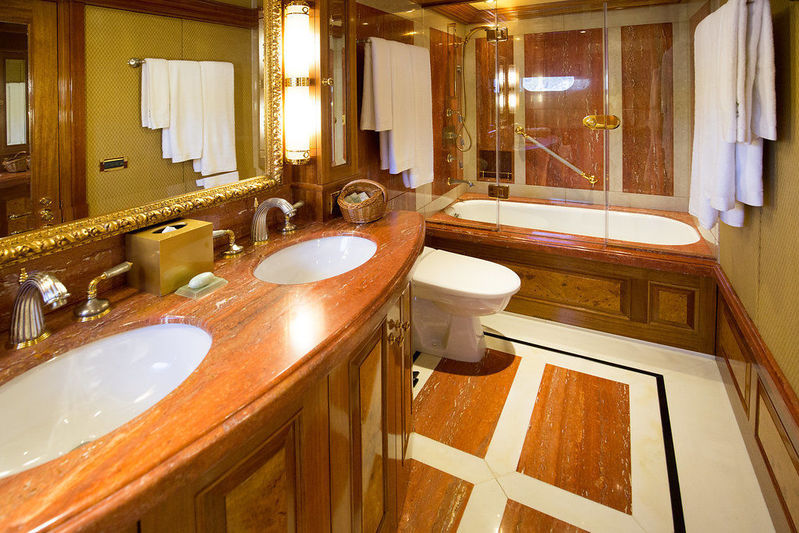 Photo: Imperial YachtsIn your opinion, what are her stand-out features?

There are several stand-out features with Lady Anastasia, but the sun deck is a key feature for me. Offering a vast area to sunbathe, with sun loungers along with a four-person Jacuzzi, a service area, with a fully functional bar under the radar arch, an outdoor cooking area with a grill, icemaker and fridges. By day the deck is large enough to hold an outdoor gym, and by night offers the perfect area for a party for her next owner and their friends. 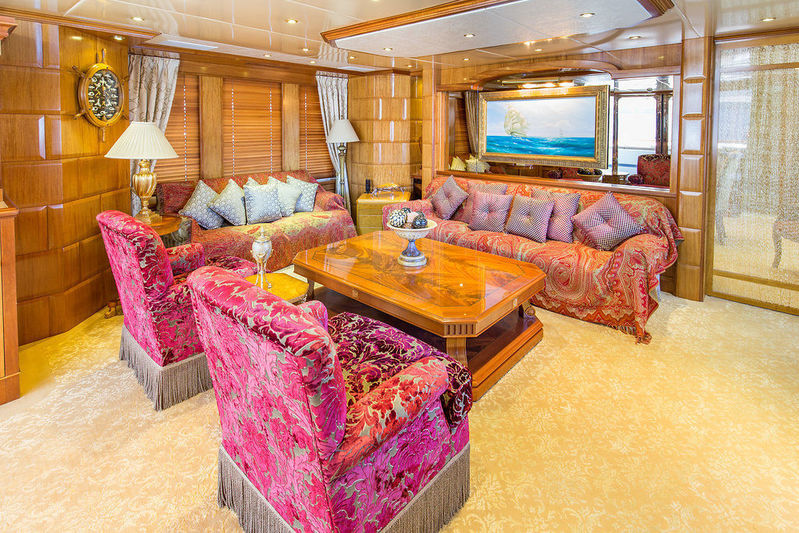 Refits have been undertaken from 2010 to 2018 and she has been maintained every step of the way. Most recently the bridge was fully refitted and now features top-of-the-range navigational equipment, to please any captain! 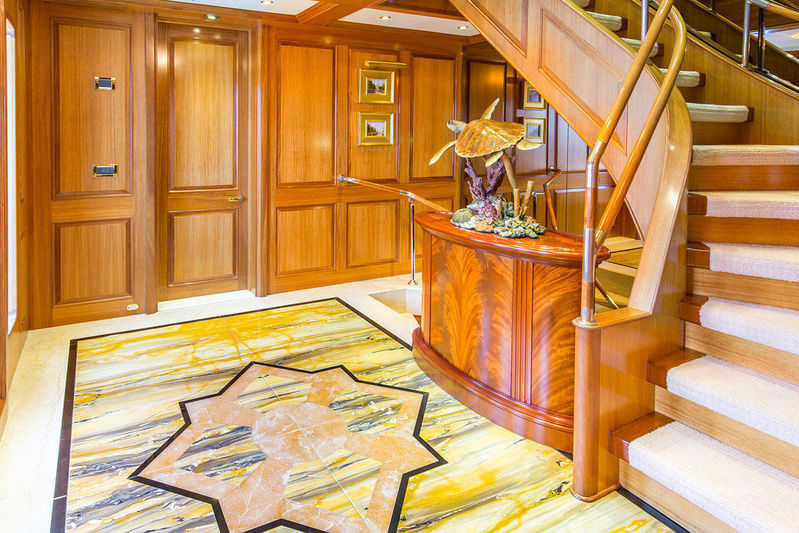 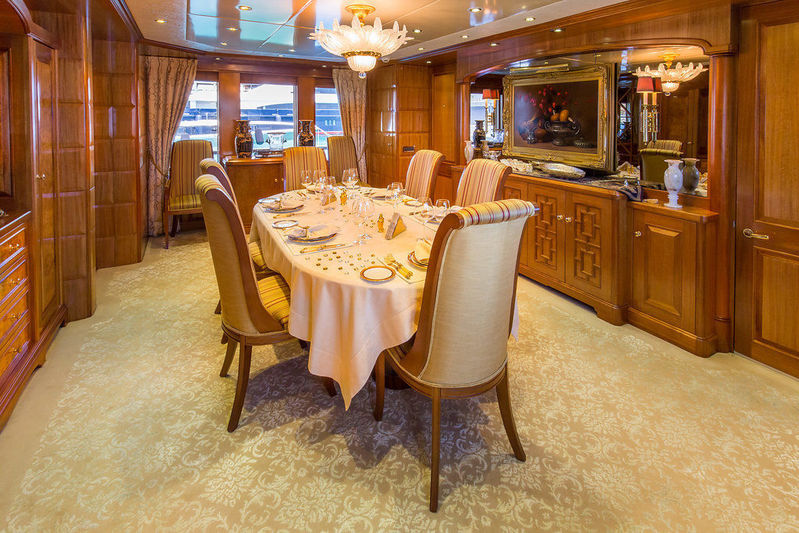 A lover of the arts, lavish design and classic marble. With an interior design by the expert hand of Donald Starkey, it is inspired by musical themes and the love of Italian opera and classical music - it really is something to see!

On board the timeless 55m Amels superyacht, Grace

6 February 2019 14:30
Market
This month, SuperYacht Times is interviewing a range of industry leaders in the brokerage sector to find out their views on the 2018 superyacht market. Today we hear f...

22 December 2016 08:30
Established in 2004, Imperial Yachts has rapidly grown over the past 12 years to be one of the most well respected full-service brokerage companies in the industry. Of...