Sanlorenzo has just announced the delivery of the third unit of the Sanlorenzo Alloy model, the 44.5-metre superyacht. SuperYacht Times takes a closer look on board the superyacht, which features an impressive and alternative interior layout. 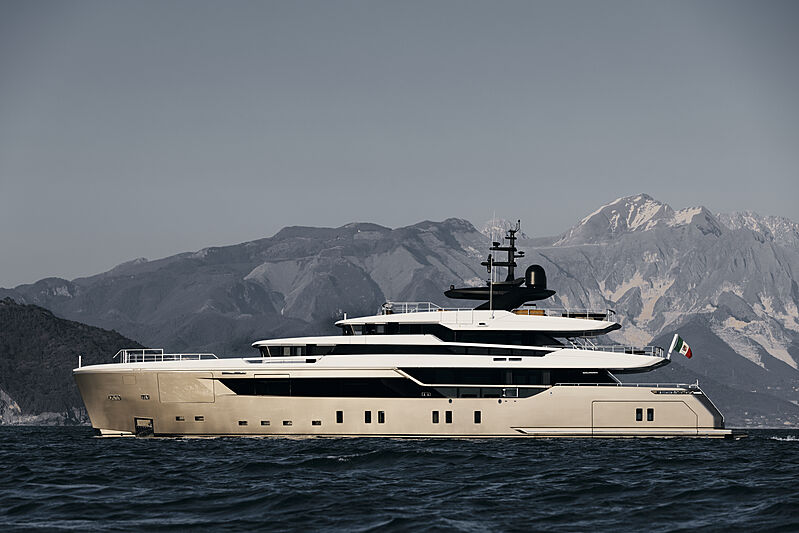 The yacht is constructed entirely of aluminium and features an exterior design penned by Zuccon International Project and an interior from the drawing boards of French design studio, Liaigre. Her interior and exterior designers closely collaborated to create a relationship between the internal and exterior spaces to create a seamless flow between the two. Bernard Zuccon of Zuccon International Project comments of the collaborative effort: “Among all the Alloy projects, in the 6th hull, number 137, there was a particular development thanks to the collaboration with the French studio Liaigre, which took care of the interiors, and which certainly gave an added value in terms of interpretation of this project, consolidating and strengthening this fascinating architectural design of the range and giving it even more recognition and identity.” 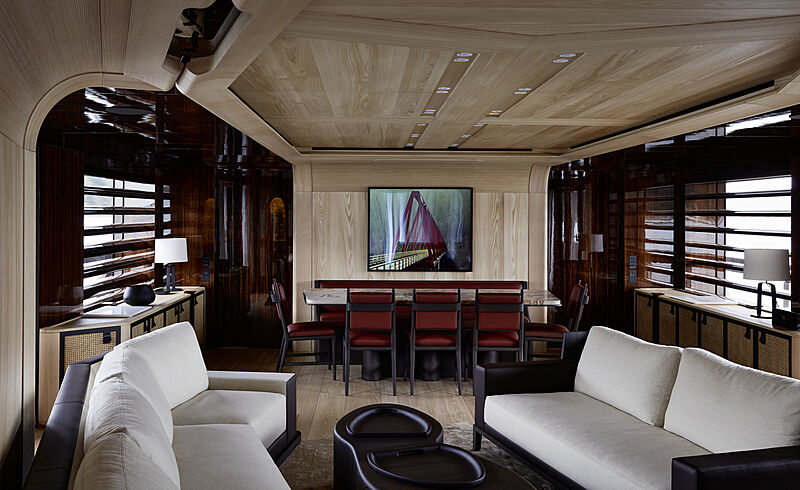 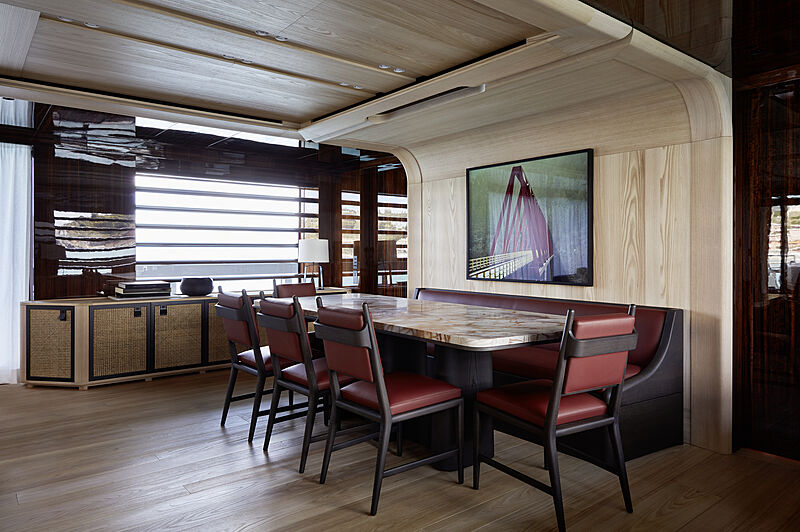 The owner of the yacht wanted her interiors to be a fusion of “an Asian style with a French touch.” Architectural elements such as the doorways, which are slightly more narrow towards the bottom, and the integration of two terrariums with bonsai trees in the main saloon, meet the requirements of the design brief. Additionally, her interior is finished with materials such as light coloured woods such as elm and polished eucalyptus, which are used in the ceiling of her main deck and handrail of the central staircase. Her interior furnishings have been custom-made and designed by Liaigre studio to reflect the specific design briefing of the superyacht’s owner. 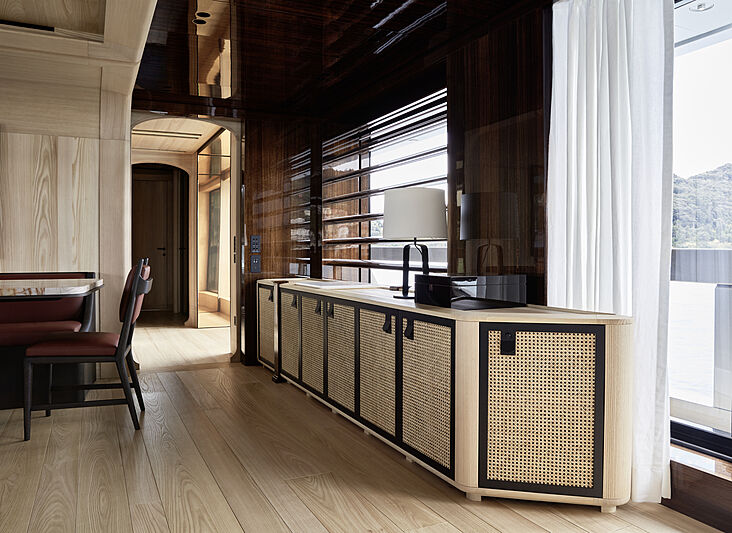 Also central to the design brief was the creation of “micro-stories” or “creating environments within environments”, as explained by Liaigre design studio. The owner’s suite, which is connected by a double staircase to the superyacht’s three levels, creates a sense of simultaneous privacy and connection to the other spaces on board. Guillaume Rolland of Liaigre comments, “We approached this interior project in terms of a challenge: starting from a given structure, we thoroughly studied every single environment to maximise its functionality by creating and obtaining new living spaces for the owner." 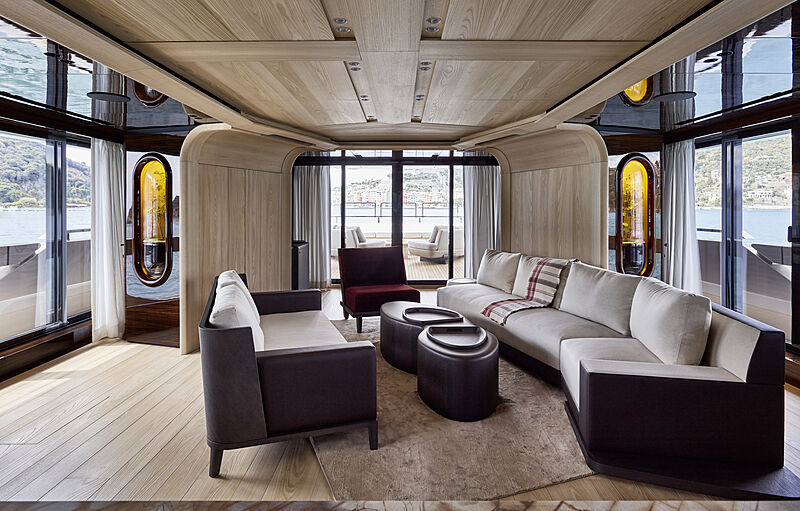 The yacht accommodates up to 10 guests across five staterooms. Her guest accommodations are situated at the lower deck. Her impressive 147 square-metre owner’s suite is dispersed across three decks and features a large sleeping area complete with a walk-in wardrobe, bathroom and lobby and has adaptable partitions to change the layout of the room. The private apartment, across multiple levels, opens to an indoor studio area and outdoor area to the aft complete with an exterior lounge area and swimming pool. 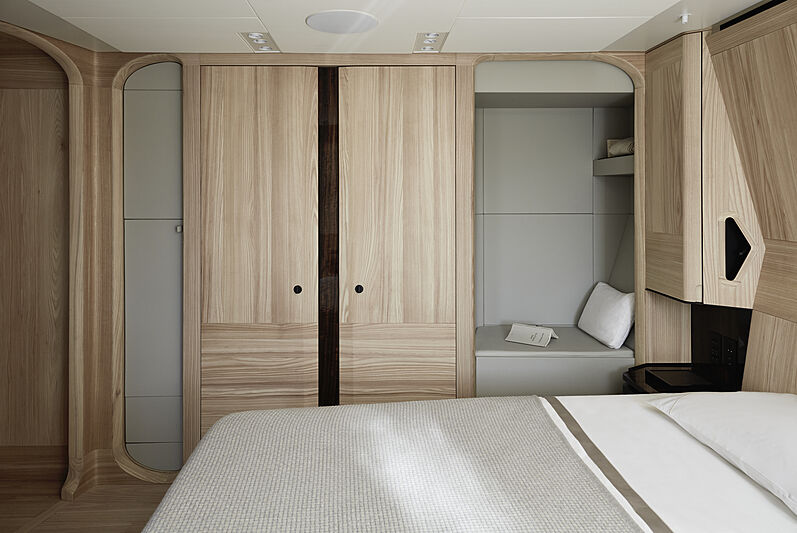 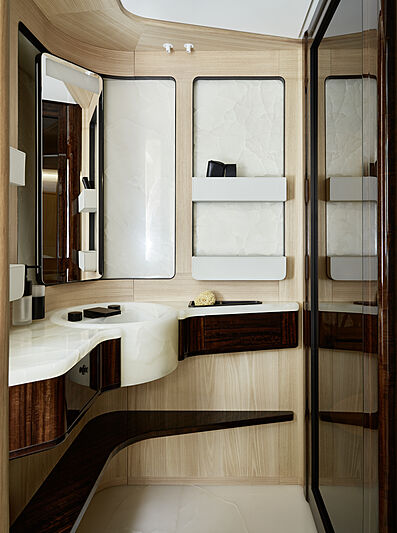 Common interior spaces include her spacious main saloon and a cinema on her upper deck. 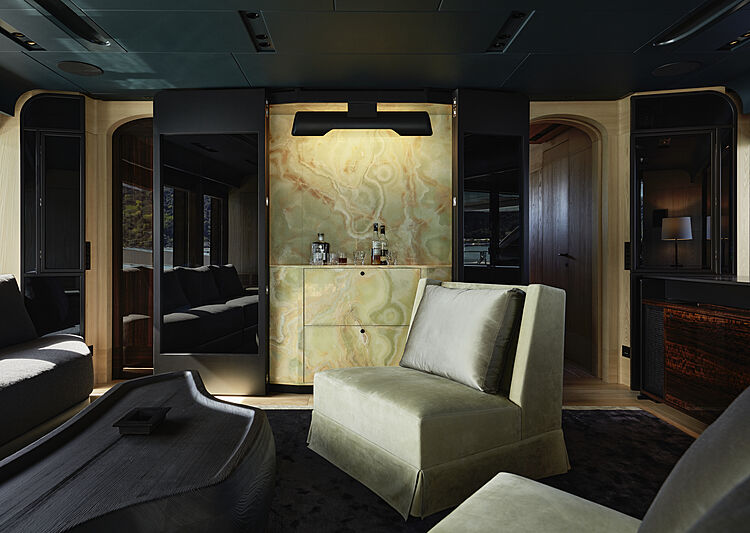 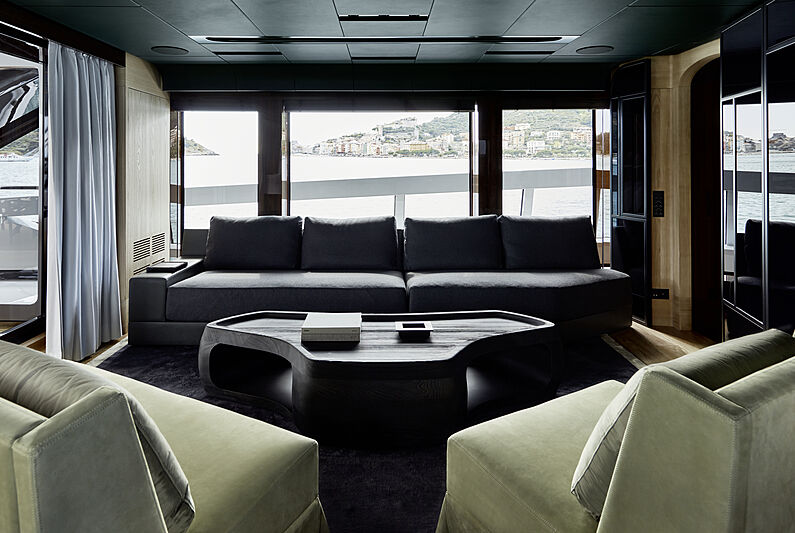 Outside, the 480 GT superyacht features a 102 square-metre beach club, which features a bar, gym area, a folding stern platform and two side platforms. An additional exterior lounge is found on her sun deck where guests can sunbathe or dine al fresco. She sports twin MTU 16 V 2000 M96L diesel engines and can reach a top speed of 21 knots. 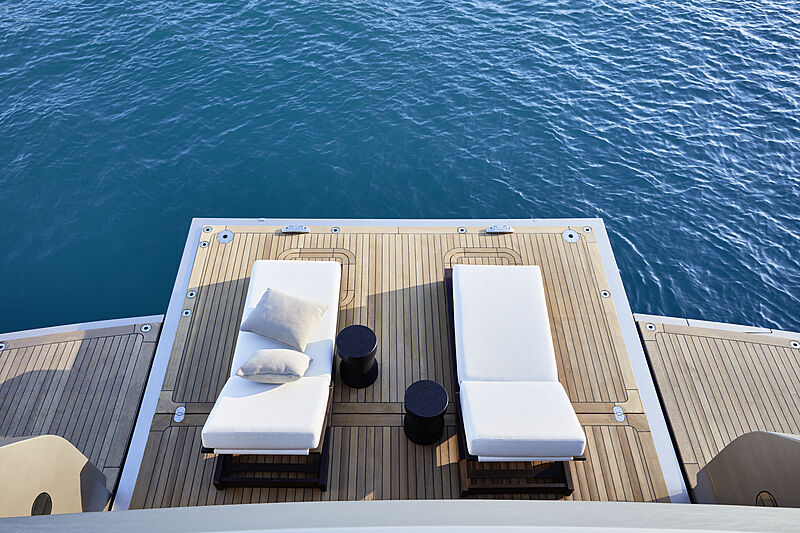 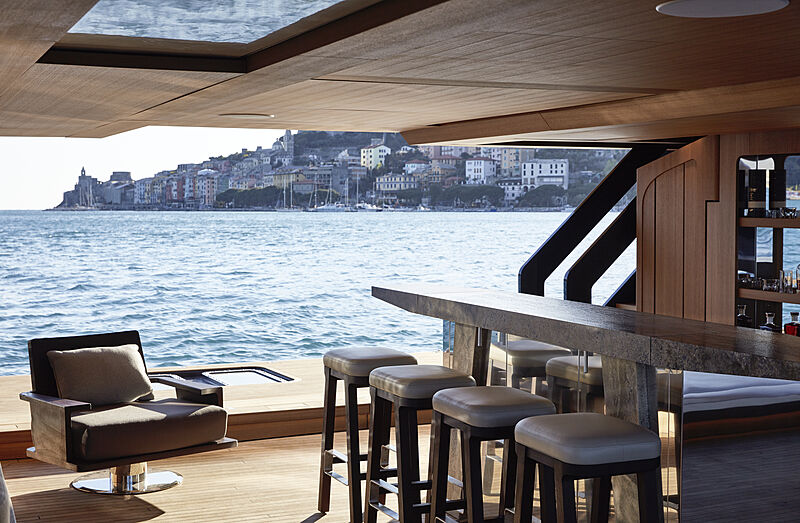