First announced during the 2016 edition of the Cannes Yachting Festival, it is exactly one year later that, from rendering to reality, I find myself standing on the deck of the new Sunreef 88 Double Deck in the same French port. In between the first announcement and the unveiling were eight months of hard work by the Polish yacht builder which has revealed a delightful family escape that is ready to take on the seven seas. 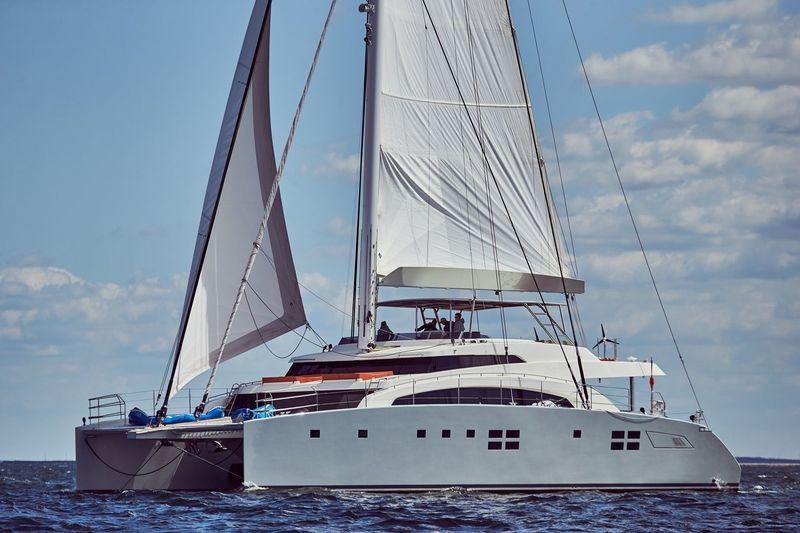 With a project backed by an experienced owner such as this together, with the expertise on offer by Sunreef, the 88 Double Deck was always going to be a success but it is only when experiencing her immense living areas first hand that this becomes more apparent. 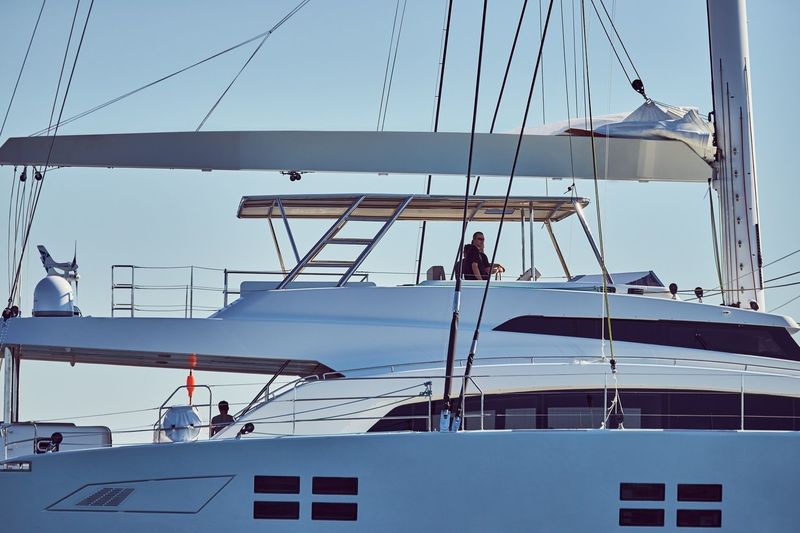 Built on an entirely new naval platform that is designed to deliver a stable experience to the owner when underway, the 88 Double Deck does this in style with a sleek deckhouse structure that still offers plenty of space inside. Throughout the design process my main focus was to imagine a natural and homelike feel while keeping the interior practical and secure,” comments project interior designer, Aleksandra Schade. 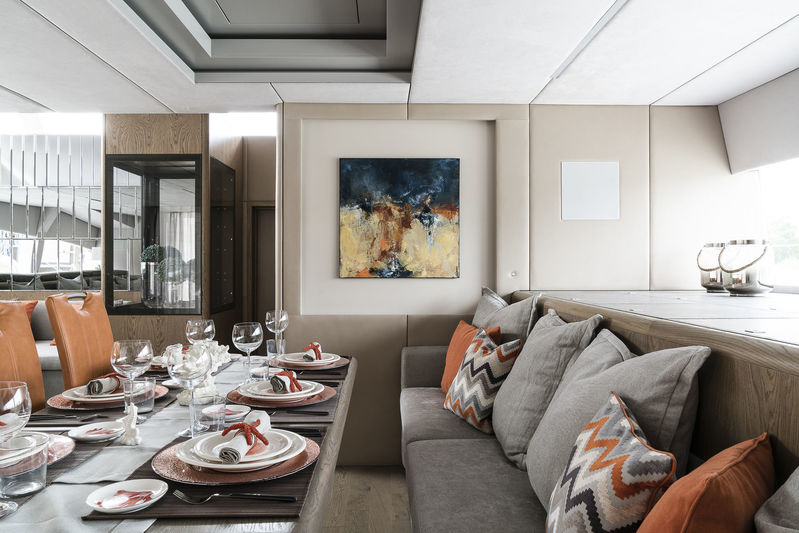 The main saloon is all about entertainment and spending time with family in an open and borderless space. A double-height atrium along with large eye-level side windows invites the summer sunlight inside and highlights the textures and colours of the dining area and lounge. An internal helm station forward of the dining table makes for safe navigation during bad weather and overnight cruises. 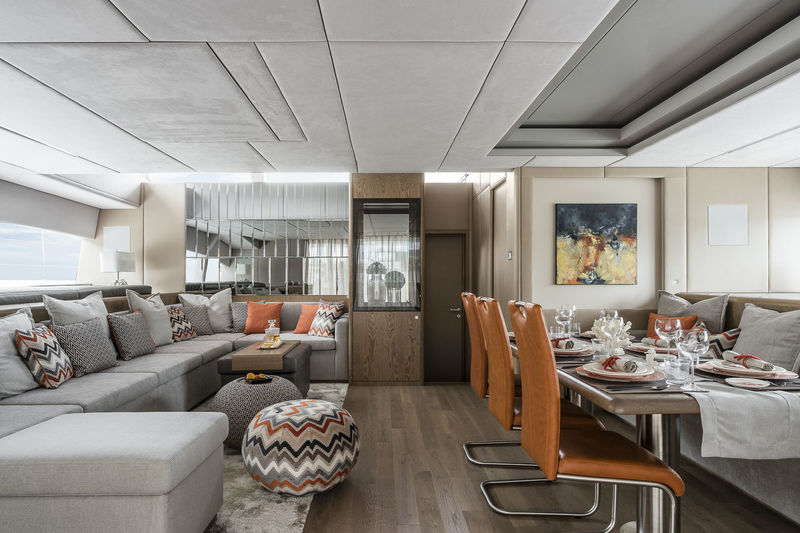 The bottom forward-facing windows of the superstructure give the master suite its desirable views which stretches nearly the full width of the vessel. Inside the suite is a bed to port with a comfortable raised chill zone to starboard from where guests can watch the world pass by during slow cruises, or simply catch up on some reading on those rainy mornings. Oak cabinetry throughout the cabin provides loads of storage – one of the many advantages that a multihull hold in store. 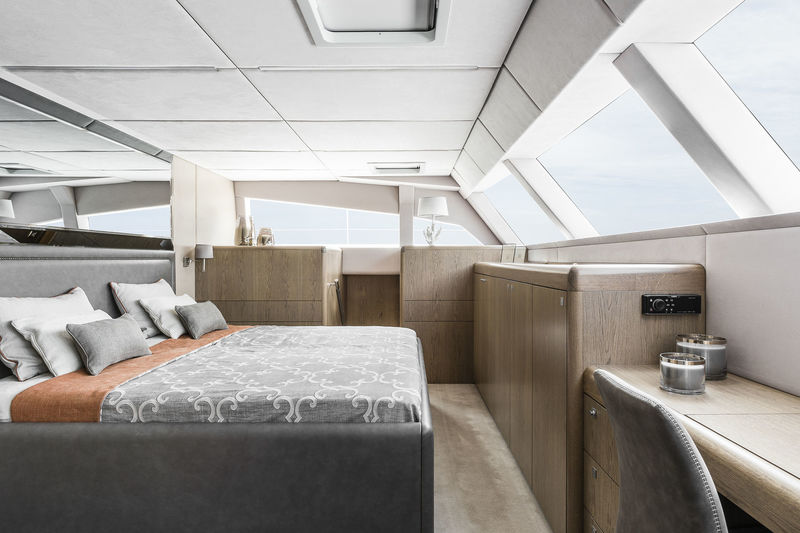 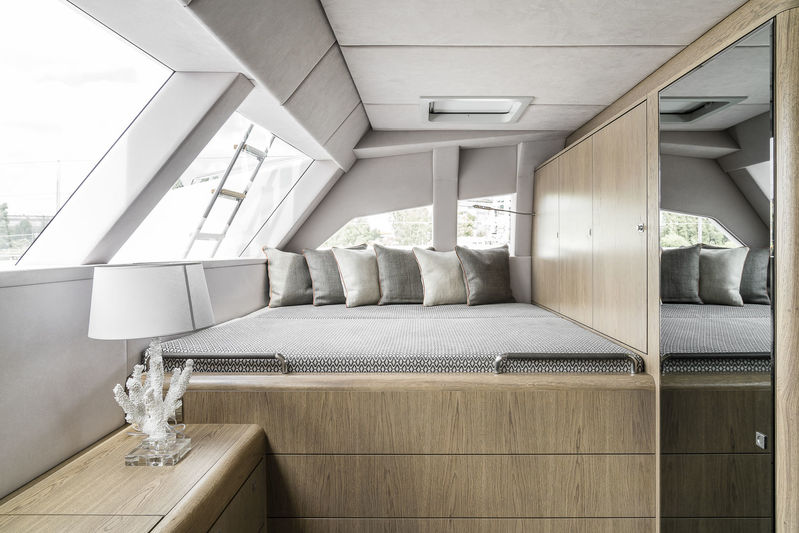 Inside the two hulls are three additional VIP double guest cabins along with a twin crew cabin adjacent to the galley inside the starboard hull. Clever lighting solutions in these cabins create a sense of space and the raised beds put the portholes at eye-height for a natural view to the outside. 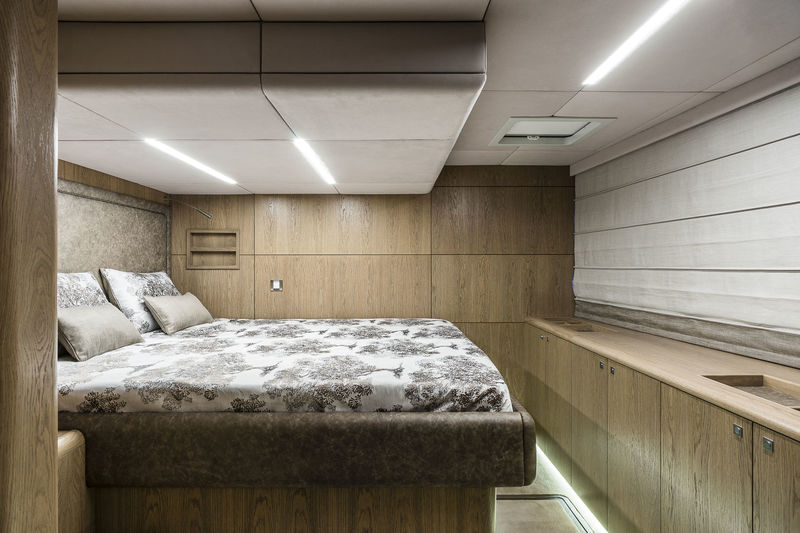 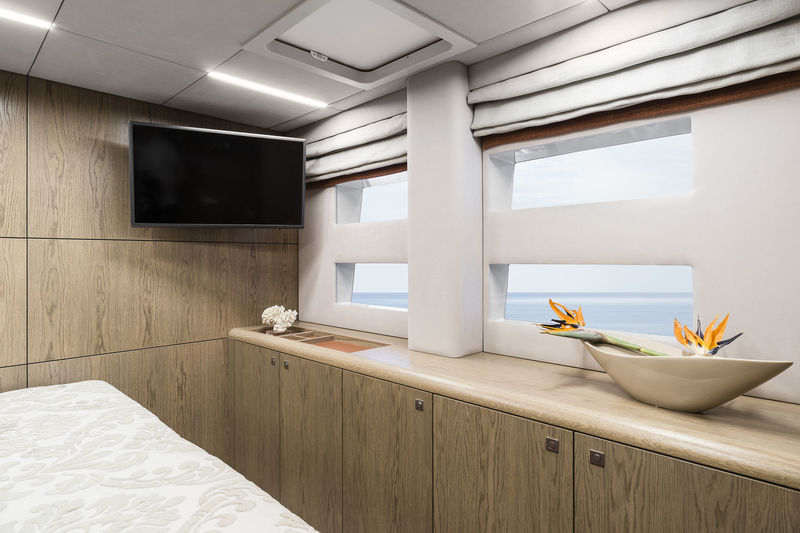 Out on deck, the flybridge with its expansive living spaces has got to be the number one outdoor area for guests to unwind in. Here a large sunbathing lounge aft looks over a dining area in the central part of the deck that is served by two crew stations on either side including a barbeque and fridge. A rigid bimini structure keeps you cool as you enjoy your lunch with a view. 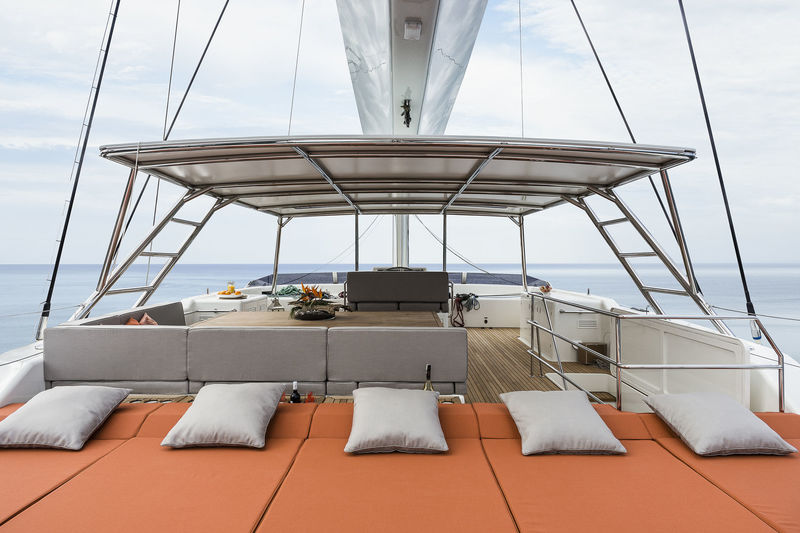