Built by Italian shipyard Benetti in 1998, the 49.9 metre superyacht QM of London is currently on display at the 28th edition of the MYBA Charter Show in Genoa. Sold in 2014 to a new owner with a very clear idea of exactly what he wanted to transform the 18 year old boat into: the industry’s premiere family-friendly charter boat. 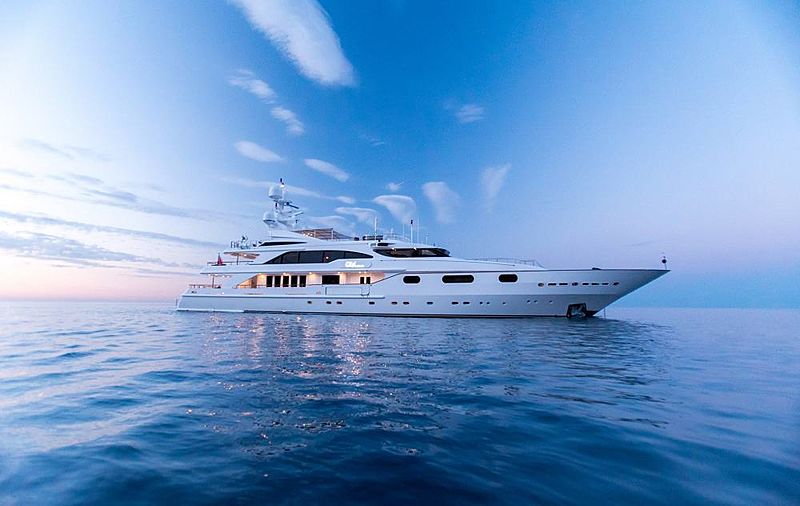 To achieve this, QM of London has undergone extensive winter refits over the past two years undertaken at Lusben in Italy. The first was completed in Livorno and the second in Viareggio. Australian Captain, Craig Martin, informed us of just some of the extensive list of works on board which included retrofitting a bulbous bow, mechanical works and upgrades, an upgrade of the bridge and navigation equipment, the rebuild of the majority of the cabins on board, the replacement of all soft furnishings, a new custom 10.4 metre tender, a whole new host of water toys and a substantial investment in the training and qualifications of the crew - and that’s just to name a few.

Here, we talk to Captain Craig Martin, who tells us a little more about her extensive refit process as well as the effect on her charter schedule. 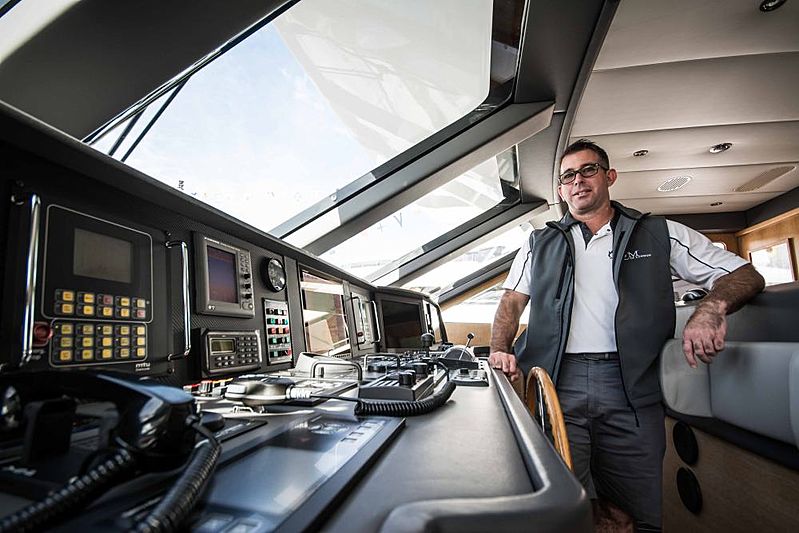 You were very involved throughout each refit. Can you tell us about the process?

I was, basically, project managing. The setup we have on the boat means that I have a direct link to the owner. The owner has ideas and prerequisites, but he also listens to myself and my opinion, and of course I delegate on board. We sit down together and we formulate a plan. I liaise with the yards and the boss about budgeting, making sure bills are paid on time, organising deliveries back and forth, as well as all the general things you have to do when you’re running a boat: making sure the crew are functioning and happy and we keep that crew retention rate high.

You’ll be doing another refit next winter?

Yes, due to the sheer scope of work that we had to do. It wasn’t possible to do all the work we intended in the space of a winter, so we’ve broken it into sections. The first priority is to make sure that the boat is sound and safe and mechanically functioning the way it should do, then it’s aesthetics, then the final stage of the refit is what I like to call the 5% - the details. 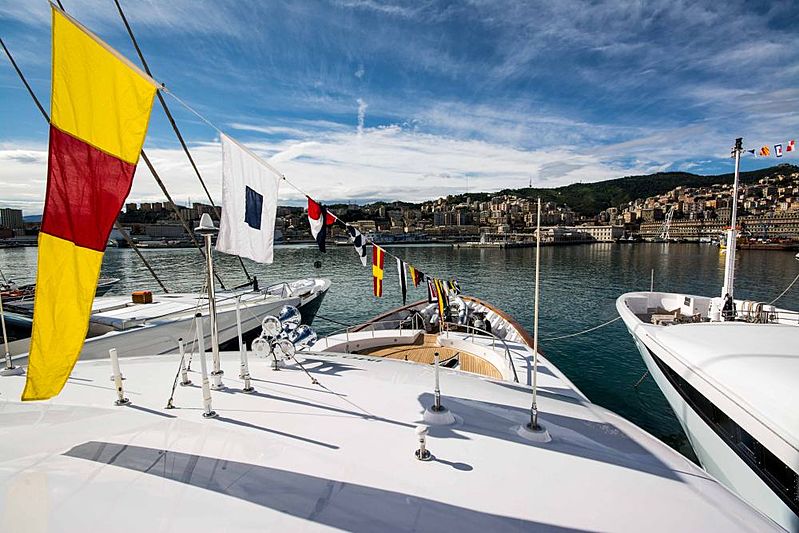 Has she had a busy charter schedule last season and for the coming season?

Yes, for both actually. We signed with Y.CO primarily because of my relationship with Director Charter Management, Tom DeBuse. When he met the boss, he really liked him too. They have a very similar mindset and approach to the way we do things. Last year we noticed a considerable difference in our charter. We were slammed. We started late due to a couple of delays with our carpentry work, so we didn’t actually get out and start the season until June. From then until the end of September we were very busy and we did very well. We bettered the target we aimed for by 10%, and this season we’re hoping to beat that again. We’ve got a two week repeat charter signing soon, and another five weeks already booked.

Where do you usually cruise?

We’re a Mediterranean based boat, so we could be anywhere from Turkey to Gibraltar. Each season we discuss with Y.CO, we discuss with the owner, and we map out a plan based on the ideal places to charter and where the boss wants to see. A lot of different factors. This year we’ll probably be in Ionian Greece through to the Eestern Med and Southern Italy, and maybe as far up as Rome.

Does the owner spend a lot of time on board?

Not a huge amount - he’s very receptive to chartering the boat. He has an idea of what he wants the boat to be, which is the premiere charter boat in the industry for this size, and he knows that he has to be flexible with his days. A couple of times last year he jumped and juggled around, but generally he likes to be on board when it’s a bit quieter too.