Home > News > On board: the 52m superyacht Mischief in Genoa

Built by Baglietto in 2006, the 52.45 metre superyacht Mischief is currently in Genoa for the 2016 edition of the MYBA Charter Show. Like several of the large yachts at the show, she has recently completed several works on board. Taking place at Benetti, Mischief has also received a new Captain lately, with experienced English Captain Will Robinson taking the helm just three weeks ago. Here Will talks to SYT about the works that took place, as well as the charter experience Mischief offers her guests. 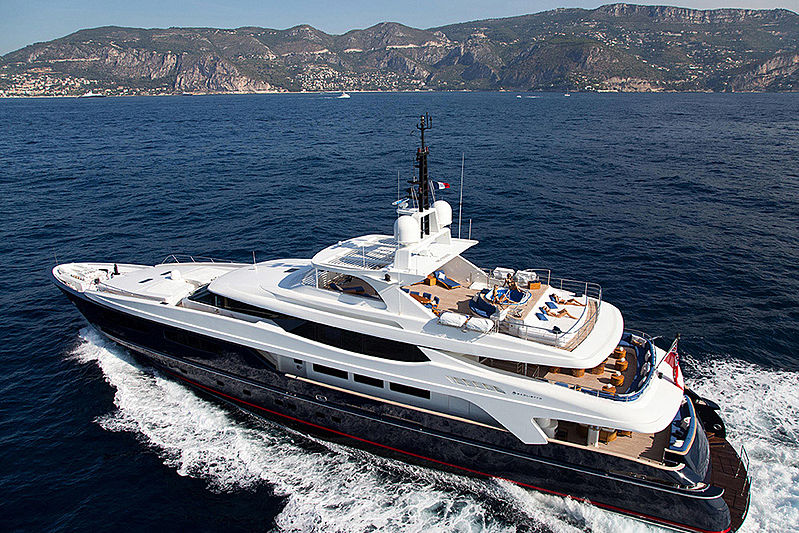 Mischief was at Benetti over the winter. Can you tell us the list of works that were undertaken?

She was having her 10 year survey with RINA, and then the owner’s decided to start an interior refit. They bought the boat last May and they obviously wanted to put their touch on it, so they lightened the boat quite a bit and changed a lot of the woodwork to white and made it light and airy inside. It’s the first phase of a couple of bits of interior refit work. 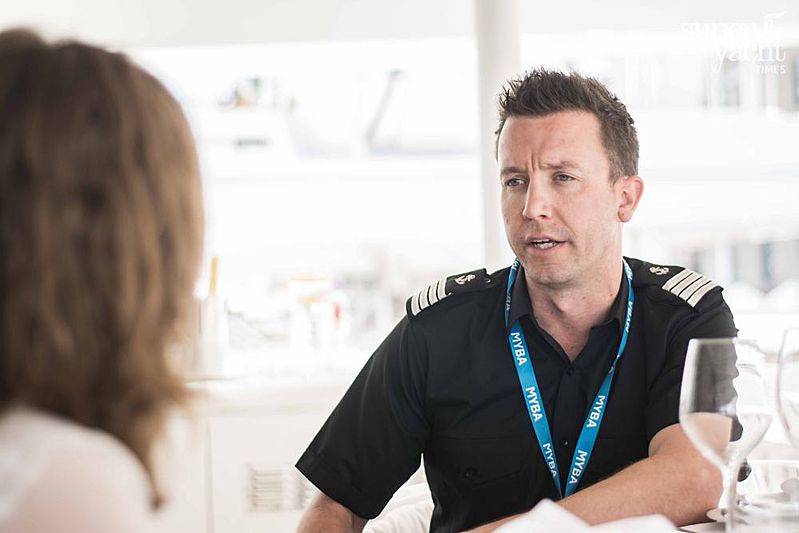 Can you tell us generally about the boat and what makes her a great charter experience?

I’ve only been the Captain for three weeks, but already I can easily see that there are a lot of great things about Mischief. You’ve got space for 12 guests and there is a great configuration layout inside, so you can change the cabins down below which gives us the ability to have six double cabins, which a lot of boats don’t offer. So if you have a party of adults, it’s nice. We’ve got a fine selection of water sports equipment - which a lot of boats do, but we’re always evolving it and adding to it. We’re very close to purchasing a big chase boat at the moment, which will also give the guests an additional element to enjoy. You get a lot of space with this boat, there’s a lot of open plan living areas. Great for parties and socialising on! 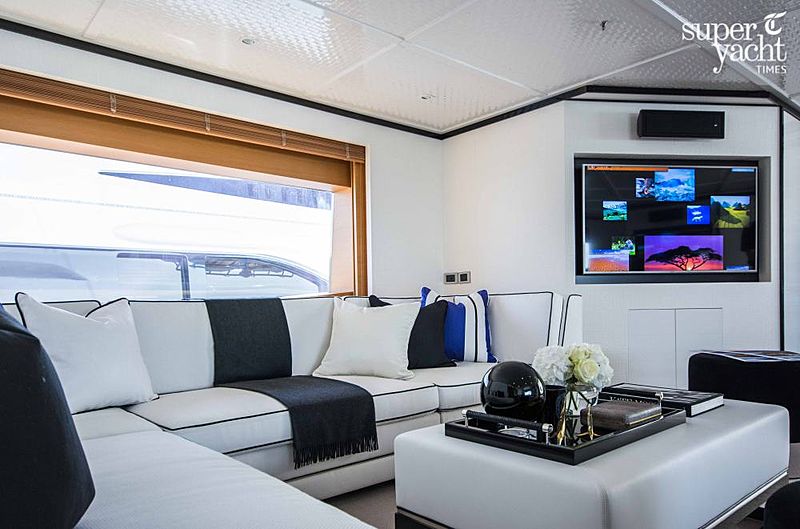 This boat is very active on social media. Can you tell us about that?

The owner’s are very hands-on owners, I speak to him a lot and I get what he’s aiming for with social media coverage. He likes to promote the boat and he’s very active in getting her chartered out. He uses social media as another element to advertise the boat. 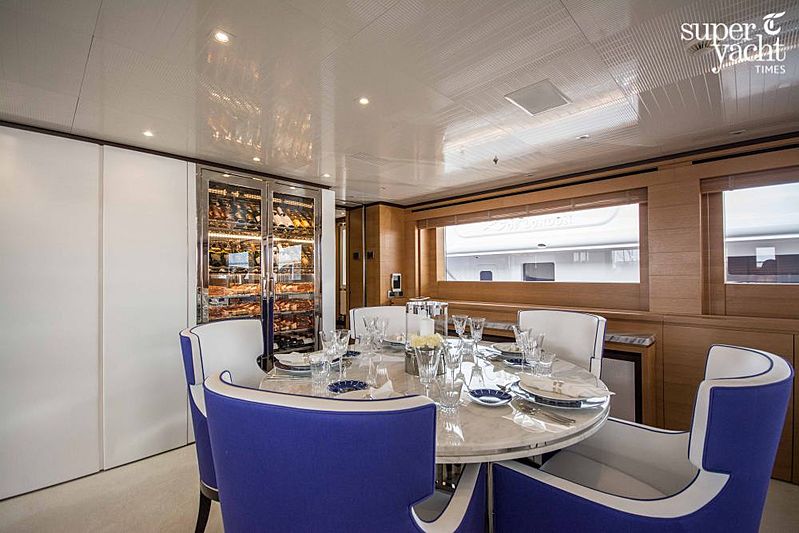 Was this the owner’s idea? Most owner’s are very private in regards to their boats.

He’s heavy into promotion, and he’s aware of the influence that social media can have on things nowadays. Any business you run nowadays, social media is quite an important part of it. He sees the boat as a business as such, it’s his toy and he enjoys using it himself, but equally he wants to promote the charter side of the business and wants people to be aware of what we do with the boat and what we can offer. There’s a lot of boats out there that are of similar sizes, so if we don’t do some pushing ourselves, you just become one of many. 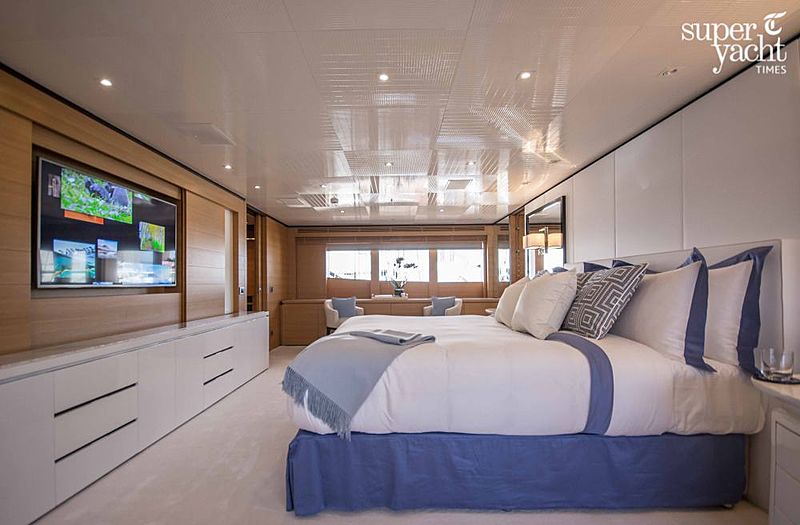 Where will you be cruising this summer?

We are aiming to mainly be in the Balearic islands and Spain, we have a Spanish charter license which not a lot of boats this size have, so hopefully we can capitalise on that. From Genoa, we will pick up the boss and go to Portofino, then down the South of France for Cannes and Monaco before we head over to Spain and the Balearic Islands where we will spend the peak season. 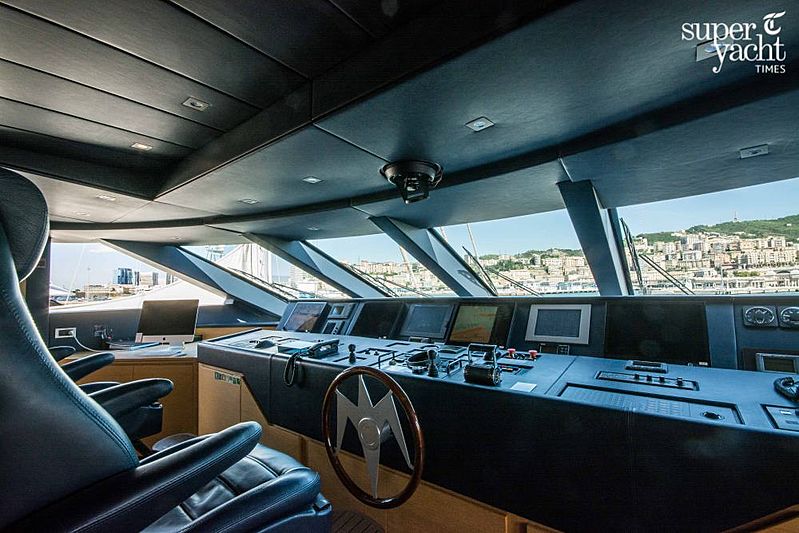