Home > News > On board the Darwin Class 86’ Percheron

This summer, Italian shipyard Cantiere delle Marche launched of the second Darwin Class 86’, a 26-metre Explorer vessel in steel and alluminium built by Cantiere delle Marche and designed by Sergio Cutolo of Hydro Tec. The yacht was christened Percheron, and was presented in september at Festival de la Plaisance in Cannes and will had her debut in the US, at the boat show in Fort Lauderdale. 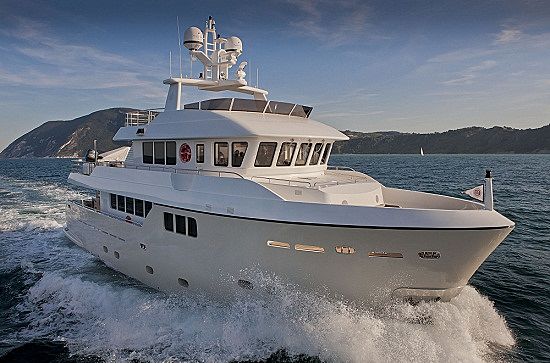 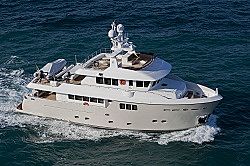 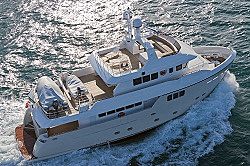 The new Darwin Class 86 Percheron, has a different layout from the first, Vitadimare3. “The yachts that we build here at Cantiere delle Marche are designed into their owners’ image", says Ennio Cecchini, CEO of CdM, “Percheron will set course for South America, until the Argentinian coasts. From there, they will cross the Panama Canal and reach Galapagos Islands”. 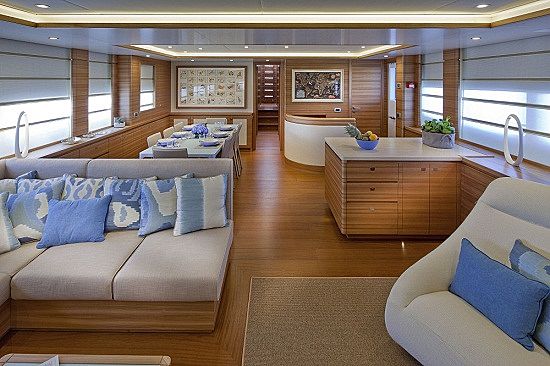 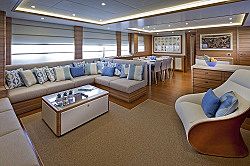 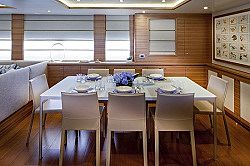 A voyage that is not coincidental: Cantiere delle Marche is a strong supporter of the Charles Darwin Foundation for the Galapagos Islands, an international not-for-profit organization that provides scientific research and technical information and assistance to ensure the conservation of the Galapagos Islands for future generations. Since its founding, CdM has pledged to donate a significant amount for each boat sold, as it will happen in october, during a public ceremony in Fort Lauderdale during the boat show. Swen Lorenz, Executive Director of the Charles Darwin Foundation: “Galapagos is one of the world’s most pristine tropical archipelagos, with wildlife that attracts nature-lovers from around the globe. We are delighted about the support provided by Cantiere delle Marche, which helps us to carry out crucial, cutting-edge scientific research.” 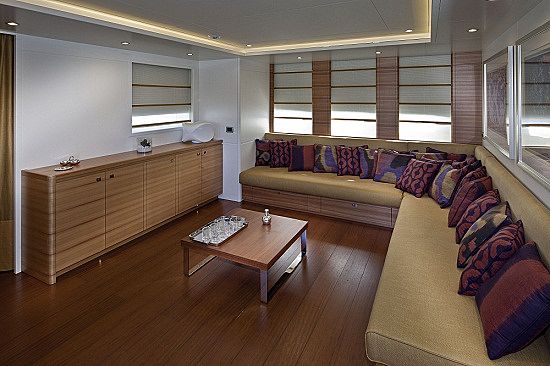 The yacht was built for a young family, which reflects in her layout. Four staterooms can accommodate eight to 10 people, and the twin cabins have pullmans, which turns them into a perfect children's room. 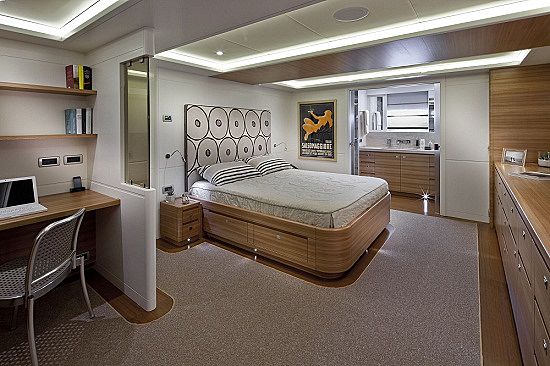 The yacht’s interior design distinguish itself thanks to the linearity and lightness of the materials: elm and white lacquer, geometrical details of carpentry, vivid ethnic tissues designed by the Maison Hermès Paris, and a deep attention to the spaces for the children. Everything has been thought considering the personality and the voyage plans of the owners. 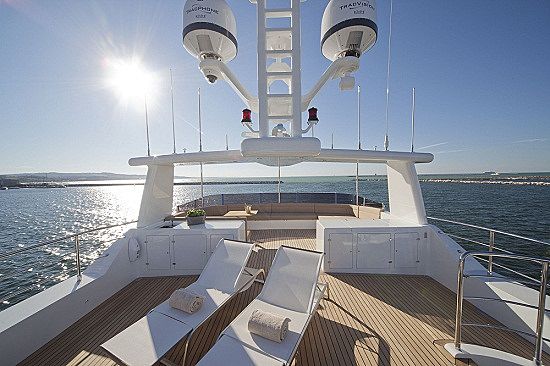 The yacht has just crossed the Atlantic, and her captain commented: "I’m very happy with Percheron’s performance over the Atlantic, 14days non stop of cruising and not one problem on board. All systems worked fantastically! Overall we burnt 31 000liters of fuel, leaving us 11 000 liters remaining which allows for an extra 4-5days cruising. Therefore we arrived with a very comfortable margin".