Home > News > On board: the new Sunseeker 155 Princess AVK in Genoa

The second vessel in the Sunseeker 155 range, Princess AVK, has recently been delivered. The largest model in the British shipyard’s fleet, the very first hull was delivered two years ago in 2014 and named Blush. Though the same model, the differences between the two vessels are substantial and immediately obvious, with Princess AVK featuring a simple all-white exterior with a subtle light grey waterline accent, setting her apart from the blue-hulled superyacht Blush. 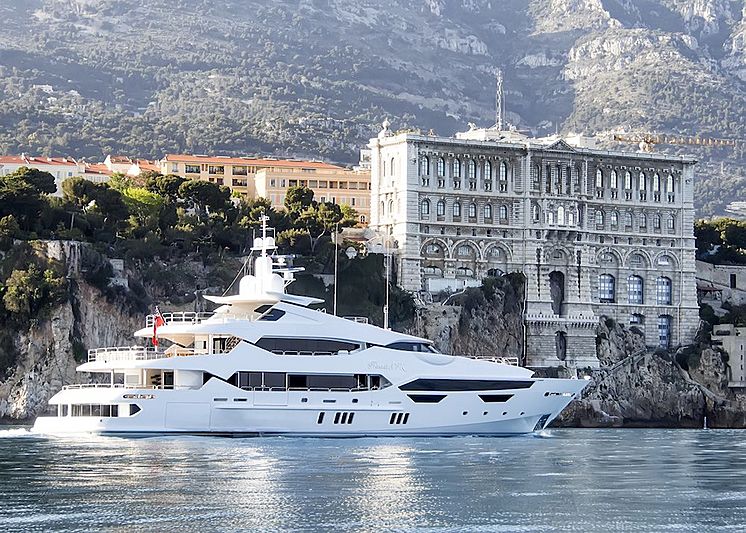 Both boats are offered for charter with Camper & Nicholsons, and both are currently on display at the MYBA Charter Show in Genoa this week. The SYT team were invited on board yesterday to talk with Captain Julian Sincock about the owner’s future plans with the superyacht and the differences between Princess AVK and sistership Blush.

Blush was delivered in 2014, Princess AVK is the latest hull in the same Sunseeker range. Was the owner influenced at all by Blush in the purchase and build of Princess AVK?

Yes, but just with what not to do. The first thing was that he wanted to change was to include six guest cabins. Blush has five and he wanted to be able to accommodate 12 guests without Pullman berths. The second thing was that he wanted a traditional decor, so they are the big two things he learned from Blush. In the owner’s cabin on board this yacht, the owner wanted large windows to make the area light and airy, which is a feature he also took to the VIP cabins.

Before we came on board we were going to ask you if there is room for two of the same model, both relatively new, on the charter market, but now we’ve seen both boats we can see that they are indeed very different.

They are very different. I think the thing to remember is that if you bring a newer model in, you are going to compete reasonably well with the whole market, not just the other Sunseeker out there. It’s a very popular market segment. 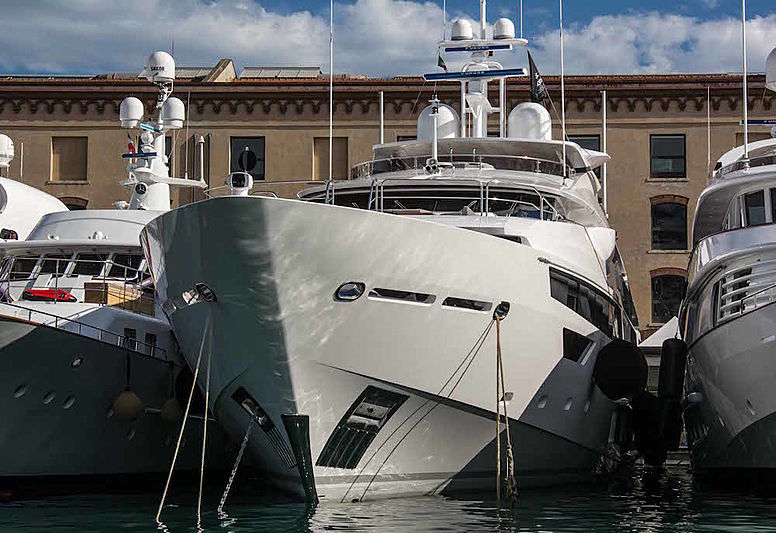 Do they affect each other’s success on the charter market?

We’ve chosen Camper & Nicholsons as our central agent, and obviously Blush is also with C&N. We could have gone with anyone, but we looked at it as complementary rather than something that was taking away from either boat. To a certain extent, some of the clients that like Blush also like us, and if Blush isn’t available, we may be, and vice versa. So I would look at it as complementary.

Was Princess AVK built to charter?

Yes, exactly. She was built to charter from the start. The owner was very clear that he would like his running costs covered, so whatever boat he has, he will always do that. He is just realistic. He isn't able to use it as much as he would like, therefore he doesn’t want us to be sat around doing nothing. He would rather try and cover his costs.

Whereabouts will you be cruising this summer?

We’ll be based in the Western Med this year, so we have a Spanish charter licence, so we’ll be between mainland Spain and the Balearic islands, then the Amalfi Coast and Naples. The Italian coast is very popular on the way to Corsica and Sardinia. We did a lot last year and we seem to have a lot of enquiries this year as well. In regards to the winter, this year we are very deliberately staying here as she is a new boat, but next winter we will do something. 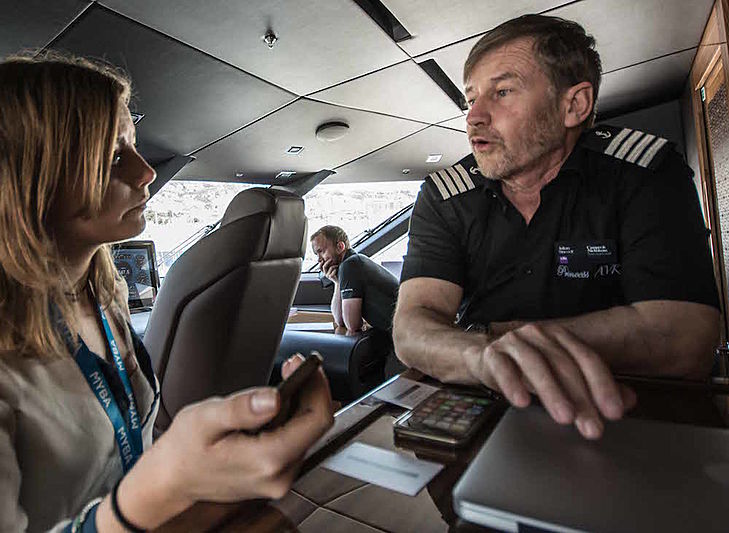 Do you think the owner will go bigger than the Princess AVK?

Yes. He’s planning it but it takes time - it’s a three year build process minimum. So his 40 metre was his first boat, Princess K, and he bought this very quickly. He actually bought it just a few months after the 40 metre was delivered, taking into consideration the build time. Now he’s having a bit of a break. He realised that the advantage of this market segment is that it is under 500 GT, and he knows that if he goes any higher, it is a totally different ball game. With the charter side, if you want that income then of course with a bigger boat your income goes up, but the costs go through the roof. I suspect that he will be very happy with this boat for a while.