Home > News > On board: The newly refitted superyacht The Wellesley in Genoa

Following her sale at the beginning of 2015, the 49.8 metre Oceanco built superyacht The Wellesley has had quite a year. Formerly known as Anedigmi and a popular charter yacht in her own right, her new owner had a very clear vision as to what he wanted his superyacht to be. Taking her to Antalya, Turkey, for what was supposed to be a three month refit, she ended up staying in the yard for a year, with several particularly impressive works transforming into her one of the most chic and sophisticated charter yachts on the market - especially considering she was originally built in 1993. 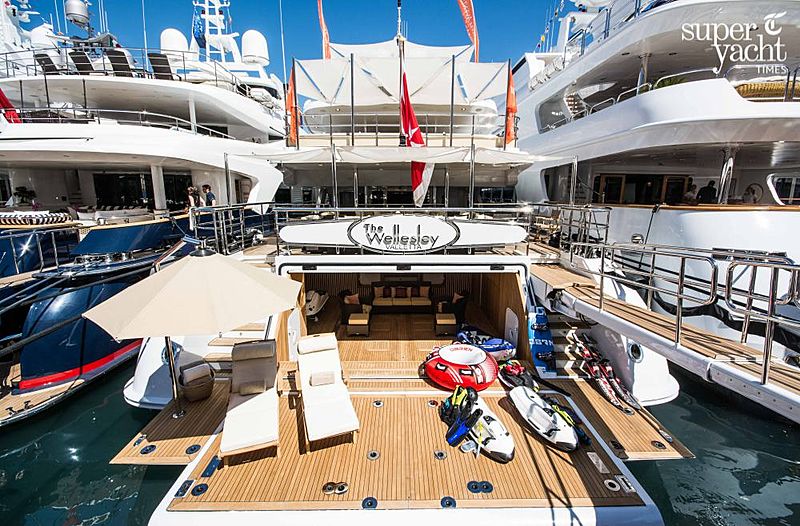 Though interior photographs are still unavailable to the public, SYT were given a comprehensive tour of the brand new The Wellesley (the same name as the owner’s luxury hotel in London) by English Captain Graham Tindall. Here we talk to Tindall about the substantial changes on board. 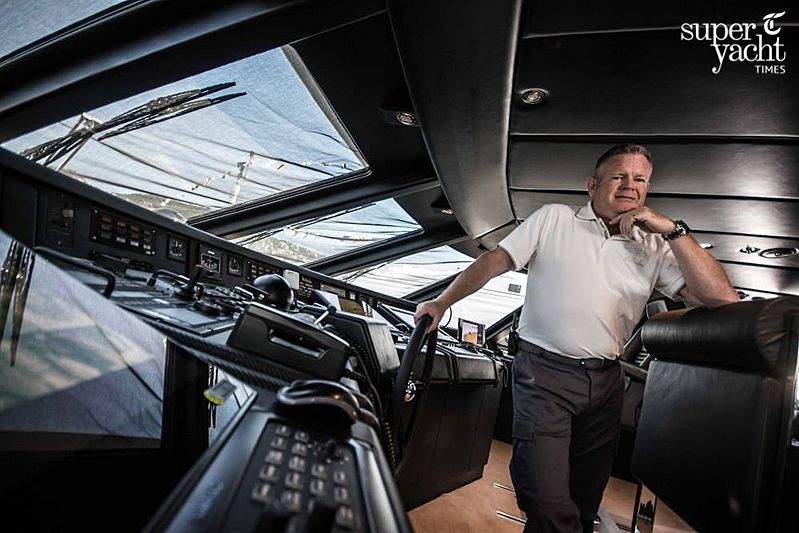 You recently came out of a big refit in Turkey. Can you tell us about that?

It was in Antalya at a little known yard, they’re a small company and this is their first big refit that they’ve taken on. You can see on board that they’ve done a heck of a job.

So you’re happy with the results?

Yes, very happy. Originally we had decided we were going to do three months work. A year later we had done so much work on board. The owner is a very ambitious individual - The Wellesley Hotel, for example, which is his big hotel in London, is always changing. With the refit he would come and change this, change that… and I told him that this wasn’t going to be three months of work. He said, ‘Yes, we’ve decided we’re going to stay the year!’ We were actually in the yard in Antalya at the same time as Ruya. We left two weeks before them.

Can you give us an overview of some of the work undertaken when you were in Turkey?

We put in a beach club, and a seven metre extension on the back of the boat. We also put a new VIP cabin up forward, put full height windows in the main saloon and removed the bulwarks, and every cabin and crew area was refurbished. Everything with the owner is about lounges, so there are lounges everywhere throughout the boat.

This is the first time she’s been shown since the works have been completed. How has she been received so far?

Very well. Better than I could have hoped to be honest. As much as I am enthusiastic about the boat and about the works - because I actually ran her for a year before she was The Wellesley - so far we’ve had extraordinary reviews from people. People come on board and their overview is fabulous, which makes us feel great.

Was she a popular charter yacht as Anedigmi?

She was. Worth Avenue Yachts wanted us to charter her, so we came to Genoa in 2014 with no charters, and we left with nine weeks. She chartered amazingly well in that last year. This year we hope to better that. The whole dynamic has changed now. We have a bigger, better product, which means we have a bigger, better price tag. We have numerous enquiries and a lot of positive feedback. We’ll be based in the Central Med, so Italy and Monaco.

On board: the 52m superyacht Mischief in Genoa