After being shown to the public for the first time at the Cannes Yachting Festival, the first unit of the 36.8-metre Benetti Motopanfilo, the superyacht Koju, certainly made waves. Designed as a homage to the ‘Motopanfilo’ yachts of the 1960s, the superyacht pays tribute to her predecessors while sporting a timeless design. Here, we take a closer look onboard, and at what could be described as one of the most exciting superyachts of the year. 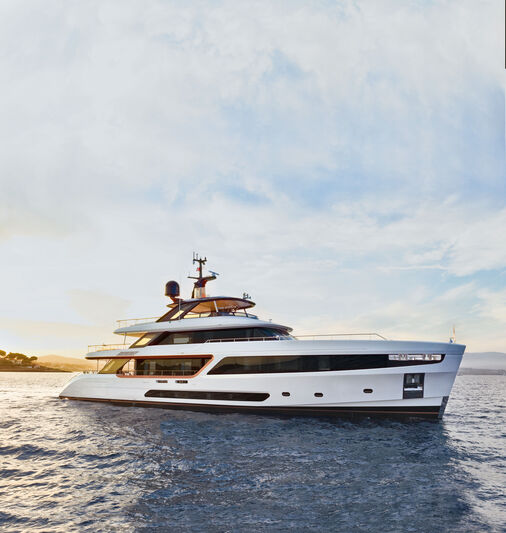 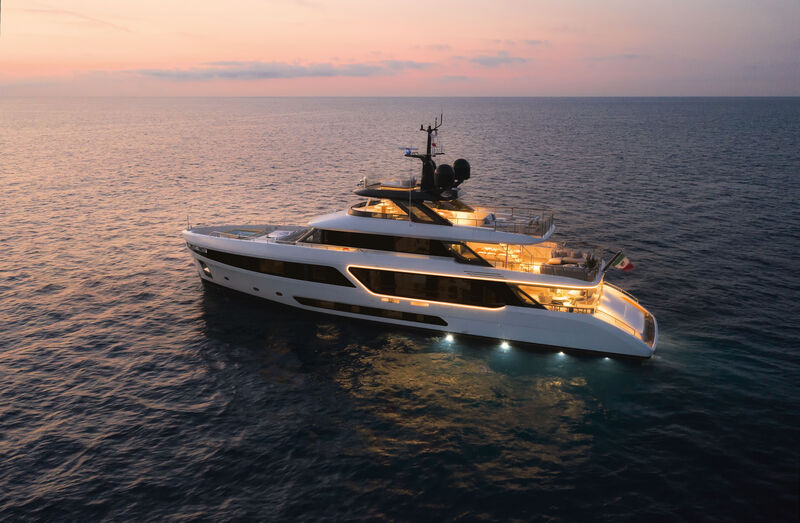 The Motopanfilo’s vintage-inspired exterior lines is the a result of a collaboration between Francesco Struglia Design and the superyacht’s builder, Benetti. Her aesthetic can be described as ‘timeless’ as she is filled with vintage motifs characteristic of Benetti’s era-transcending charm. One such feature is her bronze metallic painted ribbons that define her bulwarks, a clear ode to the historic wooden cap rails of past Benetti yachts. 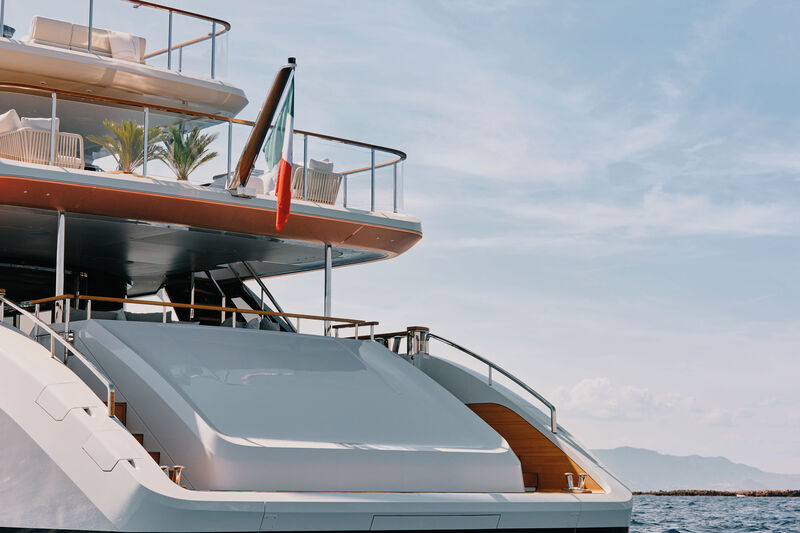 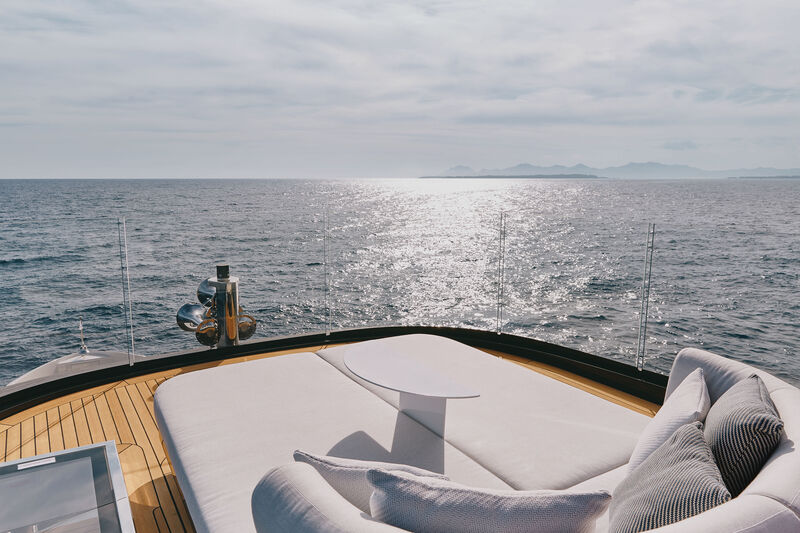 Her interior design comes from the drawing boards of Lazzarini & Pickering, which was developed in close collaboration with Benetti, and have been curated in such a way that  the essence of her inspiration has been maintained. 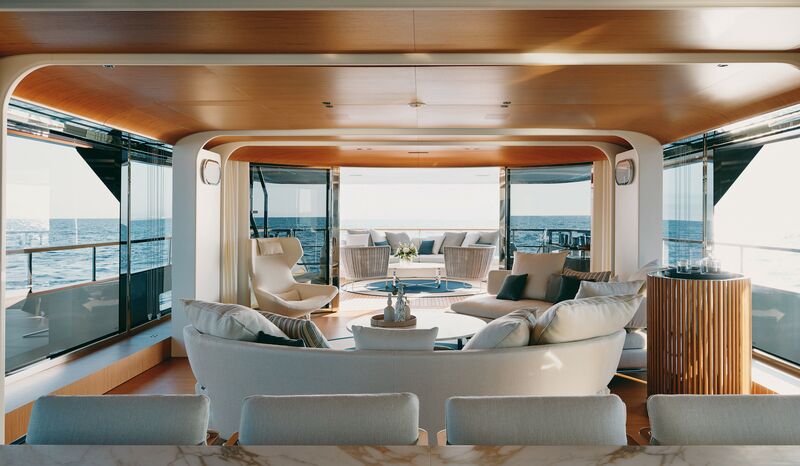 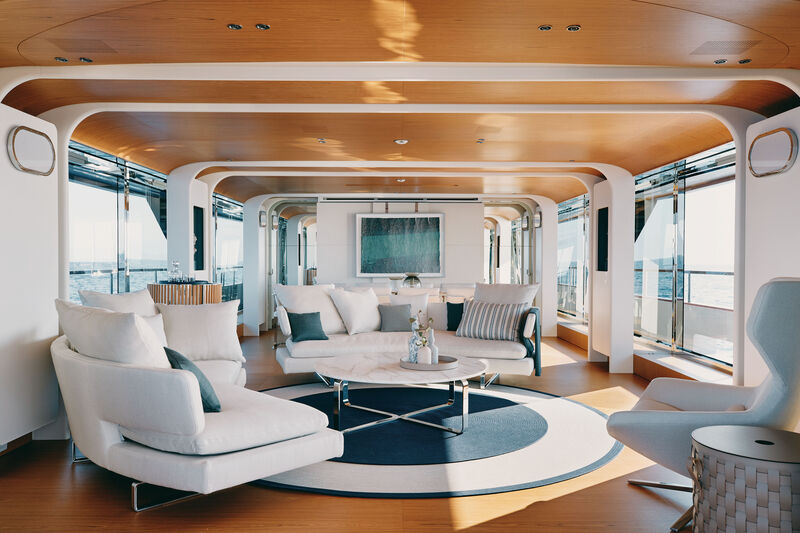 Full-height windows provide ample natural light in her main saloon, creating a strong connection between the yacht’s interior and exterior. White beams run across the ceiling down each side of the room, serving literally as the ‘ribs’ of the yacht – situating the main saloon at the heart of the yacht. 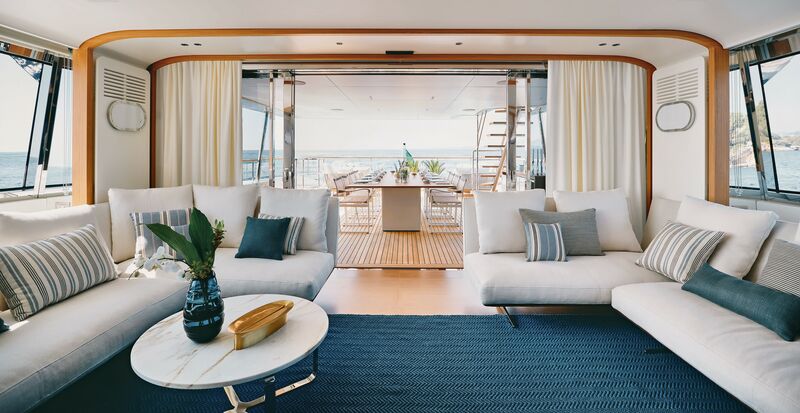 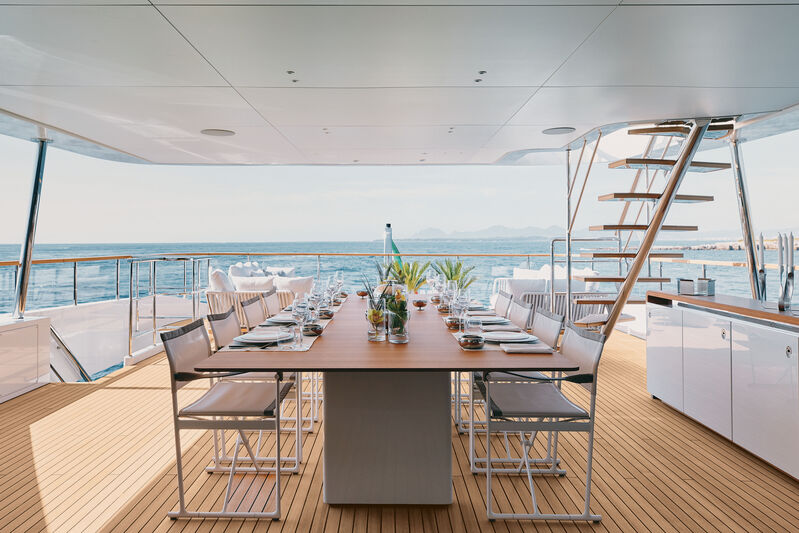 As many as 10 guests are accommodated across five staterooms who are taken care of by a crew of seven. The yacht has been styled in a warm and classic colour palette, with wooden floors and ceilings and white marble basins in the bathrooms that have an elegant grey grain. 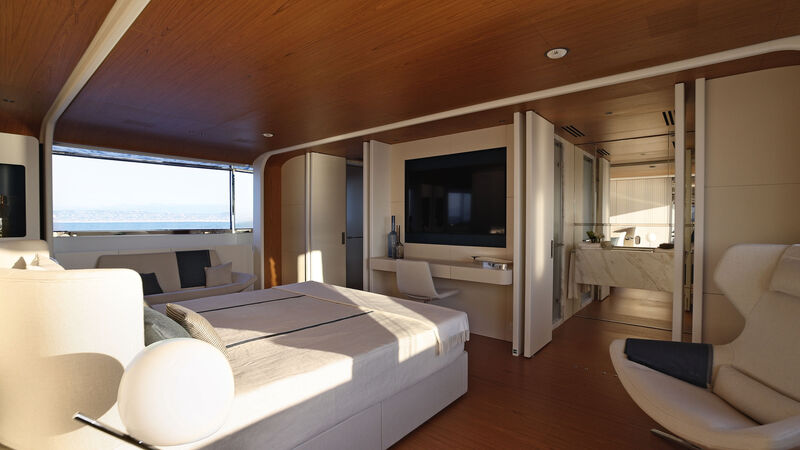 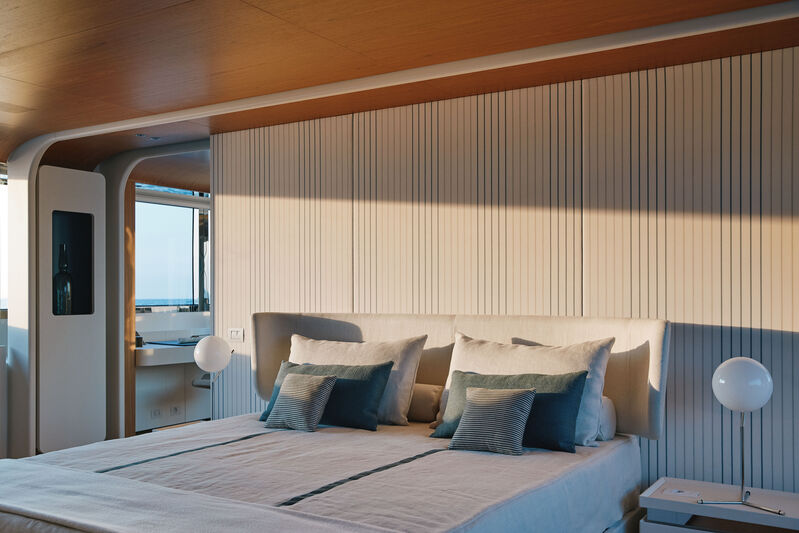 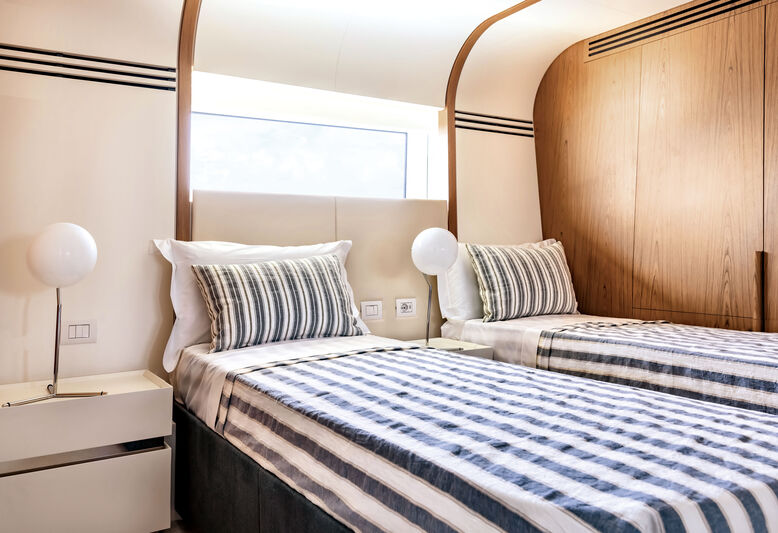 At her transom, the Motopanfilo features an extended swim platform which can be utilised as additional terrace space. Two seating areas, a formal dining space, sunbeds and a Jacuzzi are found on her upper deck. 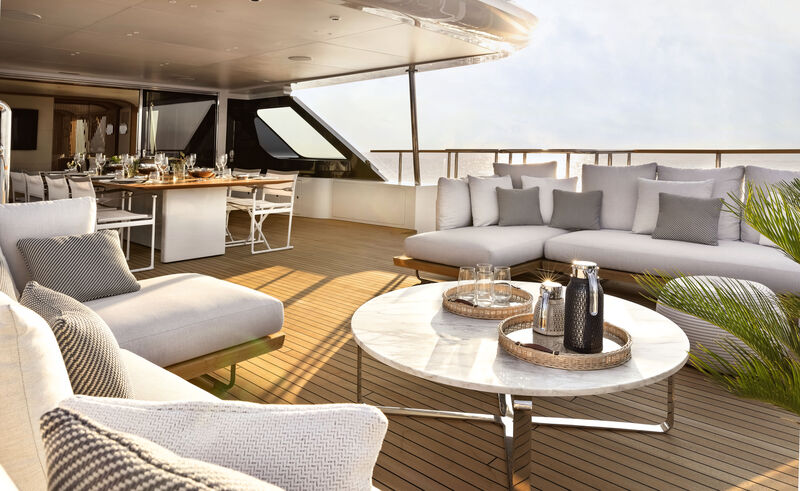 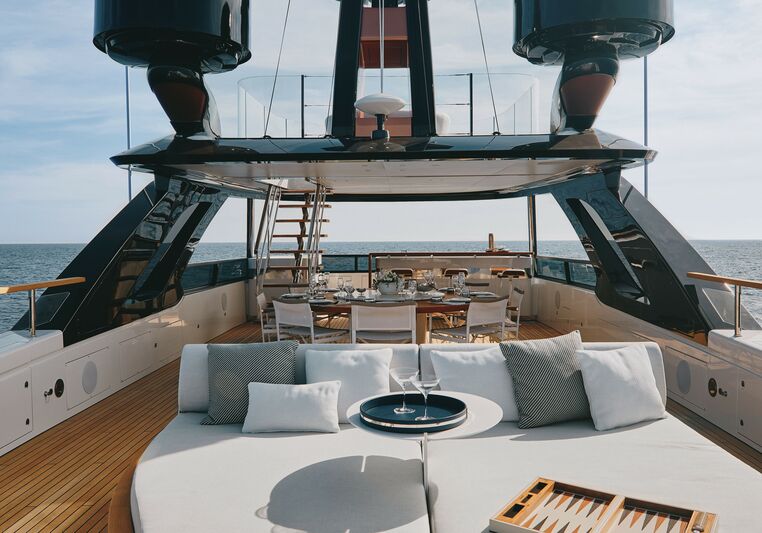 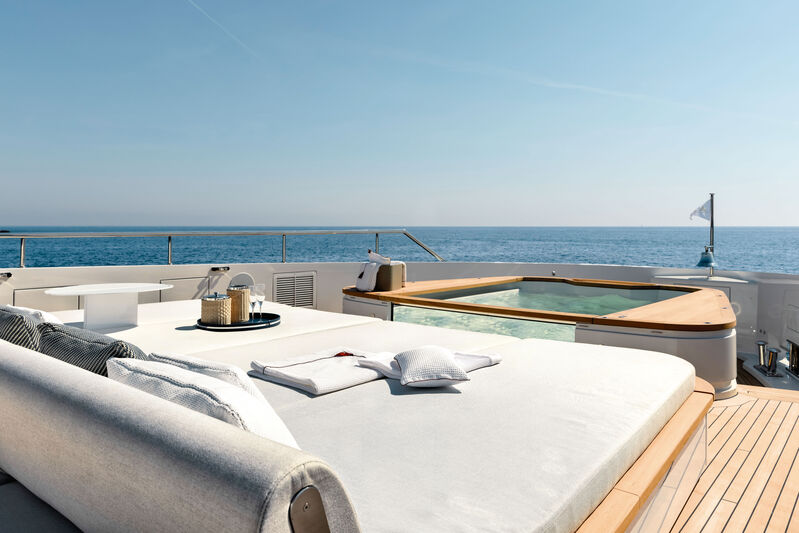 Sporting twin MAN V12-1400 engines, Koju can reach a top speed of 16 knots. She also has a range of 3,000 nautical miles while cruising at 10 knots. Koju was sold with IYC bringing the buyer. IYC also managed the build for the client and the yacht is now available for charter with the company as well. 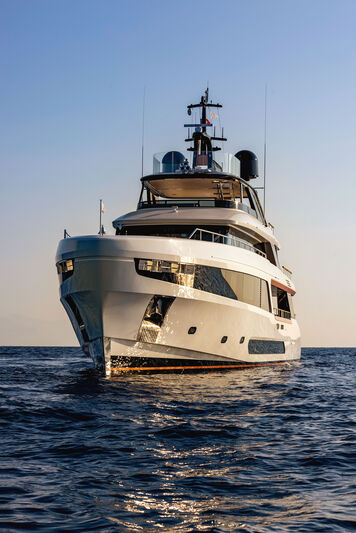 Koju's construction was overseen by IYC, who also brought the buyer when she was sold. She will also be available for charter with IYC in the Caribbean this winter season.