Following her launch earlier this year and her debut at the Cannes Yachting Festival this September, Numarine has now unveiled its flagship yacht the 37.3-metre 37XP to the rest of the world. There are currently three additional units of the series under construction, all of which are expected to be delivered in 2022. 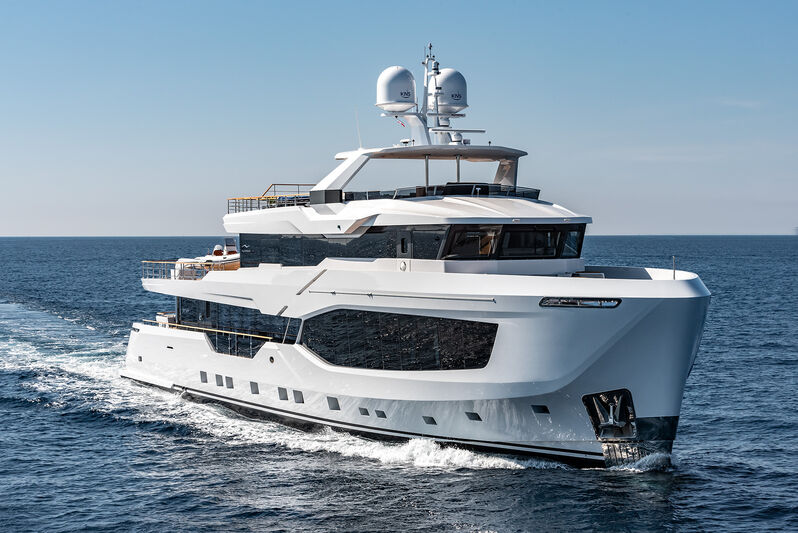 Photo: Kerem SanlimanCan Yalman penned the 37XP’s exterior design, which was built on the same 8-metre beam as the 32XP but has a generous five extra metres of length. "The lines on the 37XP are a refinement of the robust look of the 32XP with flowing, softer lines that accentuate the longer length, with less interruptions that create a balance between strength and elegance,” said Yalman. 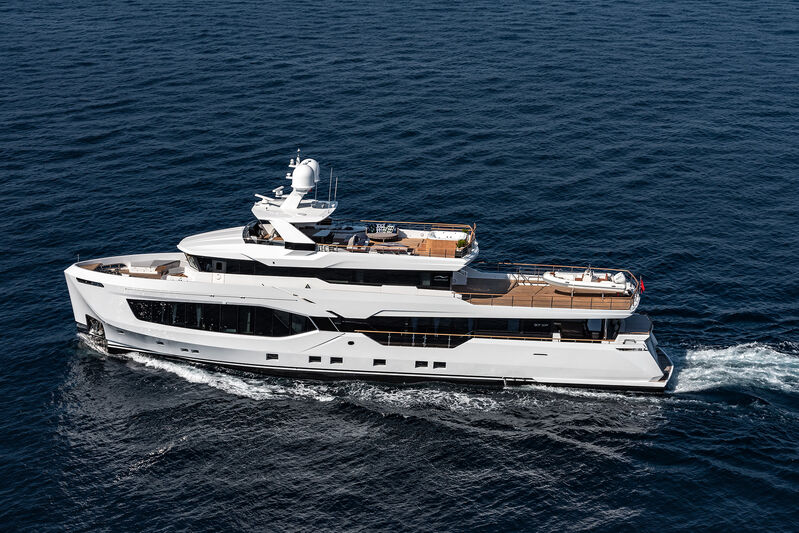 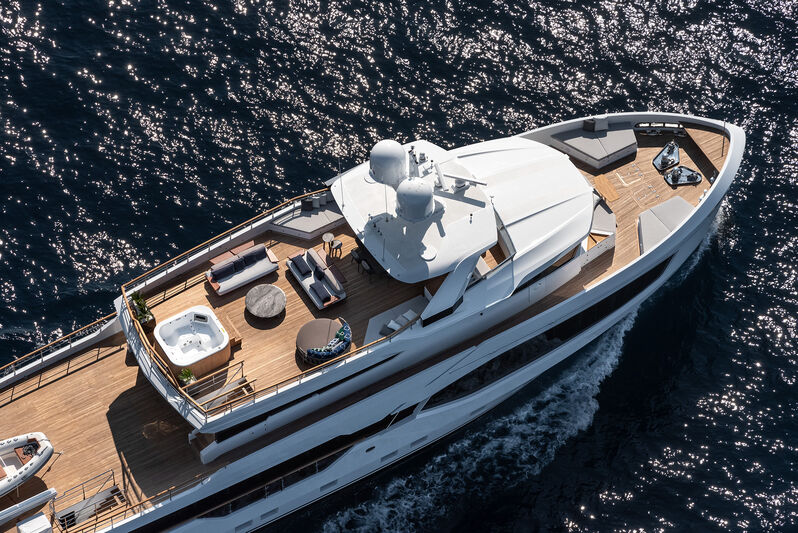 Photo: Kerem SanlimanThe first unit in the series features an interior design by Hot Lab and accommodates as many as 12 guests across seven staterooms, including a generous main deck owner’s cabin in the bow. There is a designated owner's suite that provides additional space on the upper deck, which has direct access to the exterior terrace which is used as storage for a 9-metre tender while underway. 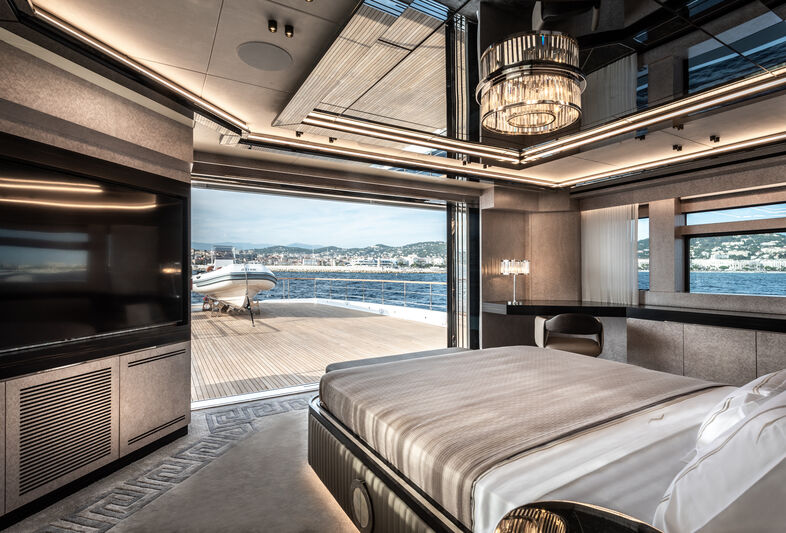 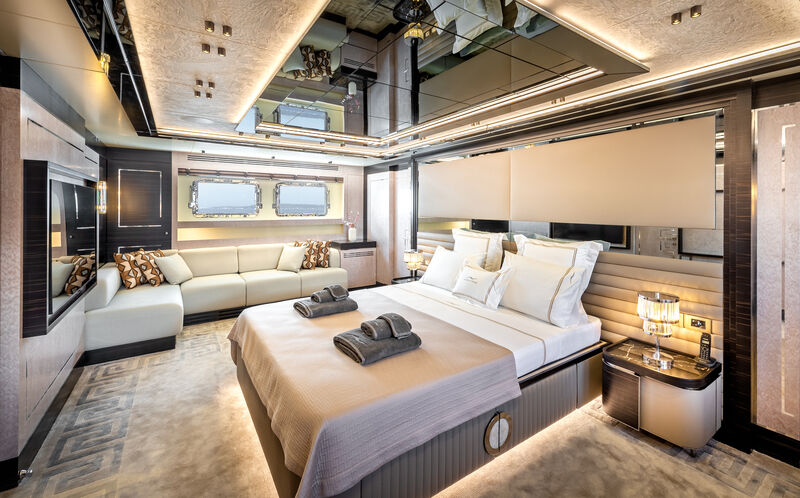 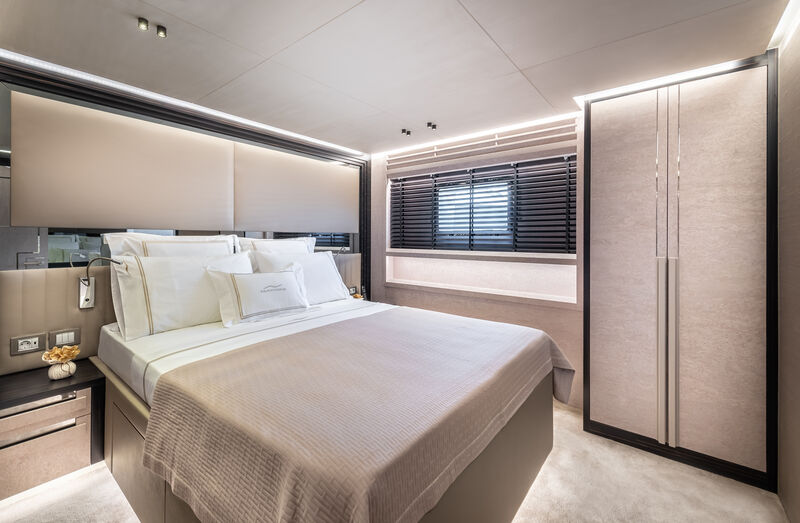 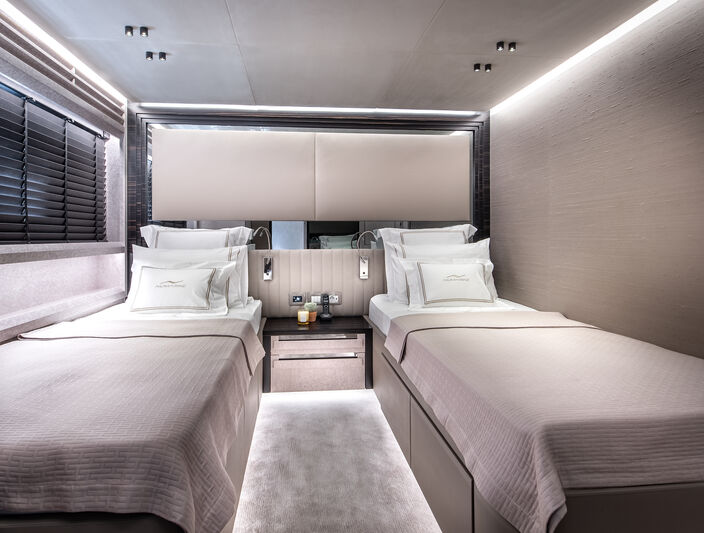 Photo: Kerem SanlimanHer interior aesthetic is characterised by the use of white, beige and brown tones as well as furniture from brands such as Fendi Casa, Promemoria, and Giorgetti were used throughout. The 37XP’s large windows provide ample natural light and are one of her standout features. “The windows are from ceiling to the floor. On the portside, we have a big opening window next to the dining table. Moreover, Hot Lab designed the decoration package for this yacht. So as you can see, she's amazing,” explained Ali Tanir, Head of International Sales at Numarine. 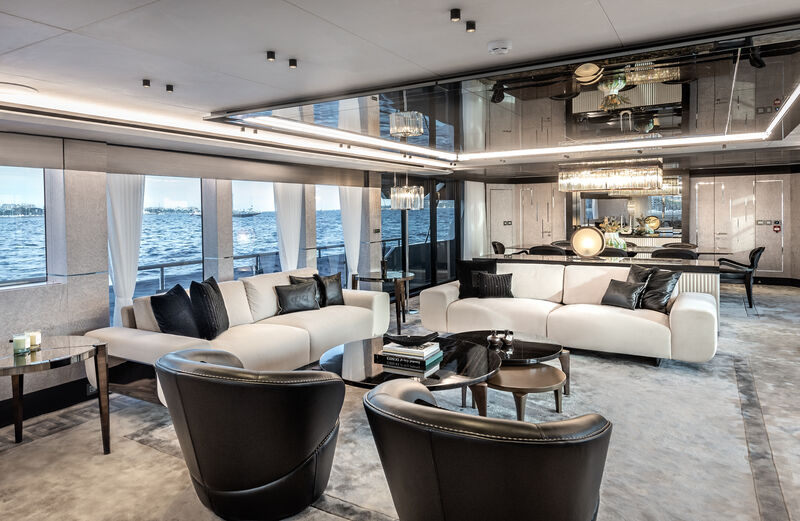 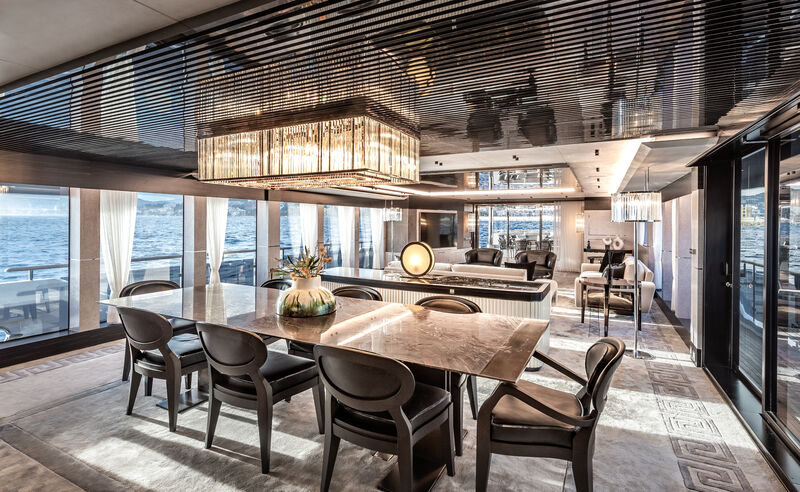 Photo: Kerem Sanliman“We received a few reference images and comments on what the owner wanted. Something more classic than his previous Numarine, richer in terms of details and materials and this is exactly what we are good at. It is the perfect classic. It is simply a modern revision of pure decorative elements and rich materials: ebony, mother of pearl, great quality leather. All of them merged into a balanced and straight forward design," remarked Enrico Lumini of Hot Lab. 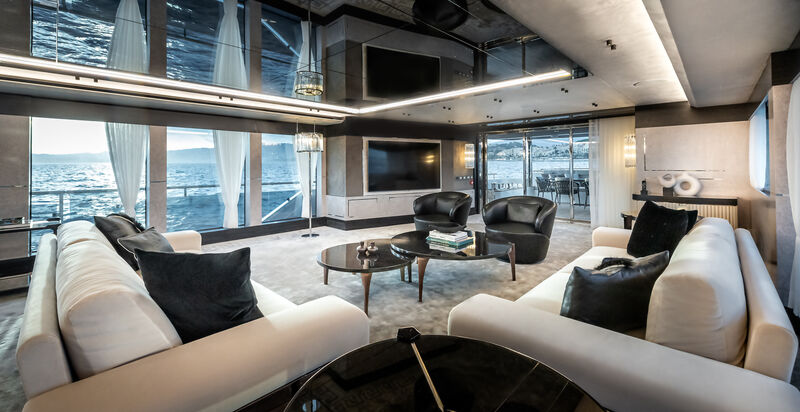 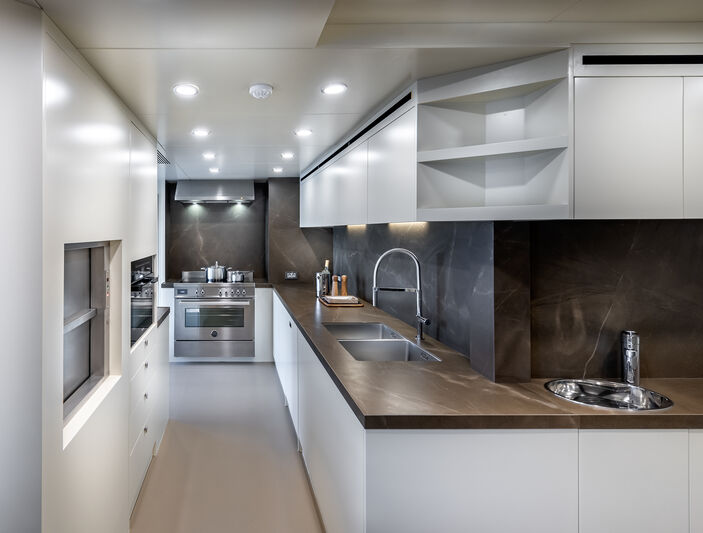 Photo: Kerem SanlimanAt 345 GT, the 37XP has plenty of room for socialising and relaxing across her three decks. At the yacht’s transom, a spacious beach club is found complete with a bathing platform and an inside lounge open to the water. On the yacht’s flybridge, an alfresco space of 80 square-metres is found where guests can sunbathe and dine. 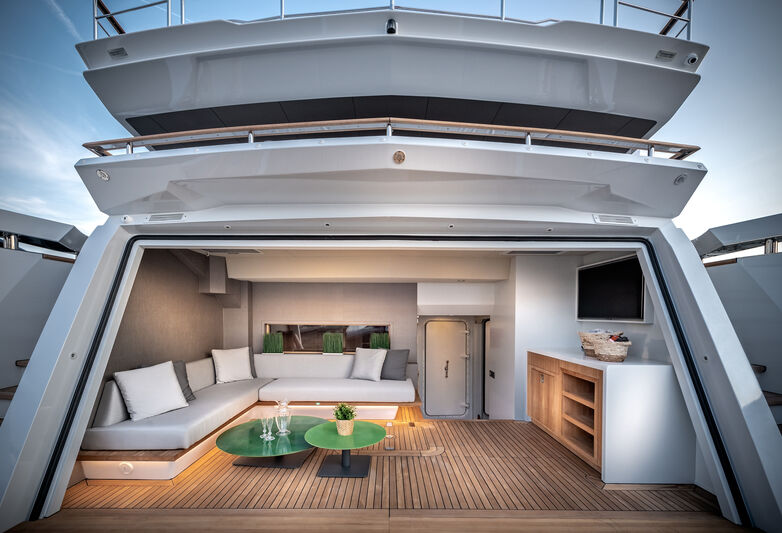 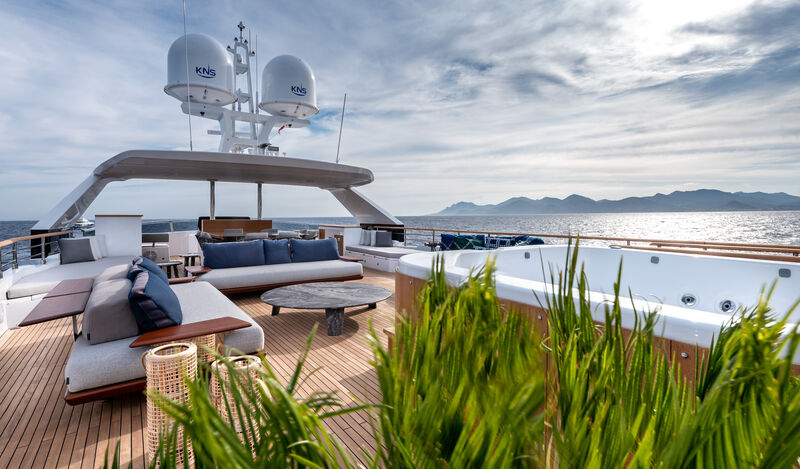 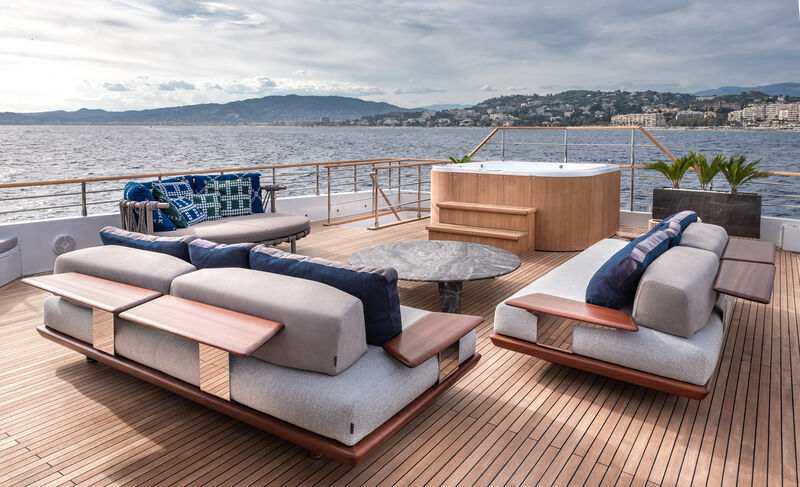 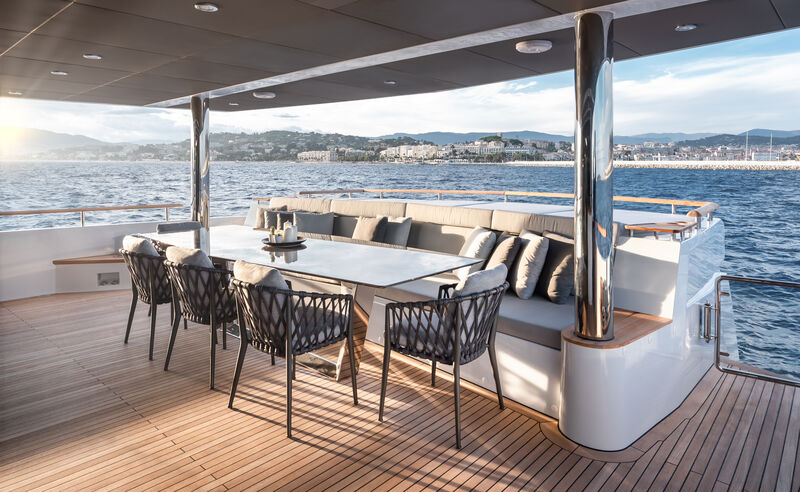 Photo: Kerem SanlimanThe 37XP has an impressive range of 5,000 nautical miles while cruising at 10 knots thanks to her twin Caterpillar C18 Acert diesel engines. 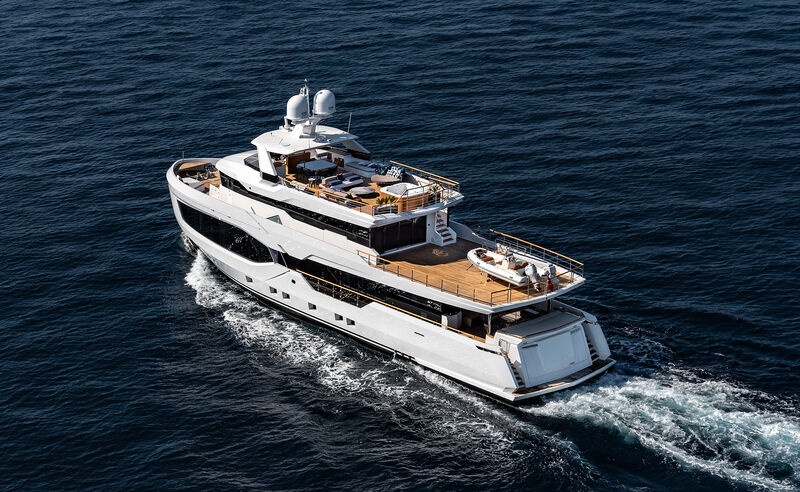