Hoek Design have just released images of their latest super sailing yacht, the 39.4-metre spirit of tradition sailing yacht, Grace III. Launched earlier this year, the yacht was built by Bloemsma and SES Yachts and she is due to premiere at this month's Monaco Yacht Show 2021. 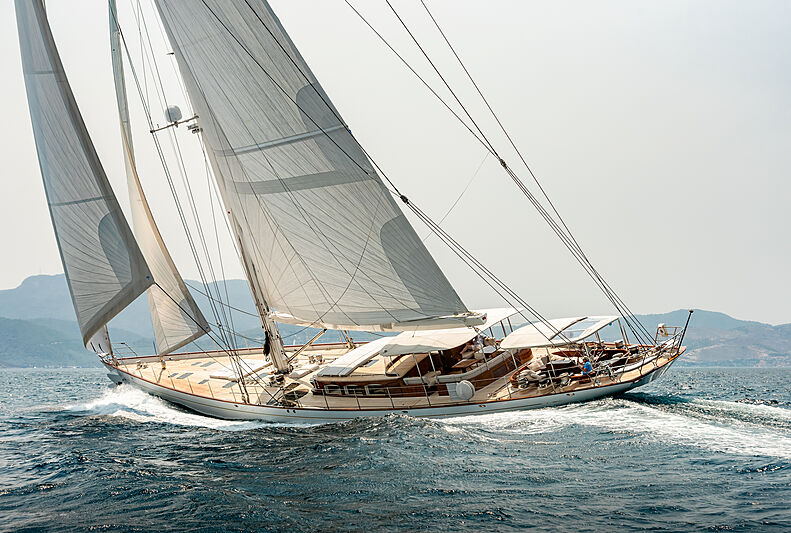 Grace III is a custom version of Hoek's renowned Truly Classic 128 series, which includes other award winning yachts such as Atalante built at Claasen in 2015, Vijonara of 2018 and Halekai of 2020, the latter two having been built at Pendennis Shipyard in Falmouth. 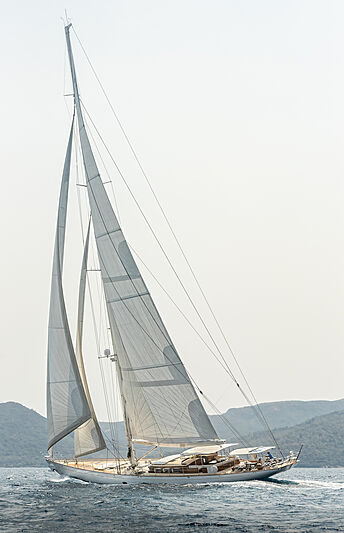 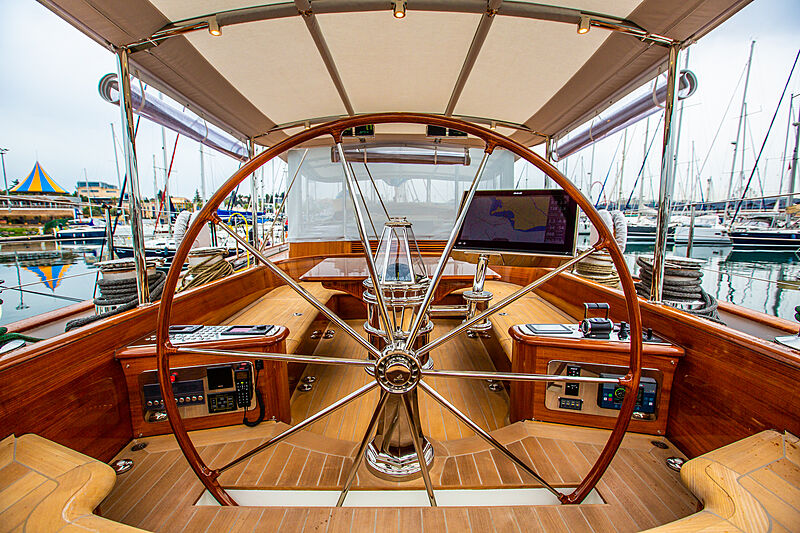 Grace III's hull was built by aluminium specialists Bloemsma, based in the Netherlands, before she was transported to Istanbul for outfitting and completion at SES Yachts. Earlier this year she underwent successful sea trials. 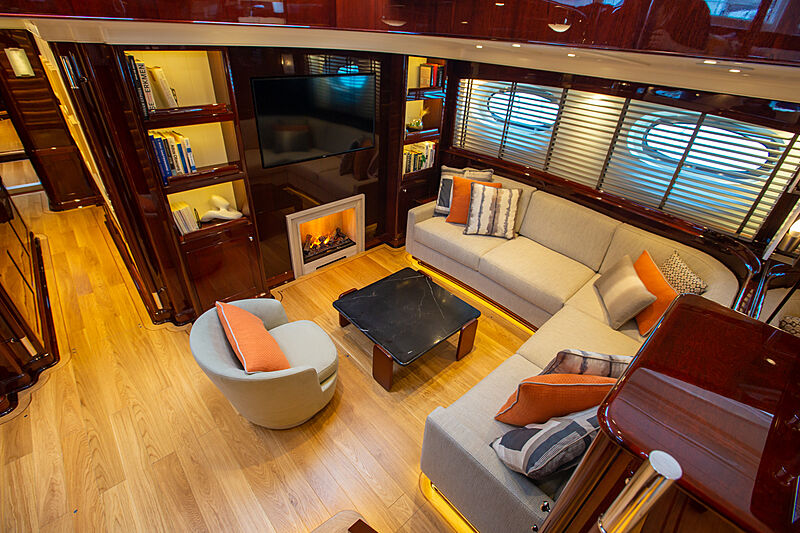 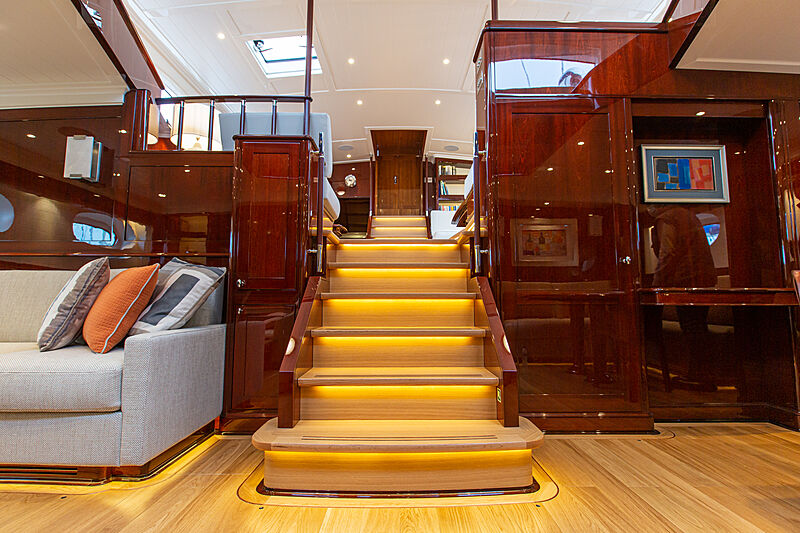 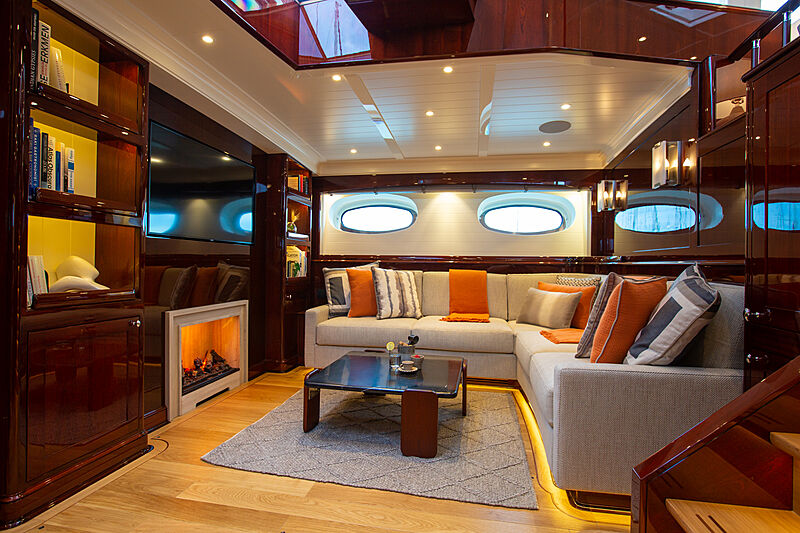 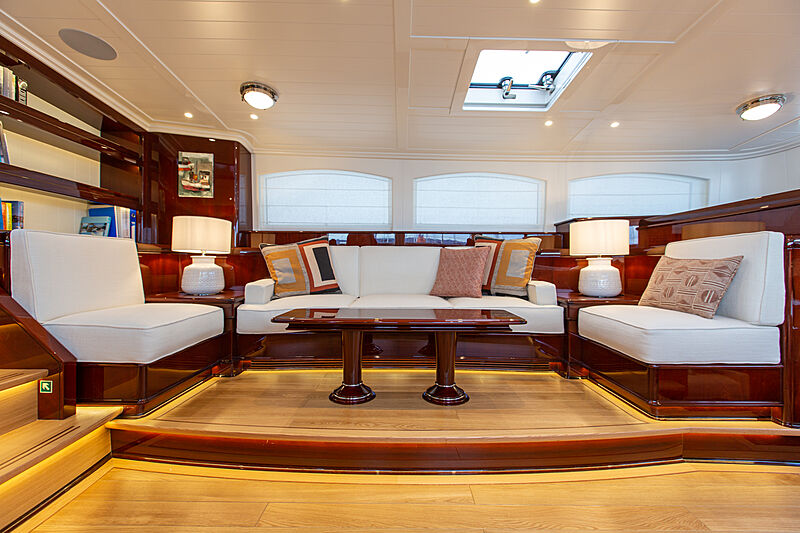 Built for an experienced yachtsman, the owner was heavily involved in her design and customisation, particularly on the interior finishes. The yacht can accommodate as many as ten guests, with an owners suite to aft, three guests staterooms and an addition 'flex' stateroom which can be converted during charters. She also hosts a crew of three. 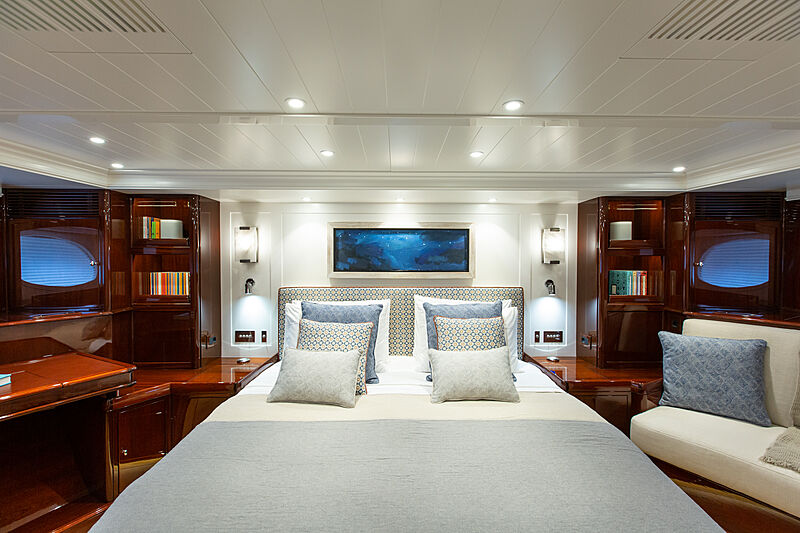 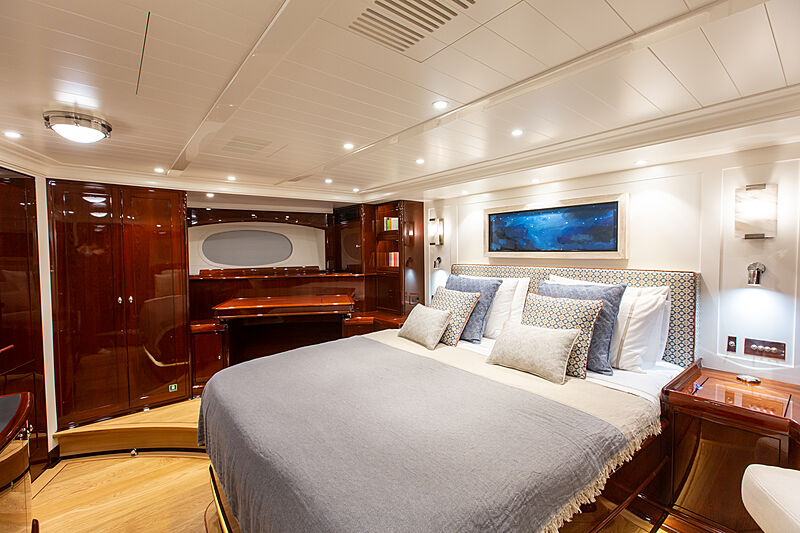 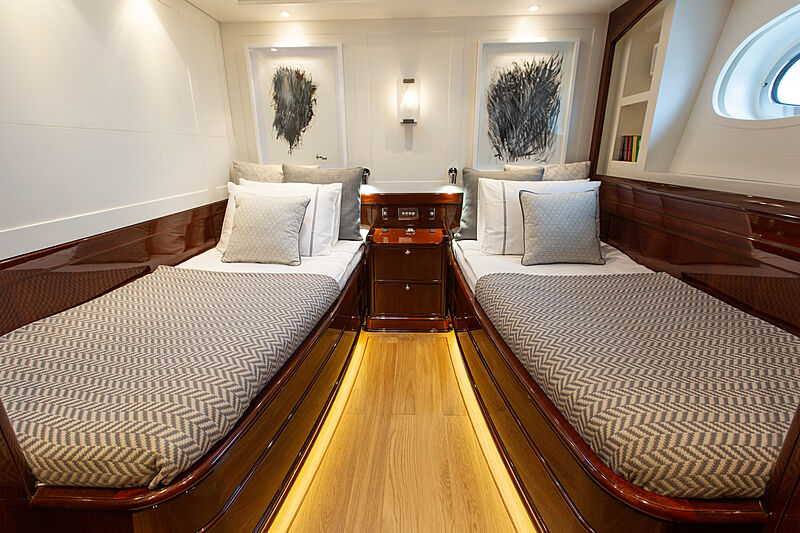 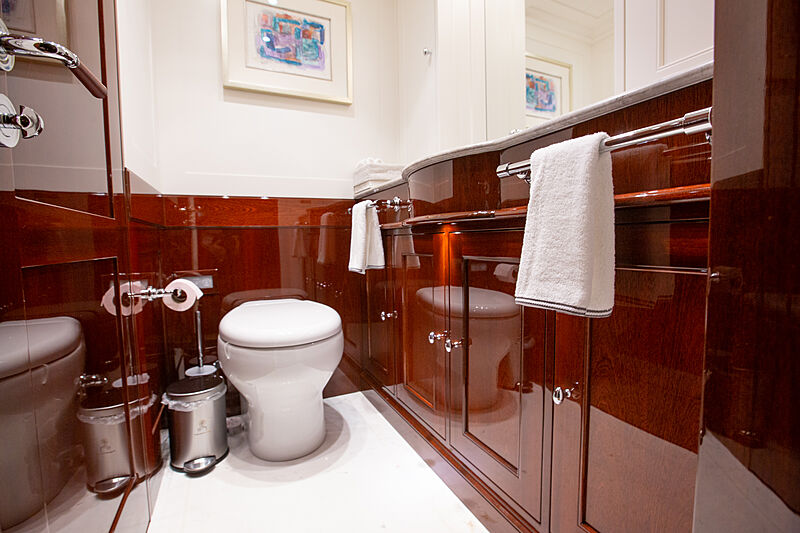 In true Hoek style, Grace III has been finished in dark wood which perfectly compliments her classic lines and elegant interiors. On deck the owner has maximised comfort and style, with a number of locations for dining and lounging, including a generous covered area to aft with a comfortable arrangement of tables and chairs. 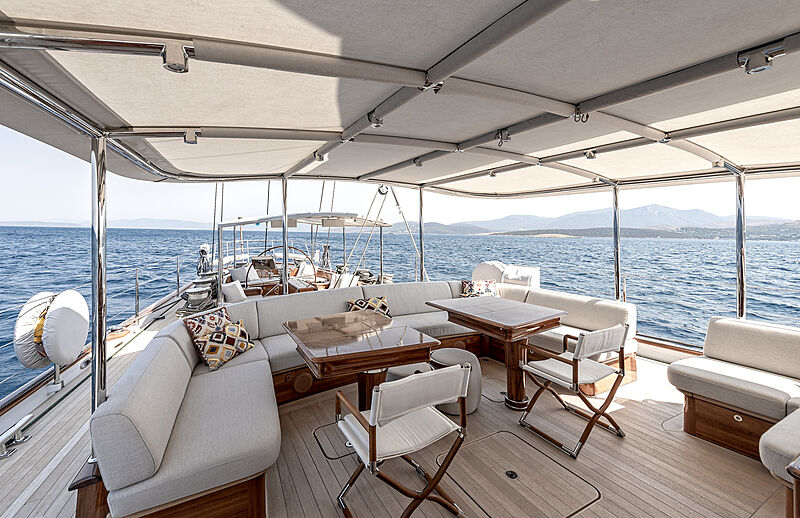 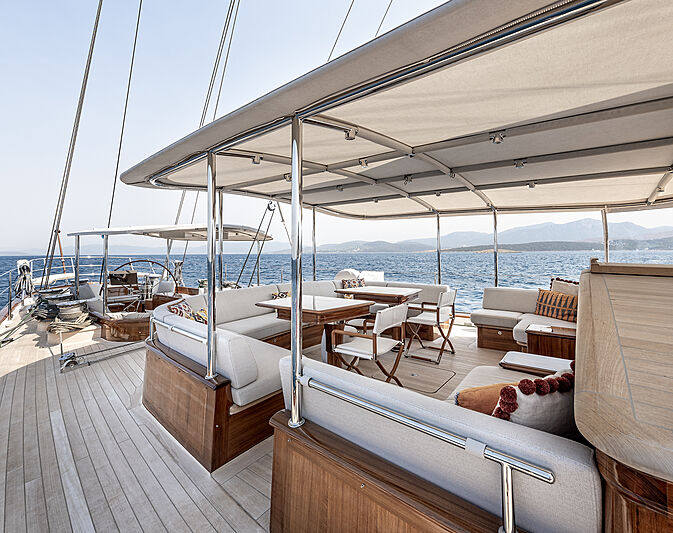 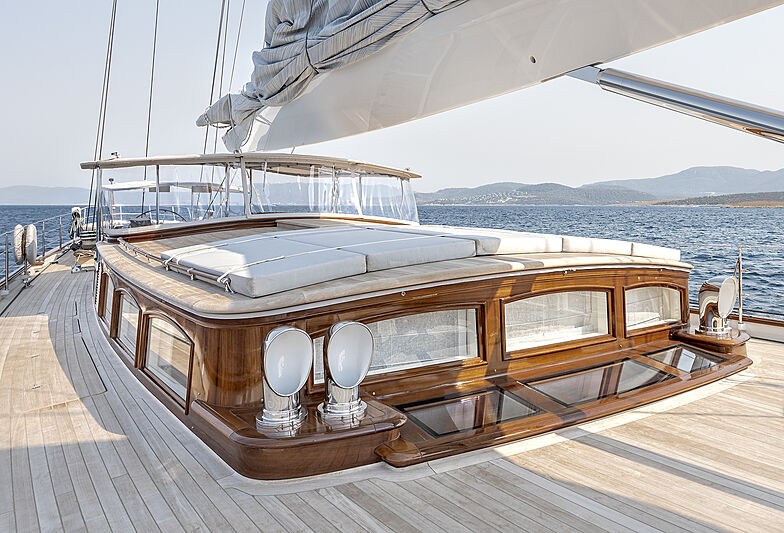 Technically, Grace III is built to world class standards and is equipped with a Scania main engine, Kohler generators, Lewmar hydraulics systems and a controllable pitch propellor by Hundested, as well as features and equipment normally found aboard a sailing superyacht of this size. 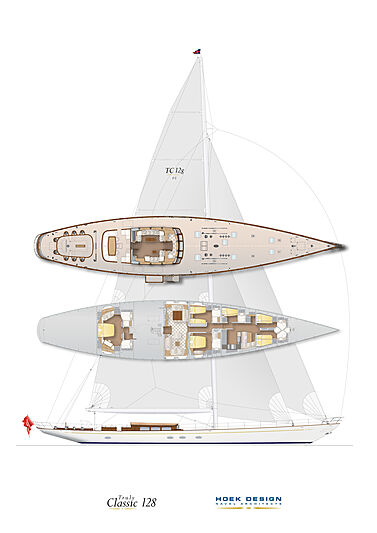