On March 30, 2010, Apoise – one of the world’s largest and most distinctive megayachts – will be sold at an unreserved public auction in Grand Cayman. No minimum bids, no reserve prices, one fortunate new owner. Don’t miss this once-in-a-lifetime auction opportunity. 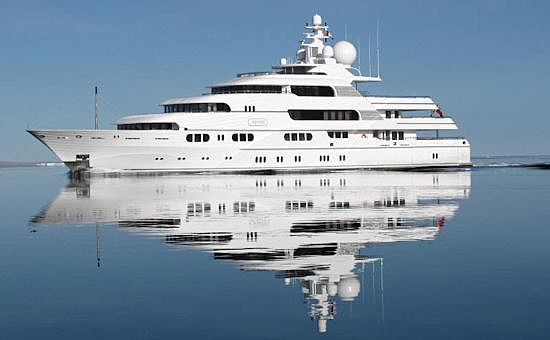 Designed by Espen Øino, built by world-renowned Lürssen Yachts and launched in 2006, Apoise offers the ultimate cruising experience. From the elegant baroque furnishings to the luxurious owner’s cabin, no detail was overlooked in the design and appointment of this vessel.

Featuring spacious suites for 12 guests, six decks, indoor and outdoor dining areas, a Jacuzzi on the upper deck and lounges throughout, Apoise is perfect for cruising in comfort and entertaining in style. 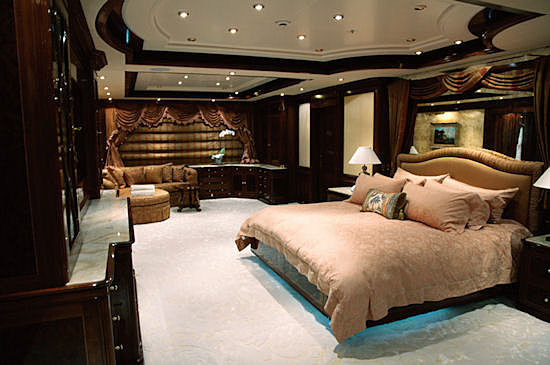 Situated on the main deck and reminiscent of a five-star hotel, the 1,399 sq ft (130 sq m) owner’s cabin includes a full-beam master bath and private Jacuzzi. The guest suites – the VIP suite on the bridge deck and four suites on the lower deck – offer king size berths and individual ensuite bathrooms, and the crew’s cabins accommodate up to 19 staff in comfort. 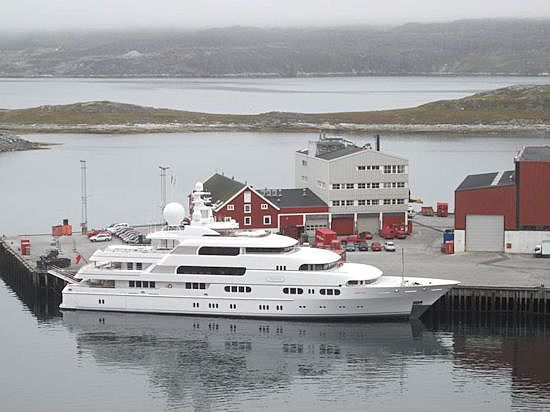 At just under 220 ft (67 m), Apoise ranked 89th in Power and Motoryacht magazine’s list of the world’s largest yachts in 2009. The superyacht’s wide beam – close to 43 feet (13 m) – translates into an unusually spacious interior, with numerous large cabins and lounge areas. Although Apoise has been used as a private yacht since its launch, it is built to a commercial standard and well suited for use as a charter vessel. 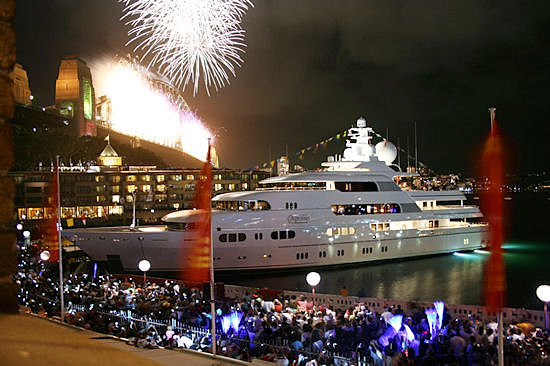 Apoise has a cruising speed of 14 knots and 190,000-liter fuel capacity, giving it a 5,000 nm range at 12 knots. It comes complete with several tenders: two 14-person Denship tenders and one 15- and one 8-person Novurania tenders. 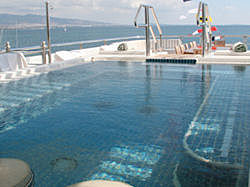 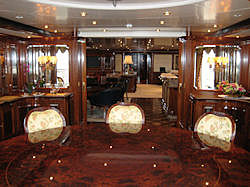 Apoise is currently owned by Dave Ritchie, co-founder of Ritchie Bros. Auctioneers, the world’s largest industrial auction company. Mr. Ritchie purchased the yacht when he retired in 2006. His plan: to sail the world for two years, and then sell Apoise at an unreserved Ritchie Bros. auction. “I really believe in the auction system,” explained Mr. Ritchie. “An unreserved auction, with no restrictions and no limitations, gives the fairest, most honest valuation of any item.”

Mr. Ritchie enjoyed traveling the world on Apoise so much that two years became four. In that time, he sailed the globe on Apoise, from the Mediterranean to the Caribbean, Alaska to Australia. When you stand on the upper deck and take in the 360 degree views, it’s easy to see why Mr. Ritchie extended his worldwide voyage. 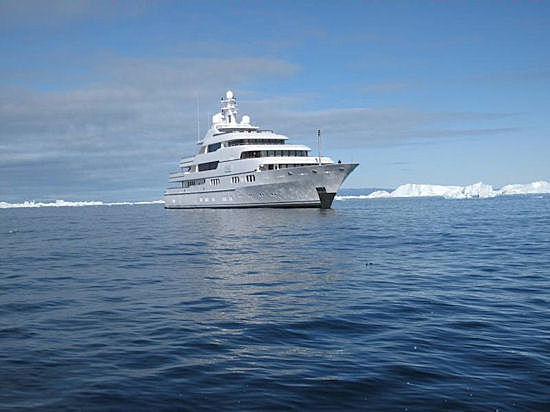 Apoise will be sold to a new owner on March 30th – regardless of price. Ritchie Bros. Auctioneers will conduct the auction in Grand Cayman. Interested buyers can bid on Apoise in person at the Ritz-Carlton hotel in Grand Cayman, online in real time at rbauction.com, or by placing a proxy bid in advance. Bidders must register on or before March 25th and meet all pre-qualification requirements, including placement of a refundable 2,000,000 Euro deposit. 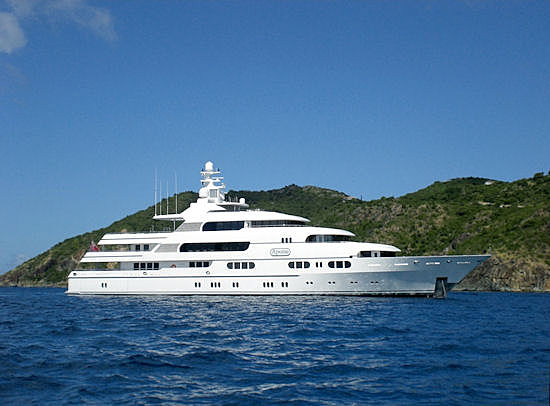 Visit rbauction.com/theapoise for auction details and more information about Apoise, including specifications, general arrangements, photos and video. Then contact Ritchie Bros. Auctioneers to arrange a private viewing of Apoise in Grand Cayman, register to bid and then start to imagine where Apoise could take you this summer…