ONE°15 Marina Club had announced the completion of its 3rd Phase marina pontoons expansion in time to host the Singapore Yacht Show taking place from 8 to 10 April, 2011. This expansion sees an additional 66 berths being added to the 204 already completed in Phase 1 and 2, and fulfils the Club’s promise to its members for a 270-berth marina. 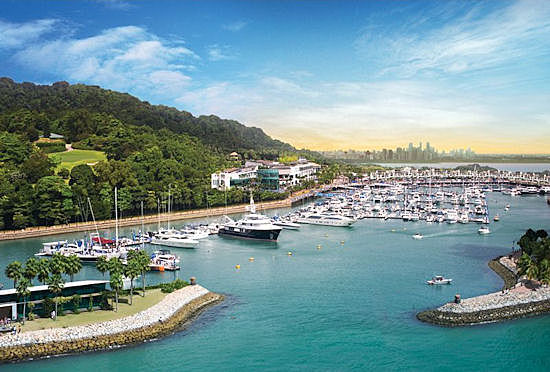 Singapore’s yachting community has grown rapidly since the opening of the ONE°15 Marina Club in 2007. Not only are there more boat owners now, but there have also been more superyachts stopping here – a clear sign that the city-state has established itself as a truly global city and lifestyle destination. In 2009, there were 59 superyacht visits to Singapore; this number grew to 81 in 2010.

ONE°15 prides itself as having contributed to the growing awareness among Singaporeans about yachting and the waterfront lifestyle. Since its launch, the Club has attracted and hosted international boating affairs such as the Volvo Ocean Race in 2008-2009. In April, It will play host to the Singapore Yacht Show (SYS) – Asia’s first superyacht event. The SYS aims to bring together Asia’s high net-worth individuals and members of the superyacht industry in one location.

Mr Arthur Tay, Executive Chairman and CEO of SUTL Group, which owns ONE°15, said the Club was proud to have contributed to raising Singapore’s profile as a lifestyle destination and putting the city-state on the map amongst the global yachting community.

“Compared to the Mediterranean and the Caribbean, the yacht industry in Singapore is still in its infancy. The spinoffs from this industry are attractive and the economic benefits are encouraging as pursuing this niche will attract a different tier of wealthy individuals. That is why Singapore is targeting more than 200 annual visits from superyachts by 2015 and aiming to become the region’s leading yachting centre,” he notes. 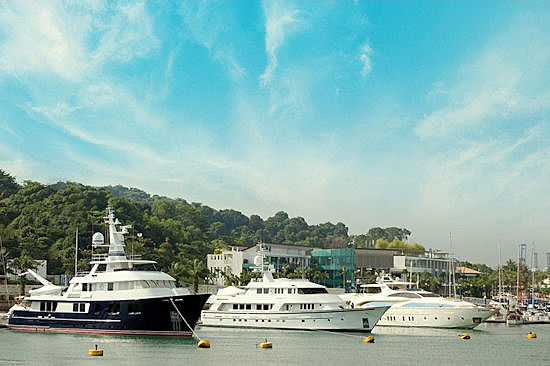 SUTL is also riding on the club’s success to explore prospects overseas. “We are actively pursuing marina projects in Vietnam, Korea and China. The fastest economic growth in the world is here in Asia and we are seeing more and more of the super wealthy wanting to embrace new lifestyle choices such as yachting and waterfront living. Be it seaside, lakeside or riverside, we expect to see more infrastructure being built to accommodate this growing demand and governments putting the appropriate regulatory environment in place for yachting activities. These developments present many opportunities for us,” added Mr Tay.

Established in 1965, the Singapore-based SUTL has its roots in shipchandling but has since diversified, under Mr Tay’s leadership, into trading and distribution with a marketing network spanning 17 countries. The ONE°15 Marina Club marked the company’s first major foray into lifestyle products and services in Singapore. Besides its marina business, the company is also keen to extend its lifestyle arm, which currently constitutes 25% of its overall turnover, to other areas.

Mr Tay said: “SUTL is at an interesting cusp, where its established expertise in distribution will continue to revolutionise and grow, even as the company sprouts new lifestyle-driven ventures regionally that aim to bring new experiences to a burgeoning Asian market.”

To celebrate the completion of the final phase, ONE°15 is hosting a sundowner carnival for its members at the Club on March 19.