The Benetti Tradition Keiki Kai has been reduced in price with $ 1,000,000; now asking $ 6,950,000. Central agent Neal Esterly of Fraser Yachts also reports that the yacht will be on the Benetti display at the Miami Show. 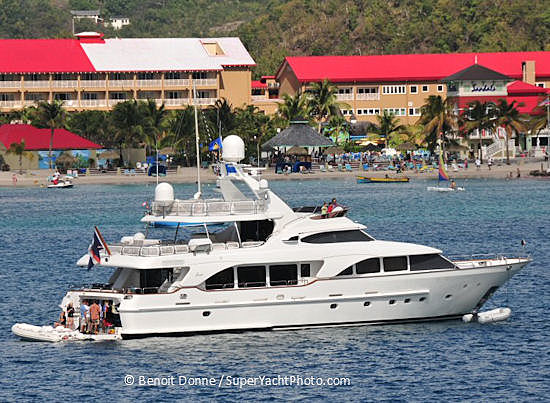 Keiki Kai was built by Benetti in 2005 and underwent a refit in 2010 whereby her exterior was repainted and her Lloyds certification renewed. The yacht’s luxurious interior was designed by Francois Zuretti in collaboration with Marty Lowe. She can sleep up to 8 guests in a master suite on the main deck, and 1 VIP and 2 twin cabins on the lower deck.

Power is provided by twin 1,420hp Caterpillar 3412E diesel engines which propel the yacht up to a top speed of 17 knots and cruising speed of 14 knots.