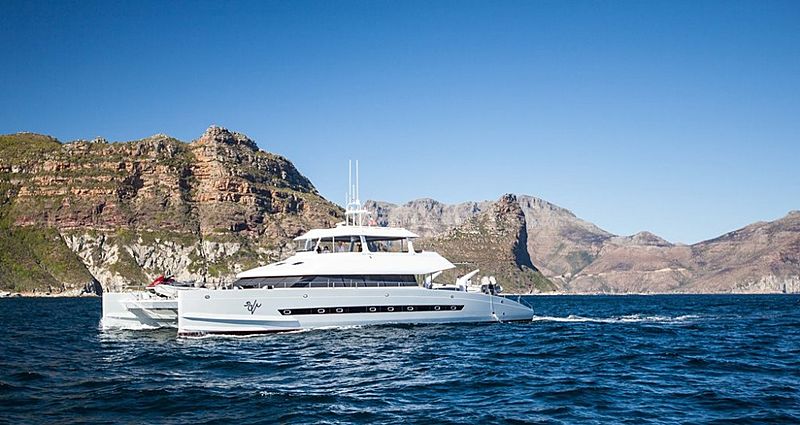 On board she accommodates guests over four cabins, two in each hull. A crew of four are also accommodated for on board. Designed as an on-the-water home for an active family who intend to use the vessel to travel to all the best kite boarding and surf hotspots, she features ample storage for a variety of equipment, including a tender on the foredeck as well as a large davit which hosts a 21’ tender on the aft deck. 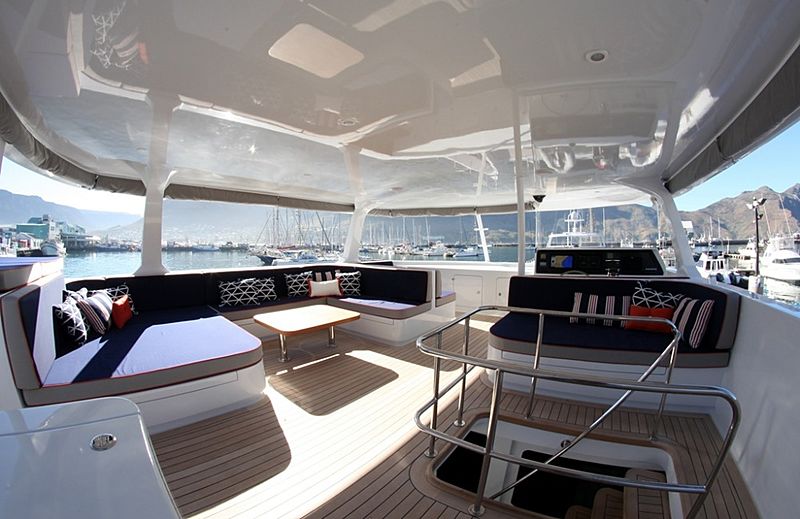 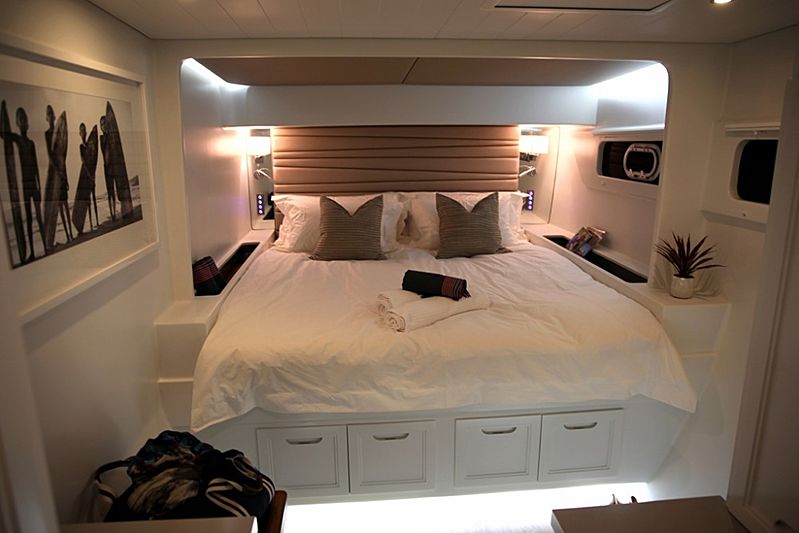 Commenting on the project, Du Toit Yacht Design says, “The Open Ocean 800 Luxury Expedition Catamaran is a great success due to close collaboration between the boat builder and designer, working with the owner at every step of the project, in order to create a flawless ocean-going vessel and home. Two Oceans Marine and Du Toit Yacht Design have shown this to be true once again, with Ultra Vires being the perfect example.” 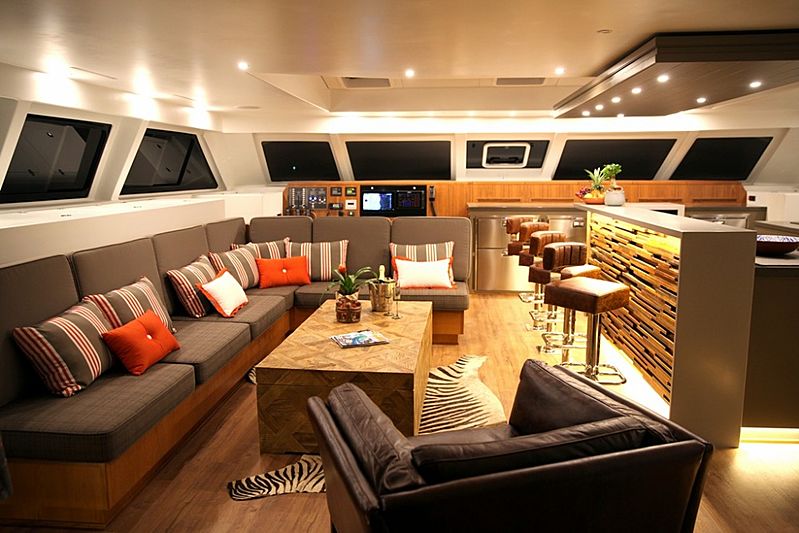 In regards to her performance, she is powered by twin Cummins 305 hp engines, with a range of approximately 4,500 nm. 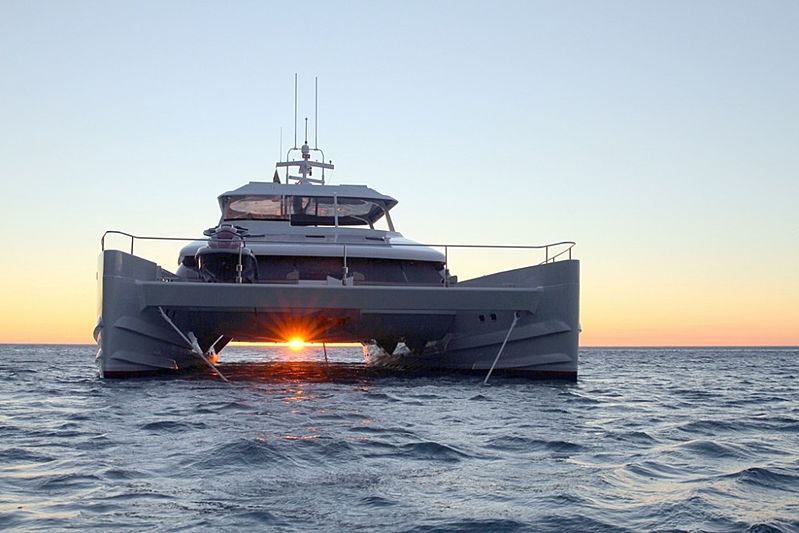