Monaco Marine has officially opened its new repair yard in La Ciotat. It is undoubtedly the largest megayacht facility in the Mediterranean. The opening event took place on September 28, starting with a cocktail party organized on the terrace of the office building, called the Tender. It was followed by a seated dinner for 330 guests (local and regional authorities, owners, captains, subcontractors and suppliers) inside the 90m heated paint shed. A spectacular lightshow with music and acrobats was organized on the outside and on the interior of the paint shed. 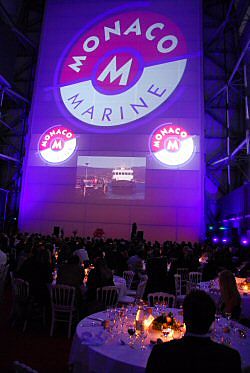 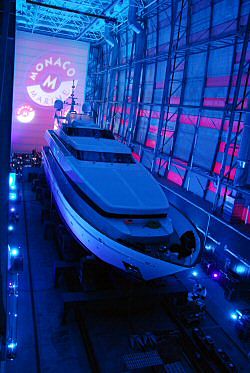 Operations began at Monaco Marine La Ciotat last April with no less than 18 hauling out of large yachts at this date. The shipyard reports a full schedule for winter 2007/2008, servicing private yachts and subcontracting warranty work for famous European builders. Monaco Marine is a network composed of 6 service shipyards for yachts from 8 to 80m+, located on the French Med coast, from Monaco to La Ciotat.