Following the opening party held on the 13th April, participants of the Les Voiles de St. Barths regatta had their first day of racing yesterday. 70 teams in 10 classes begun in 15-20 knots winds. 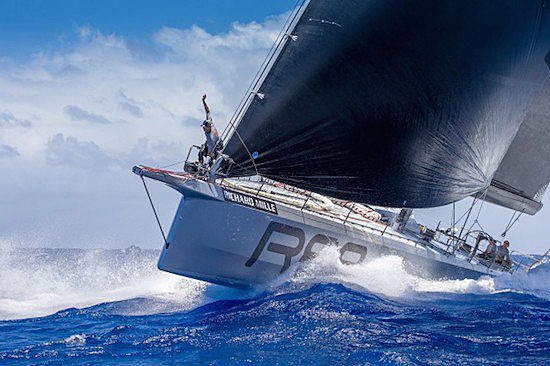 Spinnaker 1,2,3 and 4 plus Non Spinnaker and the Melges 24 classes embarked on a 23 mile course that started off Gustavia Harbor and led counter-clockwise and three quarters of the way around the eight-square-mile island of St. Barth before rounding a buoy off St. Jean and heading back in a clockwise direction. For the Multihulls and the larger monohulls sailing in Maxi 1, 2 and Spinnaker 0 classes, a similar course added an extension on the far side of the island to incorporate a total of 39 miles. 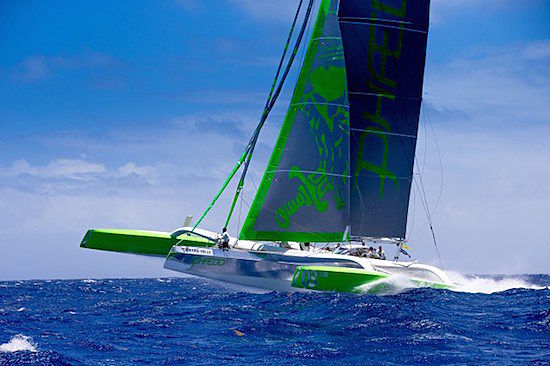 “Today was typical St. Barths conditions - 20 knots of wind, big waves and a lot of reaching legs, so it was a lot of fun being on a boat like a TP52 and surfing downwind in big waves,” said Gavin Brady, tactician aboard Vesper, which was yesterday's winner in the six-boat Spinnaker 0 class. Vesper had a scare yesterday when one of its side stays, made of carbon, gave way. Luckily, a rigging shop in St. Martin was able to provide a rod-rigging replacement overnight. “Carbon rigging is fine for the big boats like Comanche and Rambler where they have bigger safety margins for going out in the ocean, but with a little TP52 blasting around St. Barth or doing the Med Series, it's another story,” said Brady.

Vesper is sailing against two other TP52s, Sorcha and Team Varg, which finished second and fourth, respectively. Spookie finished third place. The Mod 70 Phaedo 3 won the seven-boat Multihull class, which was the last of the 10 classes to start, taking just over two hours and 25 minutes to complete the course. Rambler beat Comanche on corrected time. 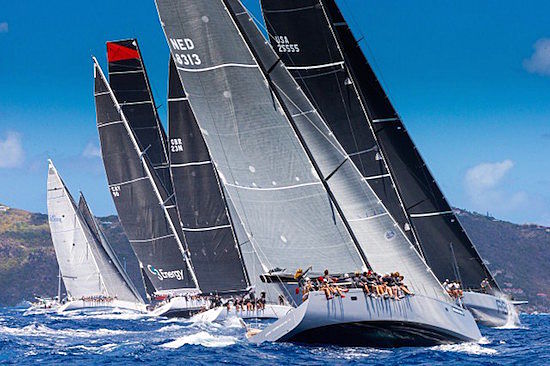 Taking second in Maxi 1 class, where they are grouped with Rambler 88, Comanche and Bella Mente, was Lucky, with Mark Watson standing in as driver for owner Bryon Ehrhart. “We sailed a good race; we really didn't have any big mistakes at all,”said Watson. “When you think about it, normally the team that wins is the team that has the fewest mistakes. A happy boat is a quiet boat, so everybody was pretty dialed in together, and the boat was immaculately prepared, so I couldn't ask for more.”

Bella Mente unfortunately was unable to race today because of an equipment failure that occurred only a few minutes before the start. “We had a hiccup today, but you can bet we'll be out there and ready to race tomorrow,”said owner/driver Hap Fauth.

In the Maxi 2 class, Lupa of London led the way, while in the Spinnaker 1 class, Lazy Dog won. Ventarron, Music and Martinique Premiere-Credit won the Spinnaker 2, 3 and 4 classes, respectively. L'esperance took Non-Spinnaker class, while GFA Caraibes won the Melges 24 class.