Bruntons Propellers has retro-fitted the 49.3 metre classic topsail schooner Orion of the Seas with new Varifold folding propellers. With a diameter of 45in, (114cm) they are the largest Varifolds produced to date, although the power they handle, at 210hp each, is small for a propeller already proven capable of handling power outputs of over 750hp. 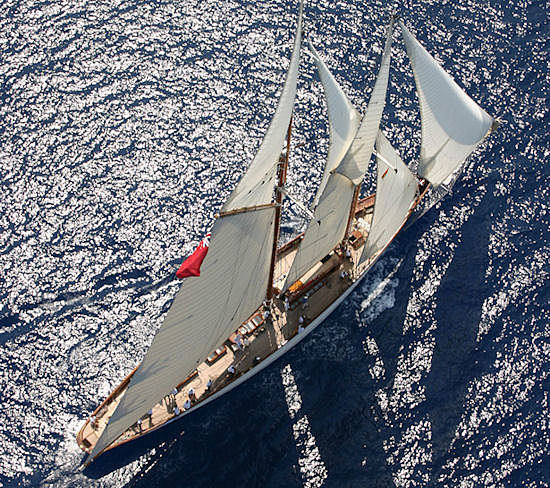 A spokesman of the company said, “A growing number of classic yacht owners are discovering the substantial improvements that fitting a Varifold can bring. It was during a recent refit that ‘Orion’s’ owner took the opportunity to rectify a problem which was causing considerable annoyance and is a common reason for the growing replacement of some propellers with Varifolds – noise and vibration. The yacht also did not perform as well as was hoped under power but, while this was not of major concern, the fact that her flat bladed feathering props created excessive noise and vibration certainly was.”

Since the new Varifolds have been fitted, the noise and vibration levels have been improved considerably.

Sound levels when cruising at 1200 rpm have fallen in the owners’ bedroom from 59.5db to an almost silent 47db. Cruising at 2000rpm they have fallen from 69.1db to 58.1db. Little vibration is now transmitted into the vessel, which being of a steel framed, wood planked hull construction also speaks volumes for the efficiency of the propellers. 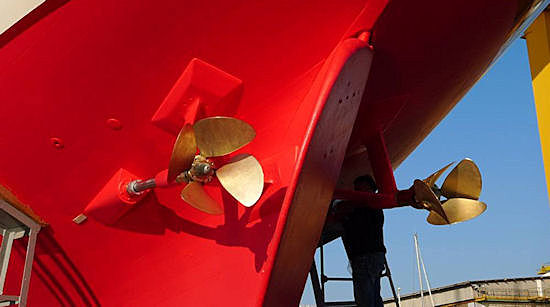 Although performance was not a major issue the new propellers have been able to produce improvement here also, showing that considerably less noise and vibration does not have to be bought at the expense of reduced performance. Orion is now making 11.7 knots at 2,700rpm compared with 11.2 knots before, while at her maximum revs of 2,880rpm she now reaches 13 knots.

Orion of the Seas was designed by Charles E Nicholson, built by Camper & Nicholson and launched in 1910.