The Italian yard Otam has announced the first details of its latest fast planing yacht, a 26-metre superyacht called the Otam 85GTS. 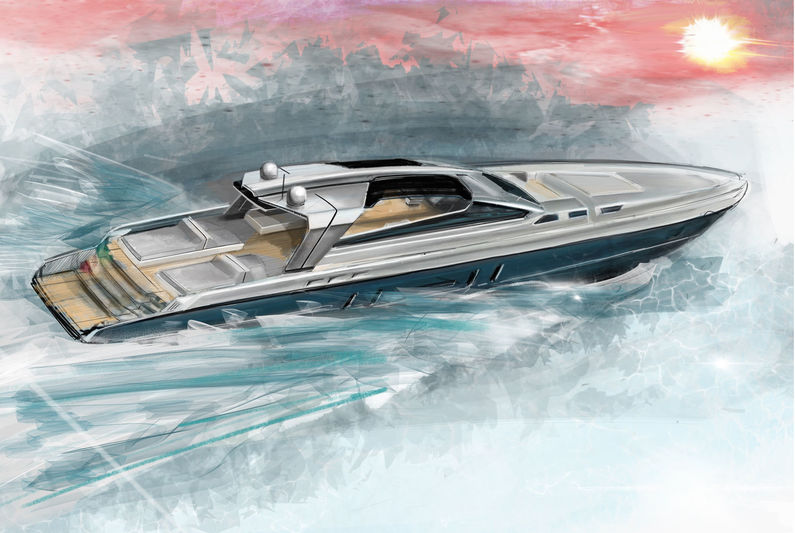 This latest superyacht builds on the success of the Otam 80HT series, which has produced four hulls up to date. The Otam 85 GTS has a six-metre beam and a shallow maximum draught of 1.4 metres. The new 85 GS sports a GRP hull, with the yacht's exterior styling by Niccolò Pasquini and Alessio Riccobaldi from R+P Architecture and Otam's long-term yard partner Umberto Tagliavini responsible for the naval architecture.

As evident from the images, the yacht's most distinctive feature is found in the curved retractable sunroof sections which are built into the superstructure. Otam describes these as 'gullwings' and explains that they were inspired by the styling of modern supercars.

This supercar inspired gullwing hardtop has a structure based on a central spine; while underway with the wings lowered it gives a sense of complete protection with very little turbulence, and when at anchor, you can raise the two wings to enable a feeling of close contact with nature, if desired.

With power a priority for this new, sporty vessel, clients will be offered a choice of either twin 1,925hp Caterpillar C32 engines or a twin 2,600hp MTU 16V set-up, with the latter arrangement achieving speeds of up to 45 knots and comfortable cruising at 35 knots when twinned with Arneson surface drives, and the former reaching a top speed of 38 knots and a cruising speed of 32 knots. 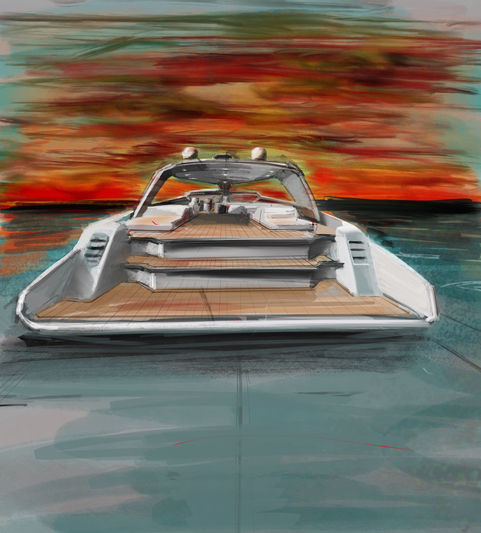 In addition, owners are also offered a choice of foredeck layouts; either a lounge and coffee table or an expansive sunbathing area. Aft, the emphasis for her guests is on enjoying the relaxing superyacht lifestyle, with the 85 GTS' wide open stern offering easy access to the water and numerous sunbathing opportunities.

On board, accommodation is for up to six guests across three staterooms, with a crew of two also accommodated for.