Overmarine Group, builders of the successful Mangusta line yachts have delivered their 10th 165 model to her American owners. Hull number 10 wears the new ‘E’ for Evolution badge – a technically and aesthetically updated version of the 165 line. Moran Yacht & Ship secured the sale of the yacht and was involved throughout the build of the vessel. 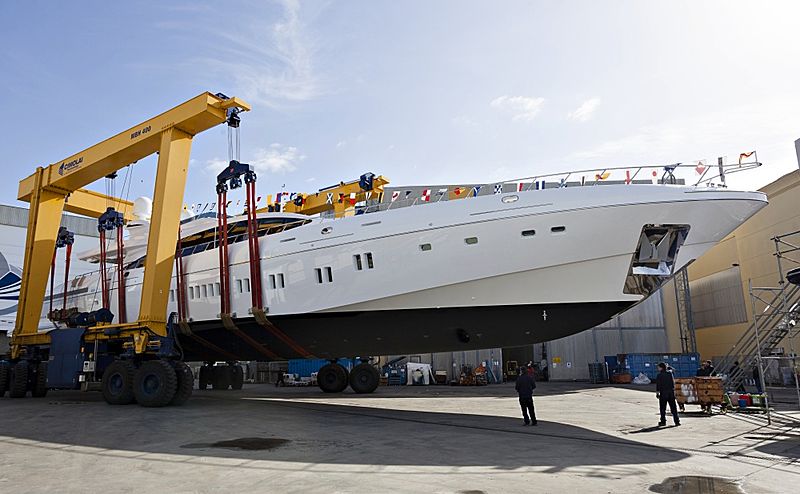 What sets the ‘E’ version apart from her other sisters is a new MTU power train with 4 MTU 16V M94 engines powering 4 Rolls Royce/Kamewa waterjets. The new 2000 series engines are smaller and lighter than the 4000’s previously used which means considerably less consumption at speeds between 20 and 30 knots. The engines are also linked to the 4 Seakeeper stabilisers and can be used when at anchor or underway.

The Group's' in-house design department worked together with the owner to create a wonderfully customised interior. As repeat Mangusta owners, the clients had a clear concept in mind from the beginning.

The shipyard will now continue on the construction of hulls 11 and 12, both of which have already been sold and are expected to hit the water next year.