The Overmarine Group’s new Mangusta 165 no. 9 has been designed to encompass a layout befitting of a ‘home on-board’ in a bid to cater to the desires of the company’s clients. The key features of the new superyacht are space and light as well as high performance and comfort and efficiency at all speeds. 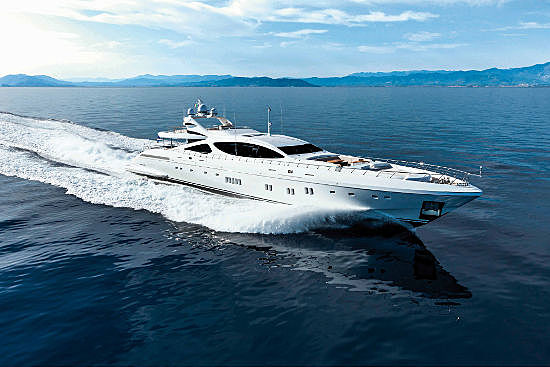 The vessel boasts a new propulsion system with 4 MTU 16V 2000 M94 2600hp engines, 4 Rolls Royce/Kamewa NP (new pump) waterjets and 4 Seakeeper stabilisers. As the engines are lighter than the previous ones, the driving system has an excellent weight/power ratio as well as being more efficient and having a modular functionality. 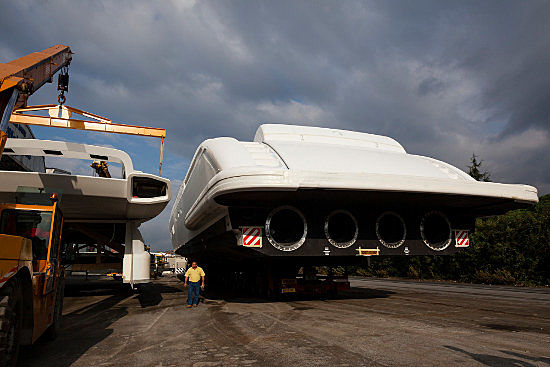 The waterjets are also stronger as the design has been renewed in order to offer a better performance at lower consumption. The result is the capability to reach similar speeds as in the past but consumes less: 35% less at 20 and 30 knots. The optimised layout in the engine room has provided the space to install 4 stabilisers for improving stabilisation when the yacht is both at anchor and under way: 50% less rolling with half metre waves. 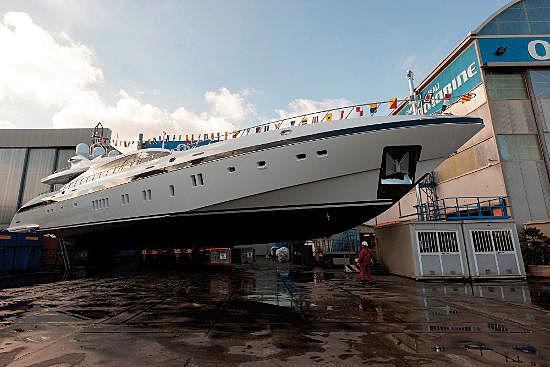 The model has now also been proposed in an “E” (evo/evolution) version with a number of external aesthetic features.