The Mangusta Oceano fleet is growing with Overmarine now having launched three of these units since 2016. The latest launch comes just over a month since the Mangusta flagship, El Leon, was unveiled in Pisa. 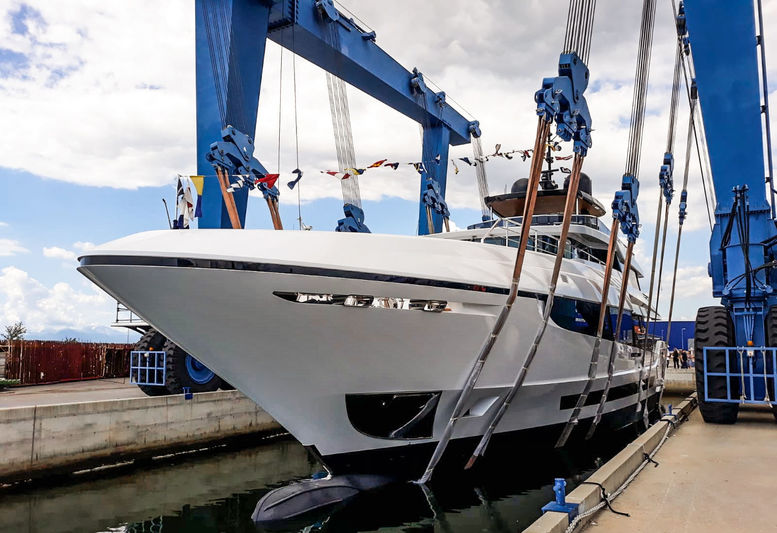 Yet to be named, hull number three in the Oceano 42 series follows in the footsteps of her two sisters with an elegant exterior by the talented AM Yacht Design from Trieste. The project blends spacious guest areas and an abundance of amenities on board with extreme comfort at sea.

As the name suggests, the Oceano line is not built to be tied up in a marina, and with a 4,500 nm range and apartment-sized private and social areas, the urge to cover oceans with this yacht hits you the moment you step on board.

Big windows on each deck and a lightweight aluminium superstructure construction created the perfect canvas for the design teams to put together a bright and functional interior designed for all types of uses, including spending prolonged periods at sea.

The next stages of construction will involve final outfitting and sea trials before she is expected to be delivered later this summer season.

Superyacht of the Week: the Mangusta Oceano 42