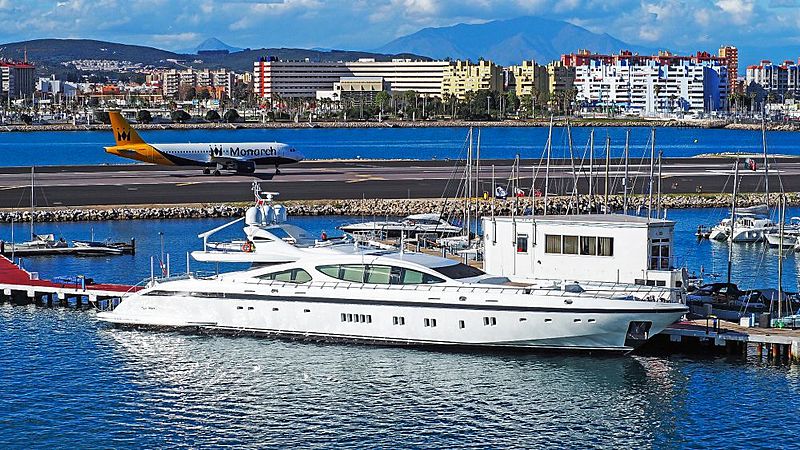 The 50m superyacht Pumpkin in Gibraltar

Launched as the ninth superyacht in Overmarine’s Mangusta 165 line in 2014, the 50m Pumpkin is fitted with four Rolls Royce waterjets that pushes her to speeds in excess of 40 knots. A sophisticated on board stabilisation system ensures that Pumpkin remains upright during high speed manoeuvres or while resting at anchor. To date, 12 Mangusta 165 yacht have been sold, a line that was first introduced by the Italian shipyard in 2007. She is currently moored in Gibraltar.