Overmarine today announced the sale of its first Mangusta GranSport 54 model – the flagship of the new Mangusta Fast Displacement line. Construction of the yacht is already underway in Pisa and will be ready for delivery in 2018, reports Overmarine. 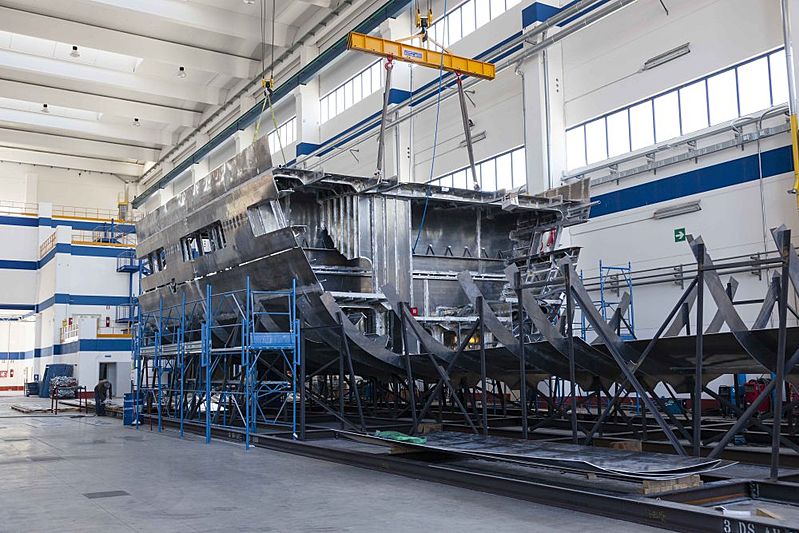 Designed by Alberto Mancini, the project was first unveiled during the 2015 Monaco Yacht Show as a concept. The design has since materialised and will become the Italian Yacht builder’s largest superyacht to date once completed. Overmarine’s first displacement yacht, the Mangusta Oceano 42, was first unveiled during the recent Cannes Yachting Festival.

“This successful sale confirms that, thanks to our thirty-year tradition of building fast, comfortable yachts and the reputation we’ve built up in that time, we’re even able to aspire to playing a leading role in a segment that’s completely new to us,”commented Francesco Frediani, Group Commercial Director.

The first GranSport 54 will be equipped with four MTU M94 engines in order to push the 54-metre yacht to speeds of over 30 knots. Along with this impressive maximum speed comes a respectable range of 3,000 nm while maintaining a more modest cruising speed.