Mangusta has chosen Marina Ibiza as the site of its Balearic headquarters, to be run by Michl Marine, the brand's exclusive distributor in the islands. The Overmarine Group, builders of Mangusta yachts, have selected Marina Ibiza as the ideal location for presenting and displaying their large boats.

Marina Ibiza is currently participating for the next several days in 'Boot Düsseldorf 2012' along with the Overmarine Group and Michl Marine. In a show of support of the Italian boatyards and their distributor in the Balearic Islands, Marina Ibiza has shared in the building, and is sharing in the manning, of the group's stand at the Düsseldorf boat show, which is on from 21 to 29 January in the German city. 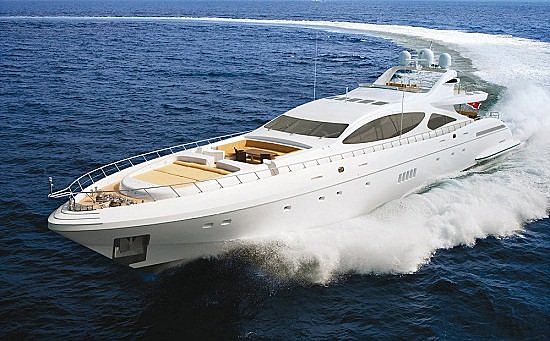 In its policy of expanding over Europe, the Overmarine Group considered Ibiza harbour an essential base for enjoying an excellently positioned presence in the Mediterranean – for the very reason that, in little over a year, Marina Ibiza has become one of the harbours in greatest demand by megayacht owners from all over the world. By teaming up with Marina Ibiza in this way, Michl Marine is becoming an outstanding part of the international network of distributors to which it belongs.

The Overmarine Group boatyards are known worldwide as owners of the Italian Mangusta brand and as builders of Maxi-Open yachts, which combine speed and the latest technological features with simplicity and ease of handling. Thus Michl Marine, with Manfred Michl at its head, is being consolidated as the Balearic Islands' most outstanding distributor in large boat sales following 15 years of trading in Ibiza. Its office is sited on the main pontoon of Marina Ibiza, with first2 class facilities and a concierge service that makes it the Mediterranean's most exclusive harbour.