For six days a year, the quays of Vieux Port and Port Canto in Cannes, France are transformed into the bustling hub of the Cannes Yachting Festival, as both international and local yachting companies come together to present their complete offering. 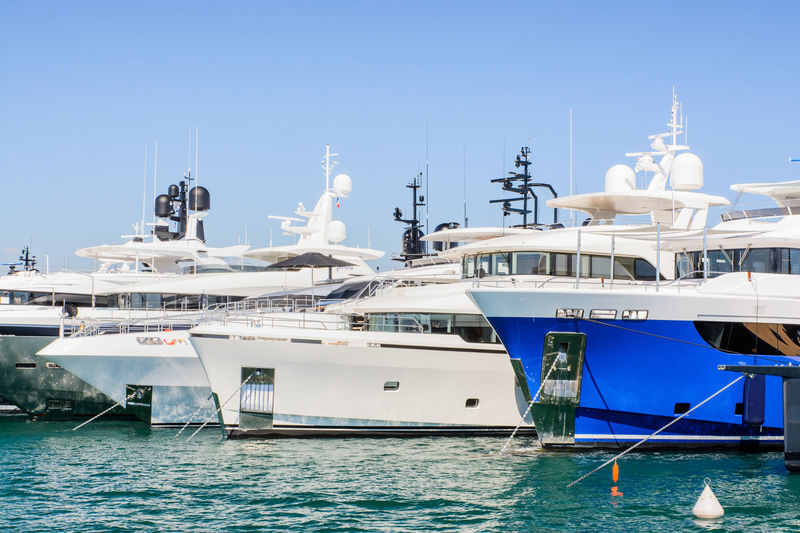 Photo: Julien Hubert / SuperYacht TimesCannes Yachting Festival 2018 continues to attract a large number of visitors, who come to visit 542 exhibitors, including leading yards such as the Ferretti Group, Sanlorenzo, Azimut /Benetti Group, Princess Yachts and Cantiere delle Marche. Running from the 11th of September to the 16th, this year’s edition welcomes 638 boats, ranging from 2.4 metres to 50 metres in size, with 219 new boats being presented, including 122 world premieres. 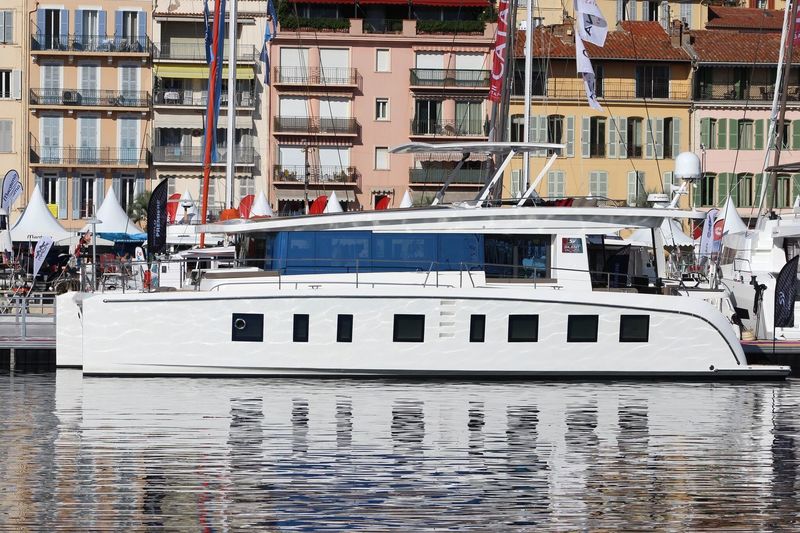 One of the most innovative world premieres to take place during Cannes Yachting Festival was the debut of the Silent 55, the first transatlantic solar-electric production catamaran. Developed by Silent-Yachts, the Silent 55 is powered by electric propulsion for minimal vibration, no noise or fumes. The Silent 55 can cruise efficiently for up to 100 miles a day for weeks without the need of fuel to power a generator, as it takes a holistic approach to energy usage. “The generator is only used to recharge the batteries in the rare case when a higher speed is required for longer periods of time or if the weather is bad for several days,” said Michael Köhler, CEO of Silent-Yachts during a press conference at Cannes earlier this week. “Under normal, average holiday conditions, the boat is self-sufficient with unlimited range without burning fuel.” 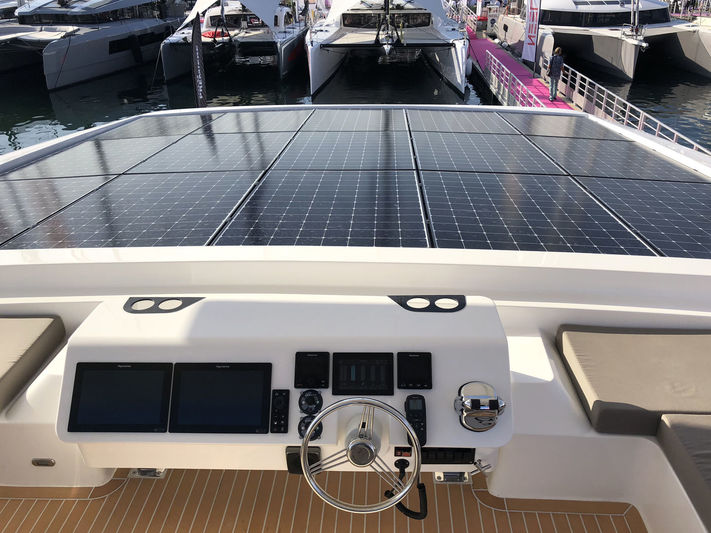 Photo: Silent-YachtsThe solar-electric catamaran is available in several power configurations, with all versions relying mainly on solar power from 30 solar panels for propulsion and onboard power needs. The Silent 55 presented at Cannes is an ‘E-power’ version for example, with twin 135 kW motors and is able to reach up to 14 knots. The model is also available as a ‘cruiser’ version, with a pair of 30Kw motors, or a ‘hybrid power’ version with two 220 hp diesel engines and two 14 kW electric motors. There is also a ’sailor’ version which can be equipped with all the aforementioned configurations and is rigged with a mast and sails to provide additional propulsion in fair winds. The Silent 55 is available in five different layouts, ranging from three to six staterooms, with three or four heads, although other layouts are available on request. “There is nothing on the market at this moment with lower maintenance costs,” added Köhler. 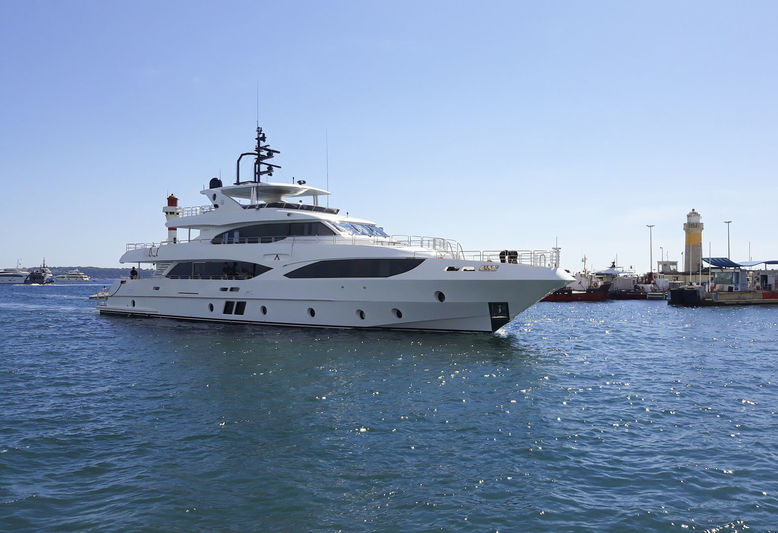 Photo: Gulf Cratf Inc.UAE-based shipyard Gulf Craft presented two new Majesty superyachts at Cannes Yachting Festival this week, the Majesty 125 Altavita and Majesty 100 Svetlana. During a press conference held on board of the 38.5-metre Altavita, recently appointed CEO Gregory Yeakle shared details concerning the yard’s new three-point strategy to drive the company’s growth forward, as well as plans for its first flagship megayacht -  the Majesty 175. “We have a renewed focus on growth because if a business is not growing, it is declining,” said Yeakle. The Majesty 175 is set to be the first world commercial yacht over 500GT made from GRP material in compliance with the LY3 Code, according to the yard. Developed in collaboration with naval architect Massimo Gregory, with interiors designed by Cristiani Gatti together with Gulf Craft Design Studio, the superyacht is set to launch by the second quarter next year. “We are redefining certifications and have the know-how to do so.” 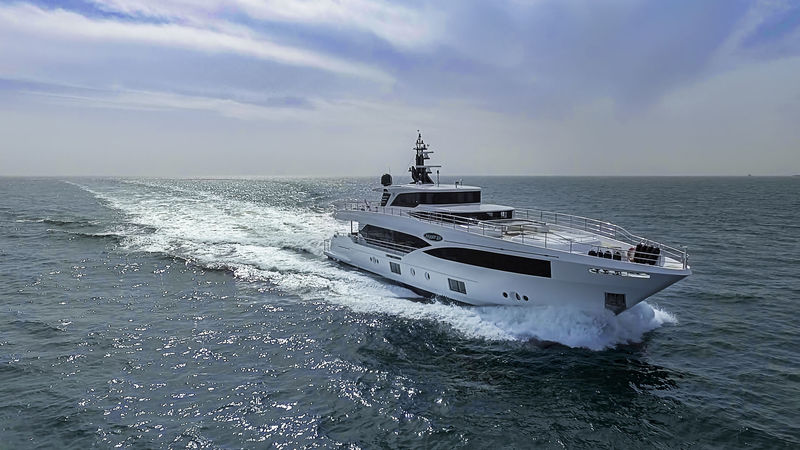 Photo: Gulf Cratf Inc.In order to improve the growth of each of its brands, Gulf Craft is set to manage each as its own unit, with separate teams for each brand and individual business plans and growth objectives. The company also aims to implement a new design language concerning all its models across the range, beginning with the Nomad Yachts, Oryx, Silvercraft and Majesty Yachts. Gulf Craft also plans on investing in refreshing product lifecycle management within each of its brands to bring out new models at a faster pace in the future. Lastly, the yard will also begin nurturing and supporting its own talent by structuring itself as a ‘learning organisation’ to ensure it is able to attract and retain the best talent possible. "I firmly believe the future of any business is not driven by what you did yesterday but what you are doing today.”  Another yard to unveil its next step at the Cannes Yachting Festival was Dreamline Yachts. The yard announced the construction of a new production area, set to stand 4 thousand square metres, in order to manufacture fibreglass in-house during a press conference onboard of the Dreamline 35, the updated version of the Dreamline 34. Paolo Bencivenni, CEO of Dreamline Yachts, revealed the yard currently has eight yachts under construction after opening its eight thousand square metre shed in Fano two years ago. “This was a positive year for the company, above all for the excellent order portfolio. Since the foundation the shipyard can boast seven boats launched,” said Bencivenni. 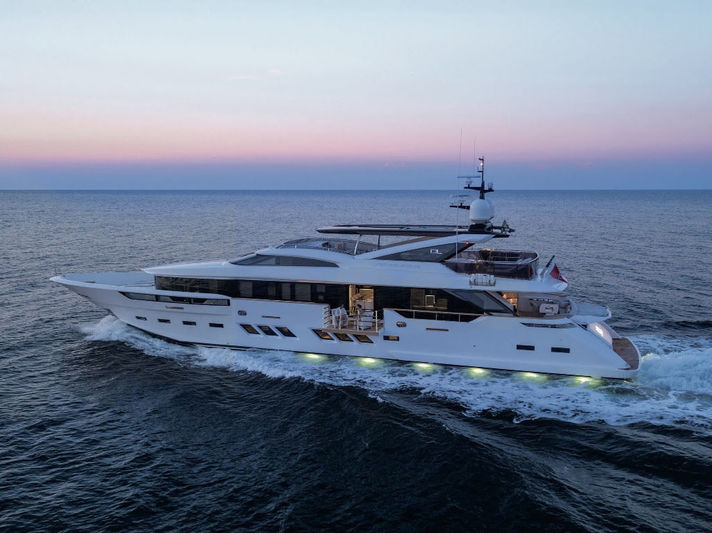 Bencivenni also announced that Dreamline Yachts is set to expand its current range offering and will be introducing a new product line which will include smaller boat, starting from an entry level of 68 feet up to a fully custom yacht of 100 feet or more. At the same time, the company also aims to renew its image and is set to launch a rebranding scheme which is set to be revealed within the next few months.

Another shipyard to debut new vessels at Cannes was Dominator, who revealed two new Ilumen 28M superyachts, Zalanka and Cadet V. Part of the yard’s Ilumen series, the 27.35-metre Cadet V features an exterior design by AM Yacht Design and interiors by Luca Catino. Built to her owner’s specific requirements, the superyacht features a full beam master cabin with two VIP cabins on the lower deck and two unique artwork from Stefano Curto, made from thousands of Swarovski crystals in the main saloon and master cabin. Although Zalanka was not physically present at Cannes Yachting Festival, her sister ship, Kalliente, was showcased and offered visitors the chance to see Dominator customisation options first hand. 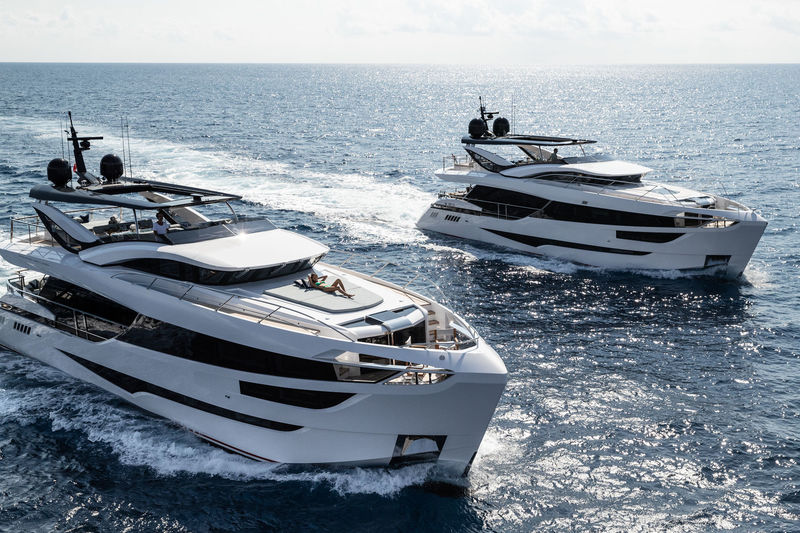 Photo: Dominator Yachts“An Ilumen is not off the rack, but made-to-measure and the product of our on-going commitment to technological research and development,” said Angela Pernsteiner, CEO of Dominator Ilumen. “We collaborate with the best experts in their fields to ensure we are at the cutting edge of engineering and design so that we can offer yachts that are powerful, thrilling, beautiful and safe beyond what has previously been seen in this segment of the market.” 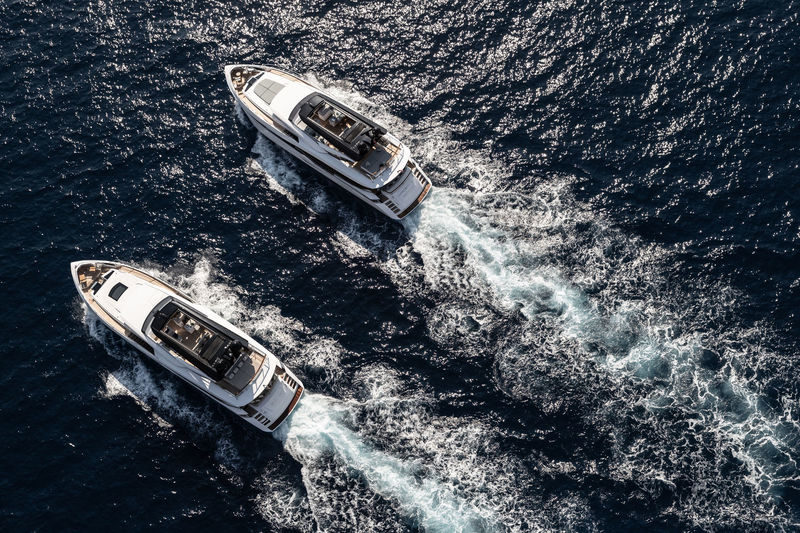 Photo: Dominator YachtsPolish shipyard Conrad also revealed the upgraded model of their custom superyacht Viatoris this week, the new 40-metre C133S model, following Viatoris world premiere at Cannes, which features a straight bow. Arcadia Yachts also marked the world debut of its A105 model,  showcasing the recently delivered 31.5-metre RJ, and revealed work on the third hull has already begun as the fourth is in the lamination phase. In addition, Numarine marked the double debut of its 26XP and the 32XP explorer superyachts and confirmed plans to begin building larger explorer superyachts.