The classic, 1971 Dutch-built, 31m displacement Motor Yacht Sprezzatura, built by Witsen & Vis, fresh from a full year of detailed refitting and upgrading, arrived on the French Riviera in early July 2013 to begin chartering. She has already met with some early successes through charter central agent, Classic-charters.com. Sprezzatura is Cook Islands Commercial flag and RINA 100A1.1Y, and has accommodation for eight guests and five crew. SuperYachtTimes.com editor Maarten stepped on board in July in Antibes. 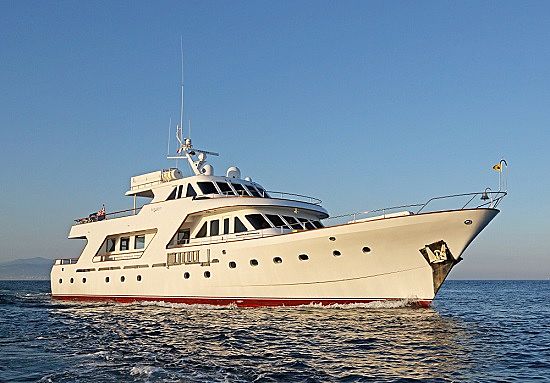 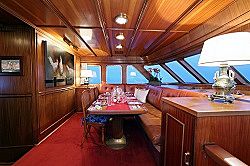 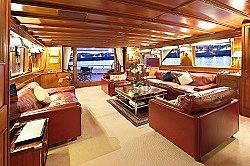 Sprezzatura’s MTU 1,350hp main engines were rebuilt during the refit, significantly reducing fuel consumption to 100 liters an hour at 9-10kt cruising speed (15-16kt full speed). A range of other ship systems — from water management to pipework and electrics — as well as the hull were rebuilt. But most significant, from the charterers’ standpoint, was the detailed refreshing of the interior and exterior décor, soft goods, and amenities, including a new Novurania main tender and new water-sports items. 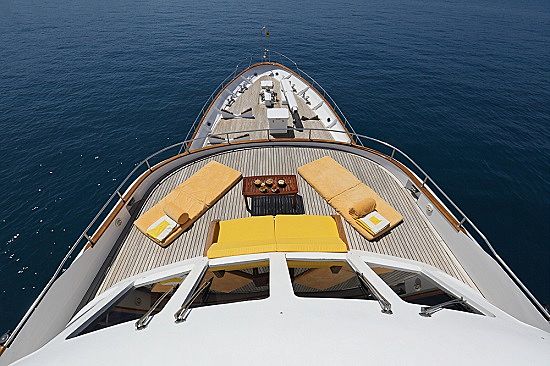 The yacht has several interior and exterior dining areas, and several large entertainment and sunning areas, benefitting from the fact that the tenders were moved from the top deck to the forepeak. 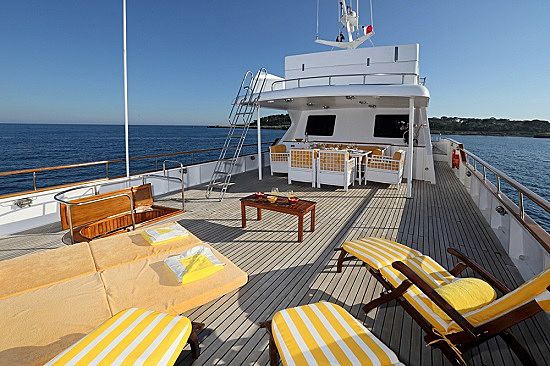 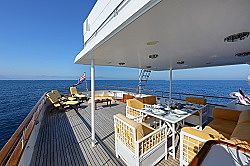 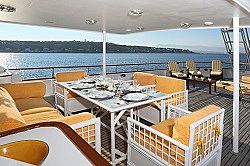 The owner of Sprezzatura noted that the objective of the refit, apart from technical excellence and reliability, was to bring to the market a vessel which would truly be worthy of being called “a gentleman’s yacht, ideal for the most sophisticated lady”. “The idea was not to compete with gadgets, but to ensure that we could offer absolutely breathtaking — and yet subtle — cuisine and comfort,” the owner said. “No-one with a classic yacht has any desire to compete with the very large, ultra-modern yachts of today. They are different vessels for different people. We wanted — and we believe many charterers want — a vessel which could deliver modern amenities, but with timeless quality and elegance. We wanted it to epitomise good taste while delivering a relaxing style which would make a head-of-state feel comfortable, even if he just stepped across from a 100 metre yacht.”

Indeed, the owners have, with their earlier yachts, entertained many heads-of-state, leaders, and royals. Sprezzatura even has her own signature cocktail — the Sprezzatura Cocktail — the recipe for which the owner freely distributes on the vessel’s broker-friendly website. 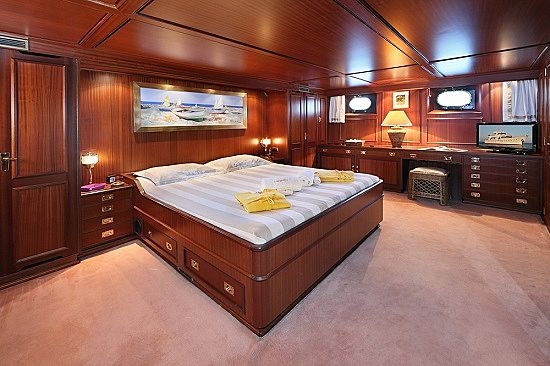