David Dyer’s ownership journey is the epitome of what yachting is all about: genuine passion for boating and a desire to embrace the freedom that success affords. Growing up in Atlanta, Georgia, Dyer’s love for boating begun with sailing on a local lake as a child with his family, but it wasn’t until Dyer’s career kicked off in later life that he could begin to seriously invest in - and indulge in - his passion. 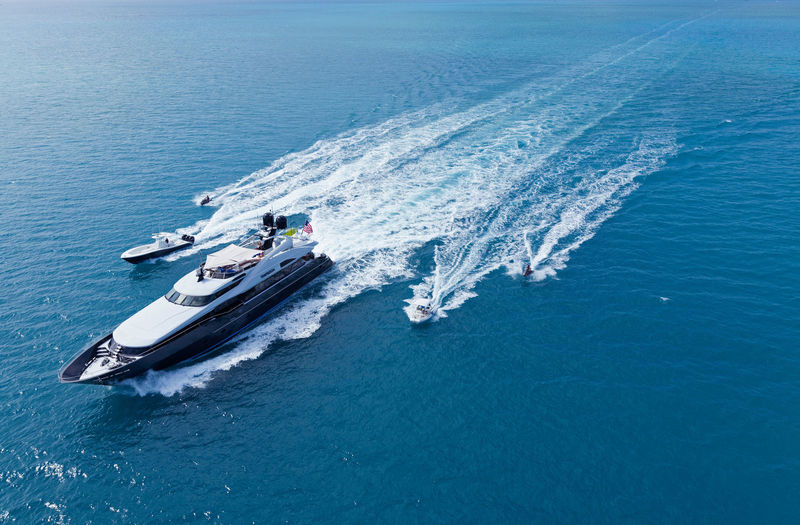 Photo: Northrop & JohnsonThe career in question was centred in the retail sector, with positions at several large companies including acting President at the American multi-brand catalogue retailer J-Crew, and CEO of the global fashion house of Tommy Hilfiger. But as is often the case with stories of success, this was never the initial plan. “I went to Engineering School, and right after college, I started teaching in Paraguay. My wife and I actually got engaged while I was there over HAM Radio… it was the early 70s and there was very poor phone reception!” Dyer smiles as he begins to tell me his story. “We came back to the States and I started working in retail - never engineering. Sometimes you’re just lucky and things fall into place, and the fashion and retail world is exciting and almost 24/7. For many years, I was travelling the globe for probably 140 nights a year designing and sourcing clothing… it was a fantastic ride.”

A fantastic ride, yes, and a ride that afforded the opportunity to really delve into yachting, but that level of success and professional responsibility comes with sacrifice. And the most significant of all sacrifices is always going to be time. In yacht ownership this tends to manifest itself in a number of ways, the bottom line often being that the owner him or herself rarely spends more than a week or two aboard per year. In Dyer’s case, however, a hectic work schedule and sparsity of time only meant that the yacht was used even more regularly. Based in the Florida area close to Dyer’s family, his yachts quickly became a place of refuge where Dyer could retreat with for a reinvigorating, quality-time weekend. Always keeping his previous yachts private for this very reason, he explains: “We were working like crazy, so yachting was our escape on the weekends. It felt like instant relaxation. There’s nothing like working all week then flying into your boat for a fantastic weekend, and then going back to work again refreshed!” 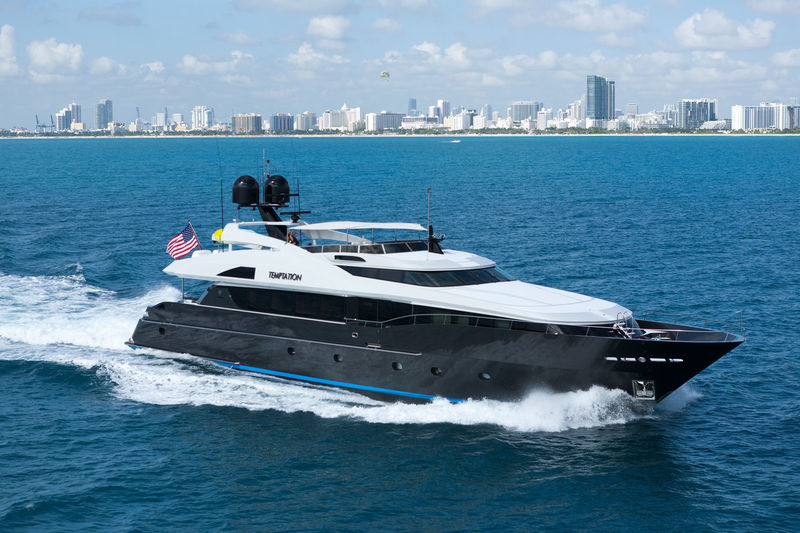 Photo: Northrop & JohnsonNow that Dyer is in his late 60s and officially retired (“It took three attempts,” he tells me laughingly), his boating ways have also changed to suit his new lifestyle. Without the constant pressure from a high-powered job and the bursting schedule that comes with that, Dyer is kicking back and taking it easy, and taking the time to enjoy the fruits of his labour over the past five decades. The proverbial choice piece of fruit from that labour is undoubtedly his latest superyacht, the 37.49-metre Temptation built by Palmer Johnson, designed by Nuvolari Lenard, and completed in 2005. And the difference to his boating ways? Well for the first time in his ownership journey, Dyer’s yacht is not private.

Available for charter with Northrop & Johnson, Dyer purchased Temptation last year, and he wasted no time in adjusting to a busy charter schedule. In accordance with Dyer’s personal wanderlust for the United States, Temptation cruises New England in the summer and then heads on down for a taste of Florida, the Bahamas and the Windward Islands in the winter. After decades of being able to jump on his boat whenever the fancy took him (or rather, whenever time allowed him), is it not hard to adjust to all of a sudden not being the boat’s number one priority, I ask? “When I was working full time I kept it as a private boat to avoid that frustration,” he replies. “At that time I wanted the boat when I wanted the boat and I didn’t want to have to compromise. Now I've retired it’s a different story. Now I have no schedule, charter is number one. We want to make sure we’re available any time someone wants to charter, and then in between, I would be happy to use her. Would I like to be on the boat for certain holidays or special occasions? Maybe, but we still will spend between 12 and 14 weeks a year on board which is very nice!” 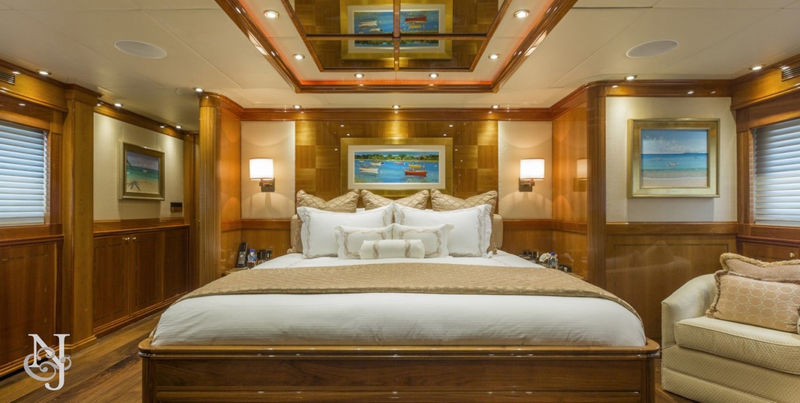 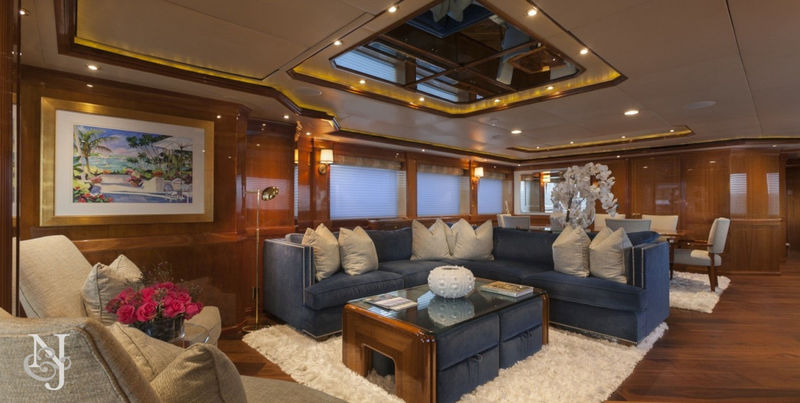 Photo: Northrop & JohnsonThough the charter schedule now very much takes precedence, that doesn’t mean that Dyer hasn’t enjoyed making the boat fully his own since taking delivery. Now completed, at the time of our conversation in Florida towards the end of 2017, Temptation was currently in the yard for some maintenance and the installation of a new hardtop. The reason? Well, Dyer is still Temptation’s number one guest with an impressive 12 weeks on board per year, and Dyer likes to ride up top. “I love being on the top in the open air with the wind in your face and an endless vista before you, but there was just a light canvas covering before and it was so hot in the sun,” he explains. “You couldn’t get away from the heat. It was a major project to get that hardtop made and look right… it probably took 6 months to build. But we’re installing her this winter and then she will be perfect.”

Perfection is of course in the eye of the beholder, though it’s hard to argue that her winter refit coupled with a complete interior refit a couple of years ago hasn’t resulted in an ideal family charter boat. Eight guests accommodated on the main deck, an intimate, experienced crew of five, a Jacuzzi on the sundeck and an awesome selection of water toys... and - for those looking to charter in the States - an American flagged boat, making cruising the US coastline paperwork and headache free. “There’s a lot of freedom when it comes to cruising in the States if you are US flagged,” Temptation’s captain, Stephen Fallon, tells me whilst reminiscing about travelling to some of the best spots on the East Coast, “you don’t have to have a notice of arrival in all of these ports for example.” 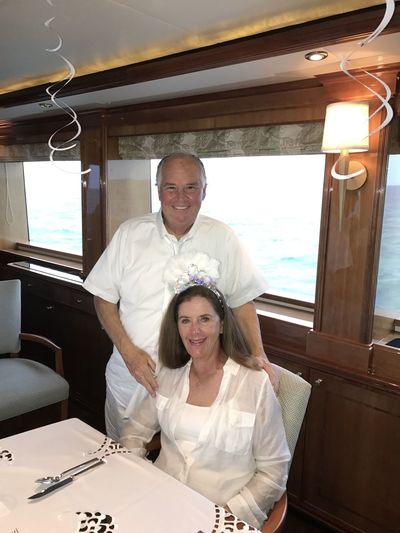 On this note, Dyer interjects: “I never made the conscious decision to buy a specifically American-made boat, the conscious decision was to fly the American flag on the back.” The reason lies not just in the fact that being a US flagged yacht makes travelling in the States by boat a hell of a lot easier, but also a more moralistic reason. Asking to hear more about the ins and outs of American flagged vessels (taking into account the relative rarity of American flagged superyachts!), Dyer lays it down for me: “There are lots of benefits to being US flagged… but, honestly, there are many more reasons to not have your boat US flagged. But it’s all a matter of money. As a US flagged boat you have to follow US laws and it makes it much more expensive to buy and to run a US flagged boat, and that’s why so many people have foreign-flagged boats. I really believe in treating people right, and to me that means not trying to save money where it isn’t necessary. You know, I want to pay my taxes and do the right thing.” 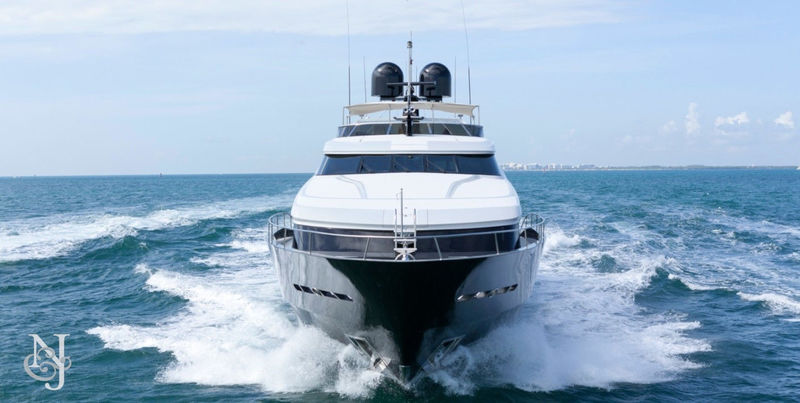 Photo: Northrop & JohnsonWrapping up our interview to head back to a busy Fort Lauderdale, I ask Dyer what’s next. Will there be a new superyacht on the horizon, or is Temptation going to be the only yacht in Dyer’s life for the foreseeable future? “Well I’m always at the boat shows, always looking! But for now I just want to go yachting again. My whole family comes onboard, and our grandkids are already little waterbugs, so for now I’m just looking forward to spending time on the boat with family and friends when we can.”

This article was featured in the most recent edition of the SuperYacht Times newspaper. Subscribe now to receive your copy straight to your door and never miss another issue.

Made in America: A closer look at the American new build market