Beginning his life working on the docks of the US’ East Coast as a young boy, the owner of the 37.19-metre superyacht Wonderland has a long-held affinity for the sea. Before Christmas, and amidst returning pandemic-induced lockdowns, we sat down for a call with the owner of the 1994 Delta Marine vessel. Talking all things Wonderland, travel and crew, we learned the advice that every would-be owner should know. The not-so-secret-secret? It’s the people you share yachting with that make all the difference. 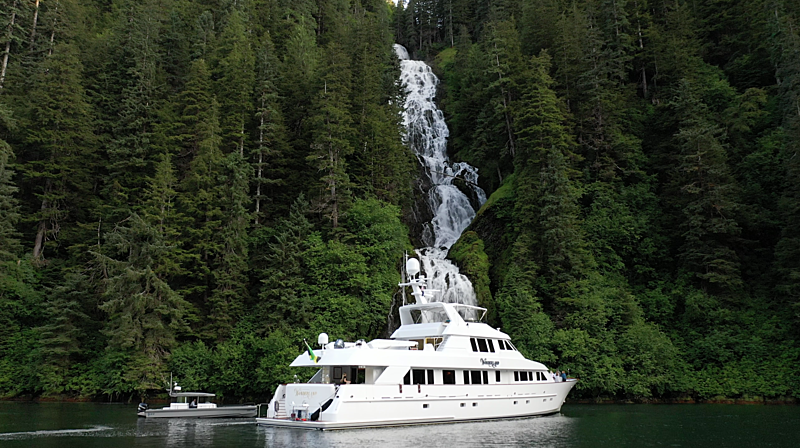 “I've always been intrigued by the water, I was raised on it,” Wonderland’'s owner begins. Discussing his earliest memories on the docks, he recalls with a laugh how his father would berate him for working as an assistant dock master. “I broke my teeth on a 13-foot (4-metre) Boston Whaler, a rite of passage on the Chesapeake Bay.” He had owned smaller boats throughout his life, and at one point purchased a 36.9-metre Westport for himself in 2013. However, he found that he couldn’t use it as much as he would have liked due to the demands of his job and in 2016 sold her on. Upon retirement, it was time to embrace the dream. “When I sold my company in 2018, what I really wanted to do was travel by water.” And so, the hunt for the perfect yacht was on. 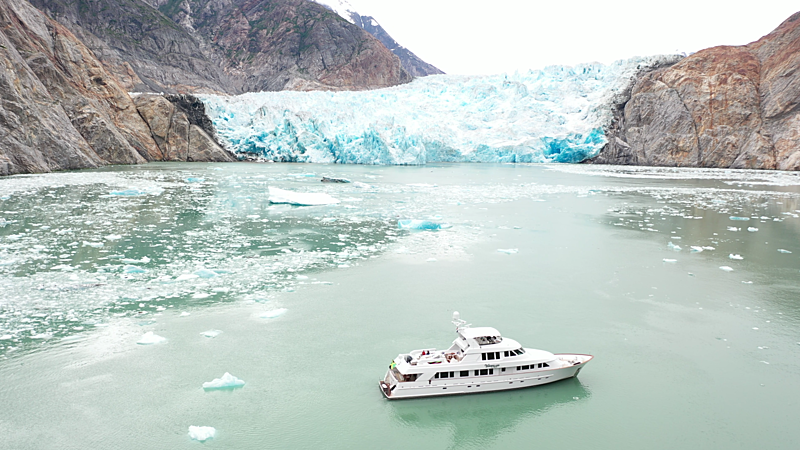 Over the years, Feadship has been one of his favourite builders. “I've always focused on Dutch boats: the Dutch make an incredible boat… and if there is a boat that has that Feadship quality in the Americas, it is a Delta.” It was in Fort Lauderdale that the owner happened upon Wonderland, then named Time for Us. “Quality, dependability, reliability. I think she is a beautiful boat,” he explains. 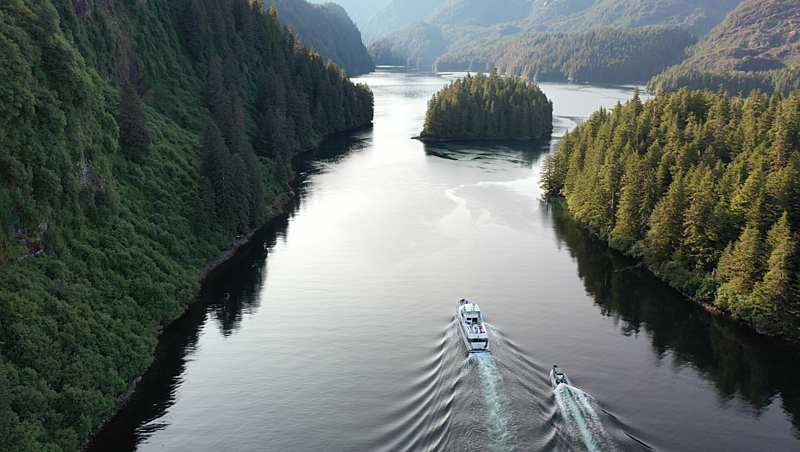 The key to successful yachting according to this particular owner? Cultivating a community. “I can have my wonderful children together along with their partners, and I’m kind of selfish because they can't go anywhere!” he smiles. “We get to spend evenings together, which I cherish so much.” His favourite spots on Wonderland are the round table, galley, and main saloon where he spends time enjoying family activities after dinner. After anchoring off, the family and crew gather to toast — and then the evening’s fun begins. 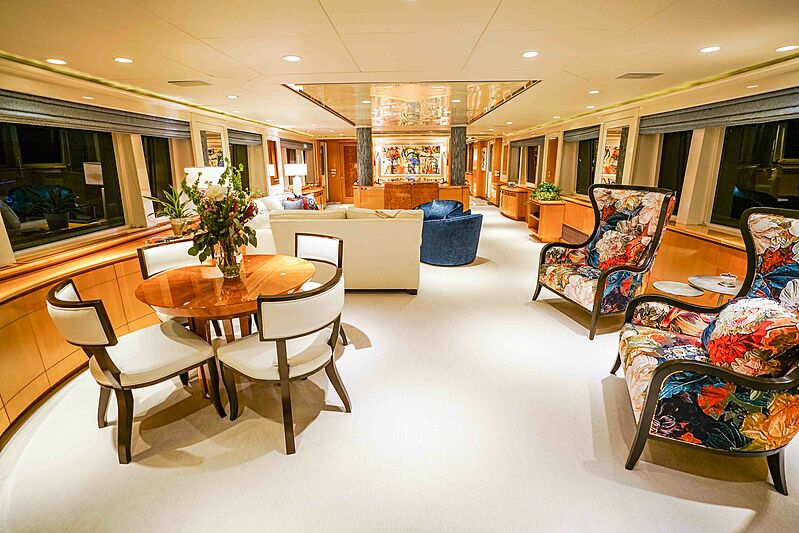 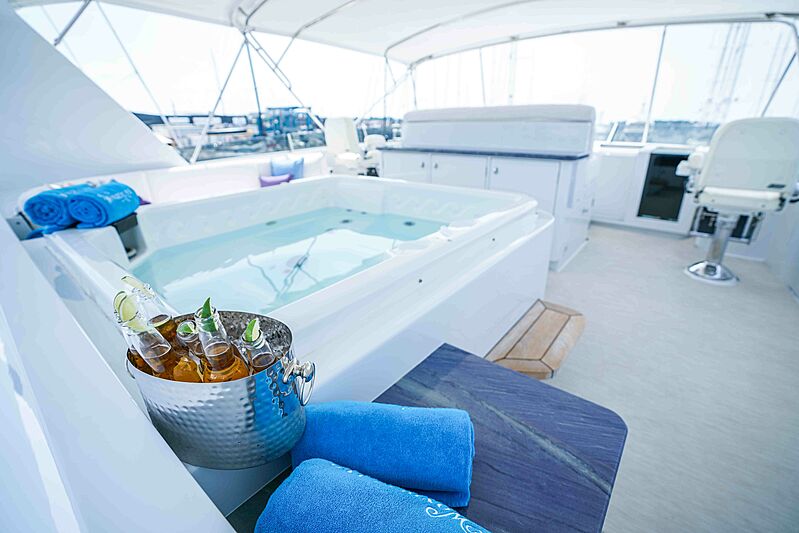 In fact, in our conversation, the word “family” comes up a lot — 20 times to be precise. It’s something that Wonderland’s owner values deeply, and also looks for in his chosen shipyard: Delta Marine. As he explains: “Jack Jones and his family are still there. When I toured their plant in June you feel it [the family element]. You could feel their morals and ethics, their passion, their commitment to the sea.”

Within his crew, the family-feel also remains strong. “The biggest obstacle in yachting is the crew, and it's one of your largest expenses. We've been through our share of captains and had our share of disappointments, but one thing I always look for is the quality of person and if our ethics match.” He explains that discovering the perfect captain is the precious puzzle piece for every owner.

Wonderland’s owner has a robust relationship with Kevin, the yacht’s captain, and the rest of his crew too. “They are part of our family, and we embrace it. We celebrate birthdays, anniversaries, and weddings together and I wouldn’t want it any other way.” And there are plenty of shared memories too: the owner recalls one particularly memorable moment while yachting in Alaska when the chief stewardess pointed out what appeared to be a moose fighting with a bear. “I take the binoculars out to look — and it was the captain and first mate dressed up in a moose and a bear outfit out in the middle of the marsh, play-fighting with each other! It was so funny.” 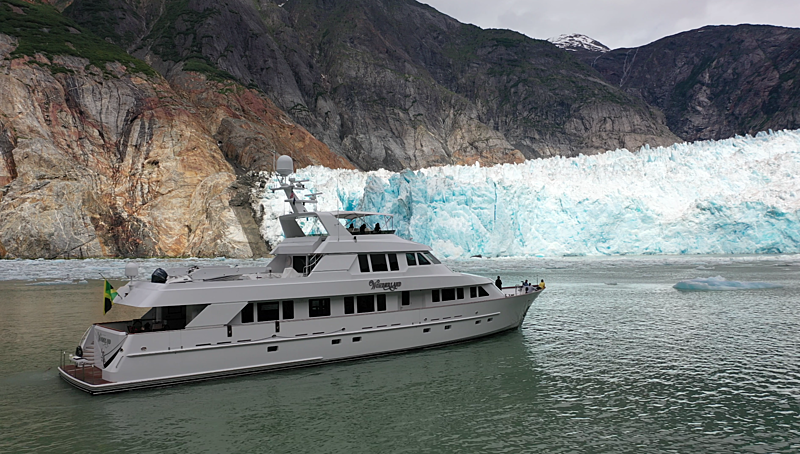 Alaska was a particular favourite for Wonderland’s owner, a travel veteran who has visited ports from Greece and Croatia to California and the Caribbean. But what’s next for him and his 290 GT motor yacht? First, a trip to Costa Rica in January, he reveals. Wonderland will emerge from the Panama Canal in February, followed by a Caribbean tour ending at Fort Lauderdale in June. “The Caribbean is quite the treasure. The diving and fishing is incredible,” he says. Indeed, whatever the future holds for his boat in the years to come, it is clear that the unique family spirit of Wonderland will follow her wherever so goes.

For sale in Florida: 46m Delta Marine motor yacht Time For Us