Over the past 50 years, American philanthropist and dentistry entrepreneur Jim Glidewell has built a multimillion-dollar business from the ground up. Founder and CEO of Glidewell Laboratories, he has used that success to not only grow one of the largest dental companies in the world, but to continuously invest in his ultimate passion: boats. Following the traditional route of yacht ownership, Glidewell started out with a 29-footer (8.8-metres), slowly progressed to superyachts in the 50-metre range, and has enjoyed plenty of variation in between. Currently aboard his 49-metre Trinity-built yacht Zoom Zoom Zoom with his family in Nantucket, Massachusetts, Glidewell tells us about his journey through yacht ownership, the charter market during Covid-19, and why he will always charter his boats for the benefit of his crew. 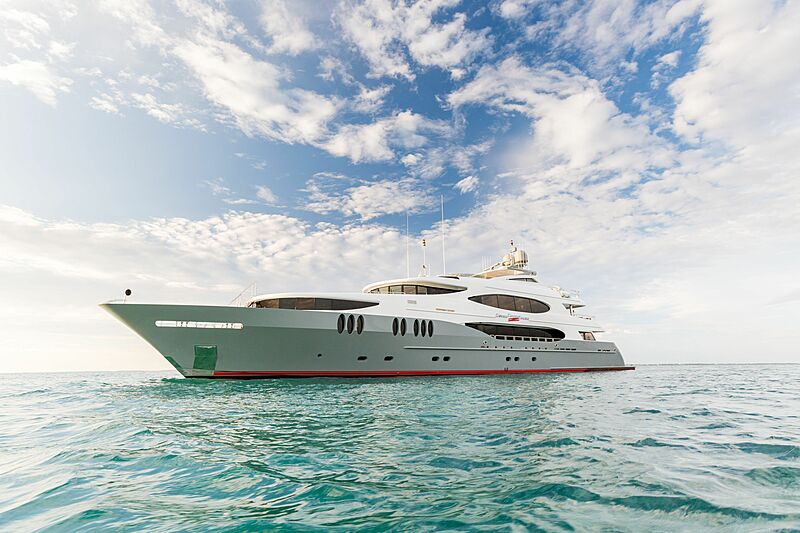 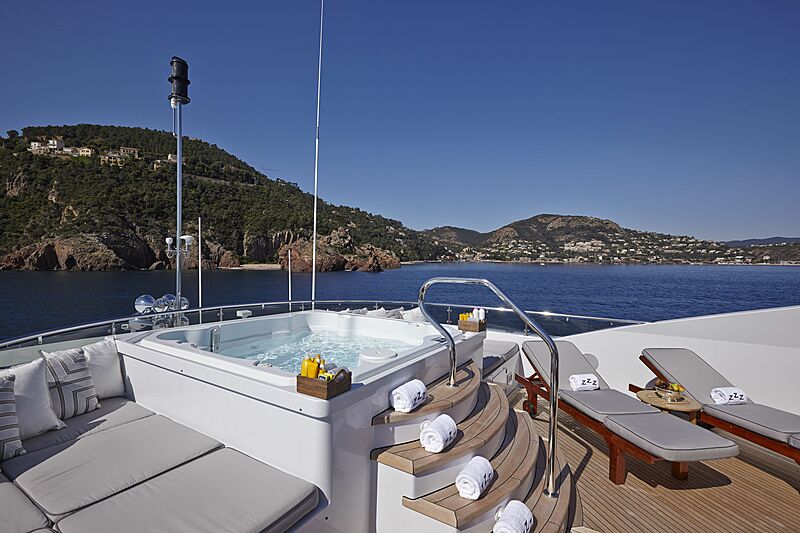 Though his ownership experience has been somewhat conventional, Glidewell's entry into the world of luxury superyachts wasn't quite so traditional. Born and raised in Las Vegas, Nevada, Glidewell grew up a world away from the open ocean. His introduction to boating was not as a child, nor was it in the polished luxury of superyachts, but onboard rugged naval vessels during his time in the Vietnam War. "Even though I was raised in Las Vegas in the middle of the desert, when I went into the navy, I somehow ended up running boats," he explains. 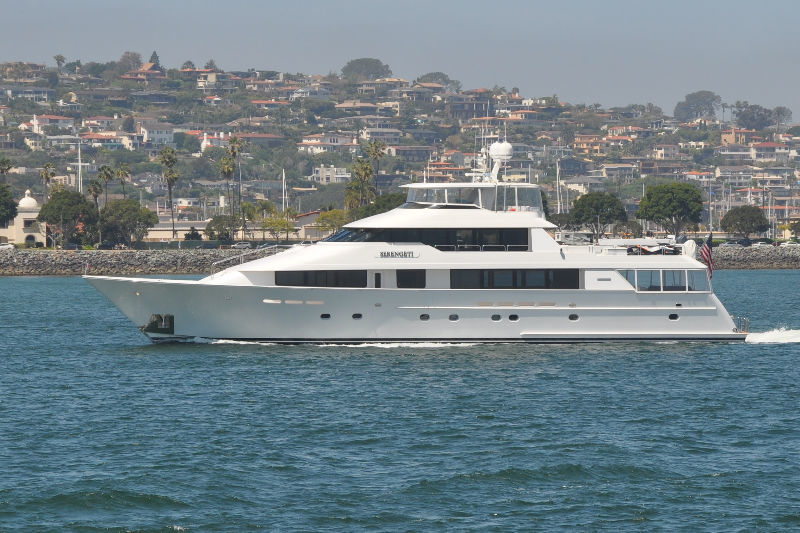 Since opening its first store in California in 1970, Glidewell Dental Labs is today the world's largest privately-owned provider of restorative dental solutions and has expanded to include 13 offices across the Americas with over 4,000 employees. As the business grew over the years, so did the yachts. In 1987, Glidewell upgraded to a 50-footer and over the next decade, moved on to a 19.2-metre Sea Ray before testing the waters of the large yacht market with a 25.6-metre Sunseeker. 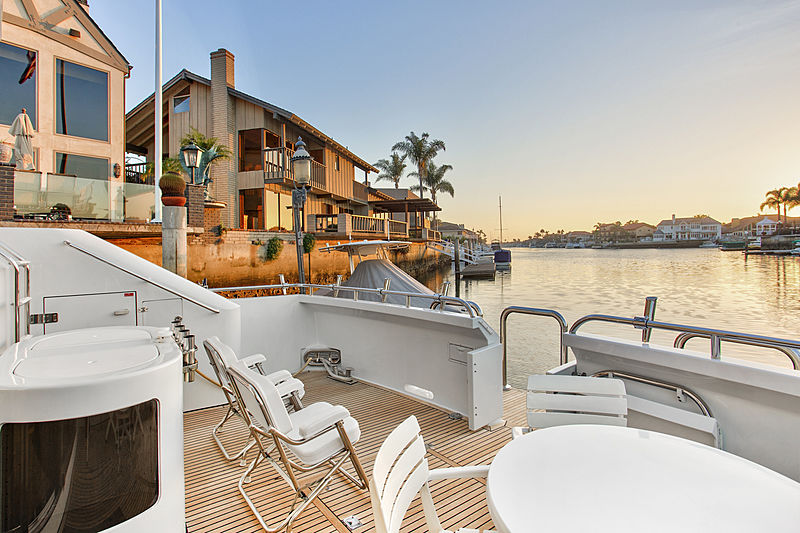 In 1995, Glidewell took the official leap into superyacht ownership with the purchase of the 28-metre Heesen motor yacht Voyager (built in 1985 and now named The Flying Dutchman). From there, Glidewell's fleet expanded to include a whole host of sportfishers, small runabouts and more than a couple of sizable yachts, including the 47-metre Admiral motor yacht Ohana (now Rhino, previously Roxana). 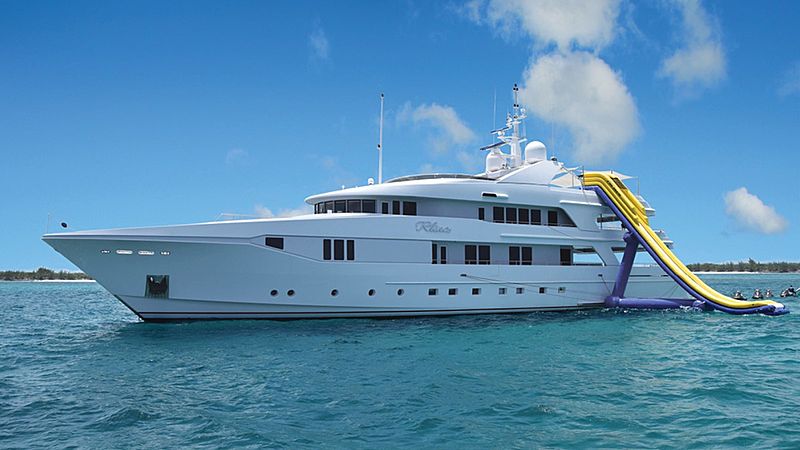 Photo: IYC YachtsToday, Glidewell's fleet includes a line-up of all-American boats: a 25-metre Hatteras, the 39.62-metre Westport Serengeti and the 49-metre Zoom Zoom Zoom. A dedicated father of four, the entire family spends several weeks a year on the water, with each boat also listed on the charter market. "We bought Zoom Zoom Zoom in 2015 and did work on her in 2017," Glidewell says. "I've always liked the way that the aft decks are set up on Trinitys, as well as the typical side stateroom with the master suite and nine-foot ceilings. My gosh, they are great for charter, and I love the boat." 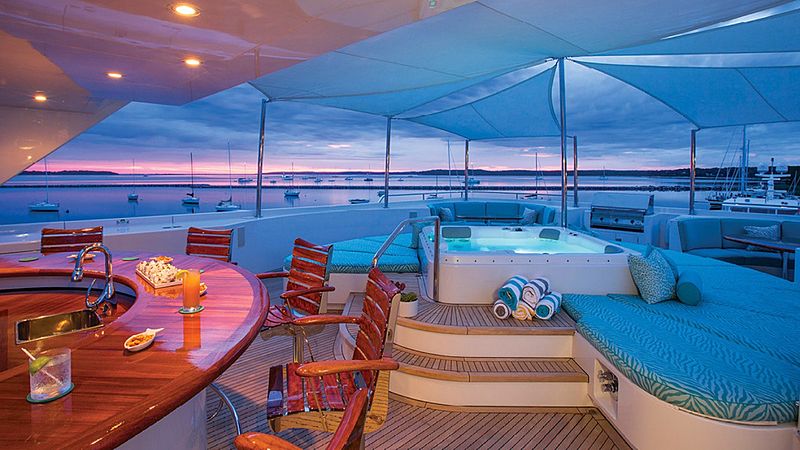 Photo: IYC YachtsRegardless of running a successful charter operation, having a young family, it turns out, is the real driving force behind the last 10-15 years of yachting for Glidewell. "We cruise the North East from Maine to Florida in the summer and spend the winters in Fort Lauderdale with quick trips out to the Bahamas," he says. "I'm into boating mainly because of my kids. If I didn't have young children to share all of this with I would not be into yachting as much as I am. Well... maybe just a little bit." 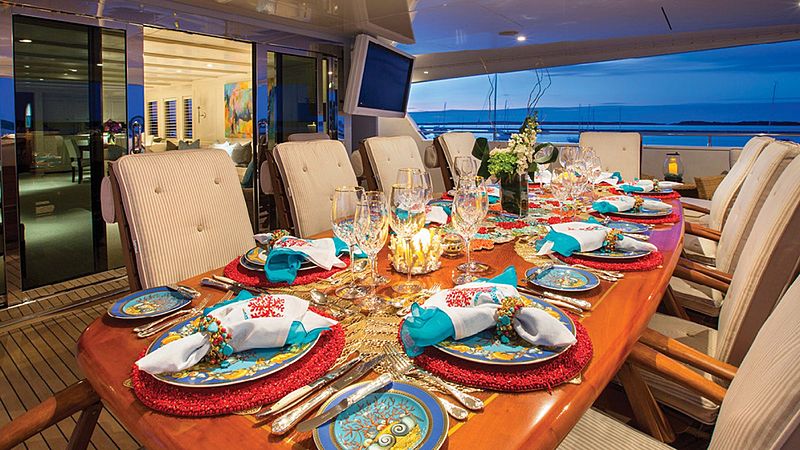 Photo: IYC YachtsCovering up to 75% of operating costs by chartering his yachts with his trusted brokerage firm, Northrop & Johnson, he explains: "I charter because it makes it more affordable, and I charter because it makes my crew sharper and allows them to make more money. I've always owned boats, and I take the beating - I have a large enough company that it doesn't bother me that much. It is a benefit for my children. But I strongly believe in charter as a yacht owner. It also offers my crew a chance to make excellent money on tips. Chartering keeps the crew active, whereas if you have a boat that just sits at a dock until the owner is on board, the crew can go stale. They start losing interest. On a charter boat, you've got to keep everything at 100% all of the time." 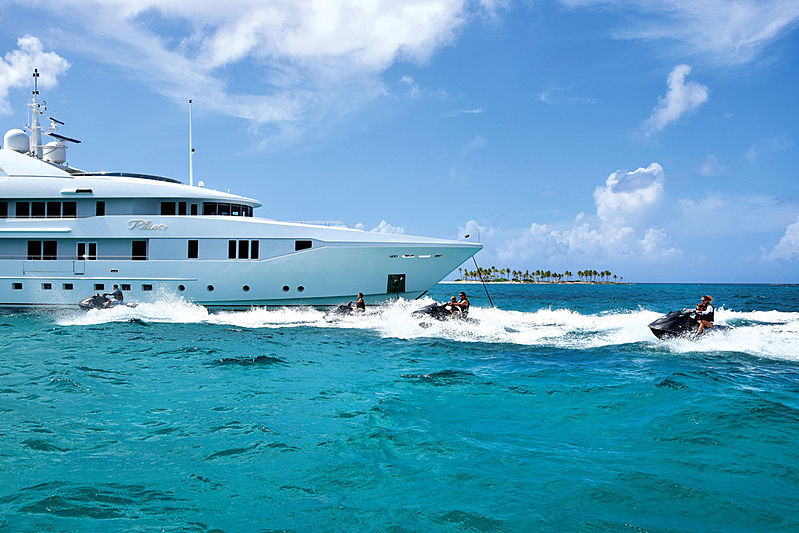 Photo: IYC YachtsAnd, according to Glidewell, there has been no better time to be in the yacht charter game. With the Covid-19 pandemic restricting travel, movement and daily life around the world, the isolation and privacy that a yacht charter delivers are all the more attractive. "The charter market in the US is definitely up," says Glidewell. "Boats are chartering in the New England area where I am right now that would never usually charter up here. People want to get out of their houses; they want to escape the restrictions. We had three cancellations in July and August, and every one of them got filled back in. It just shows you how much demand there is. It's been a busy year here. I would not expect it to be this busy next year."

This article was originally published in the Tenders and Toys edition of The SuperYacht Times newspaper. To receive all future issues straight to your door, subscribe to the newspaper here.