The reasons behind the steady ascent to bigger and bigger boats when it comes to superyacht ownership are multifaceted, though for some there is undoubtedly a definite draw in the heightened level of privacy from guests that a larger yacht can afford her owner. This is certainly not the case when it comes to the owners of the 43.25 metre Bina, however. Owned by a Brazilian family of entrepreneurs, the experience of ownership - from second hand boats to new build projects to an extensive refit undertaking - is a way to bring siblings Roy and Sabina from all over the world together with their parents on an exciting shared adventure, rooted in a true passion for design, engineering and exploring the Seven Seas in style. 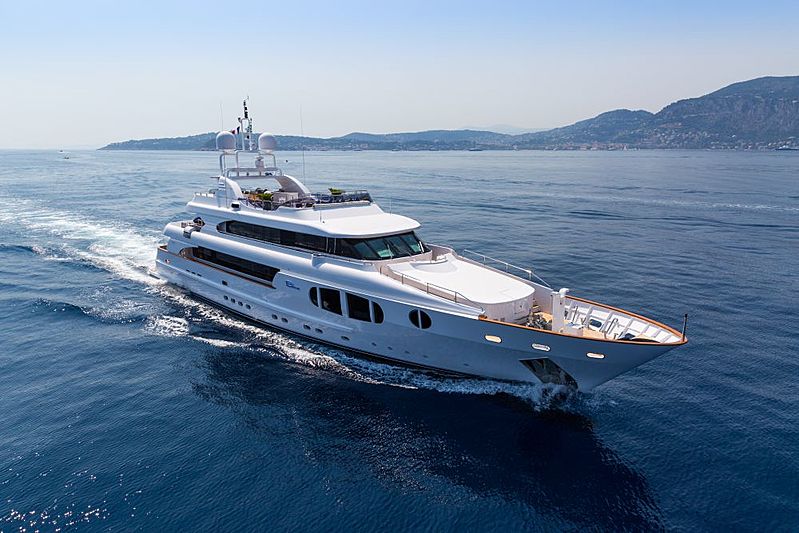 Taking ownership in 2013 of the Mondomarine built vessel, the Bina journey has certainly been the adventure this family have been looking for...

Bina really is a family affair, owned by yourself, your sister and your parents. Have you always been connected with yachting as a family?

I am the co-founder of a software company, and have been in love with both technology and yachts since a very young age… I remember writing my first line of programming code around age 9, and I have recently come across a picture of my four year old self ‘driving’ a tender on a charter vacation. Having often spent summers with my family on chartered yachts, my exposure came quite early to this fantastic world.

We are Brazilian, but my father and mother both come from quite mixed European and Northern African backgrounds. Both went to school in the U.S. but ultimately came back to Brazil to start our family. Both are entrepreneurs at heart; my mother brought the first luxury clothing stores to Brazil. My father - an aficionado for new technology - studied at MIT & Harvard Business School, and returned to Brazil to found a technology company.

I now live in São Paulo, Brazil, as does my father, and my sister, Sabina, stayed in the States after her studies. Following my parents separation, my mother moved back to Europe, and has been living there since. Regardless, my parents still have an incredible relationship - hence our all-encompassing situation with our boats. They really are best-friends, which is a rare arrangement!

As a family, have you owned boats previous to Bina?

We had previously chartered yachts in the Mediterranean but our first ownership experience happened around 2001, when I was 17. Our first boat was a Ferretti 43’ Flybridge yacht. It may seem like a small boat, and it really is almost the size of our tender today, but that experience allowed us incredible access to the passion of yacht ownership. It helped define us as owners… A boat of that size is quite manageable, so it gave us the opportunity to study and gain at least some understanding into virtually all areas of the boat. 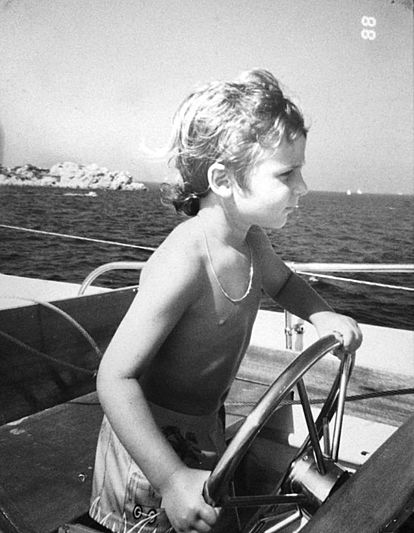 We quickly realised the desire to buy a larger boat, and after a couple of years we found ourselves owning a Pershing 43 whilst we were in the process of building a Pershing 55’. This was around 2004. Since my sister was already living abroad, the family decided that we would invest in a boat outside of Brazil.

You then decided to go bigger?

Yes, we decided to build a semi-custom Dyna 79’ yacht: quite a jump in size for us at the time, and we were very dedicated to her build. We spent countless hours going over every detail and visited the factory in Taiwan about 10 or 15 times in total. It was a big undertaking but one which was vital: it was an intense learning curve and we really wanted to make sure she ticked all the boxes.

As most owners know and experience, however, ticking all the boxes is usually a temporary label on any yacht… We did enjoy her for seven summer and winter seasons though. I think it was our involvement in her build that allowed us to enjoy her so much for so long before considering an upgrade. But, as always, it was inevitable. Once you start looking for something different, it's a one-way adventure.

The refit of Bina turned out to be quite an extensive project. Can you tell us about that process?

Bina’s latest refit started in 2015, and finished only towards the end of 2016 as a multi-part refit. She had undergone an initial refit post-survey, where we addressed all required items, bringing her into commercial safety standards as well as redoing two areas we had decided prior to purchase: the galley and crew accommodations. 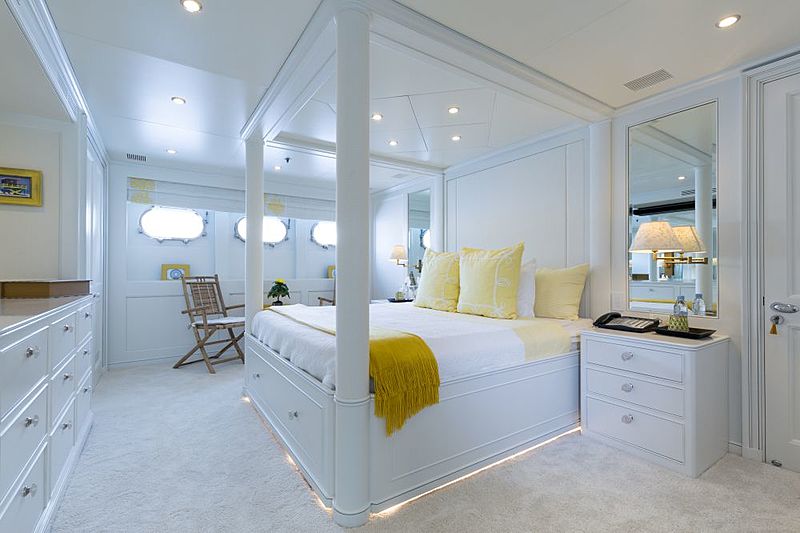 Our first seasons on board Bina revealed that we all had different ideas about how we could improve her. My father and I are more technically oriented, while my mother and sister are design geniuses and have great taste. For this reason, most of our ideas didn’t conflict, and in the end we saw to combine the work we wanted done in order to enhance the overall process. 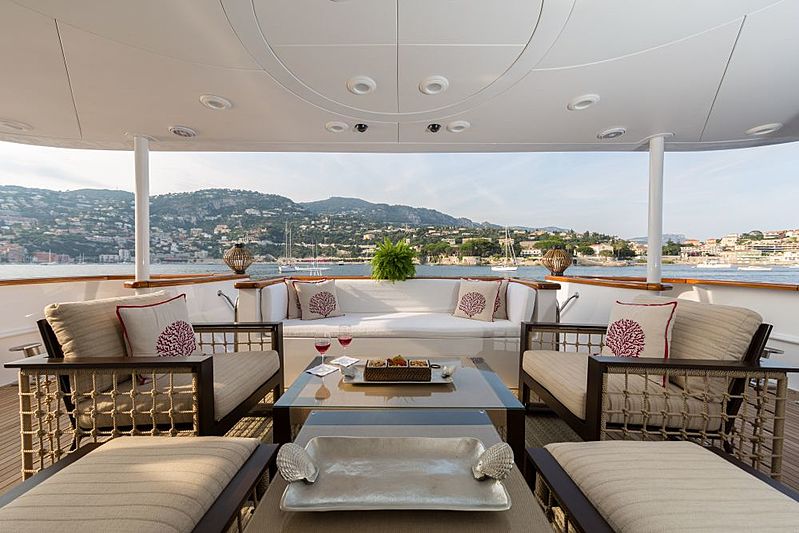 The interior was completely refinished, and the most obvious change is that Bina now has a very light interior, with a lot more natural light and a cosier feel. A significant change was the relocation of the tender deck from the aft of the bridge deck, to the foredeck. Opening up the upper aft deck has also allowed us to lengthen the usable area on that deck by about 4 metres, which created a new living space. I believe these versatile spaces will come into yachts, as the challenge is to keep people together - especially as you go bigger… The notion that owners want larger yachts in order to have more privacy from the guests may be true in some cases - but in my opinion most owners actually want to be with their guests. I mean, isn’t that the point? 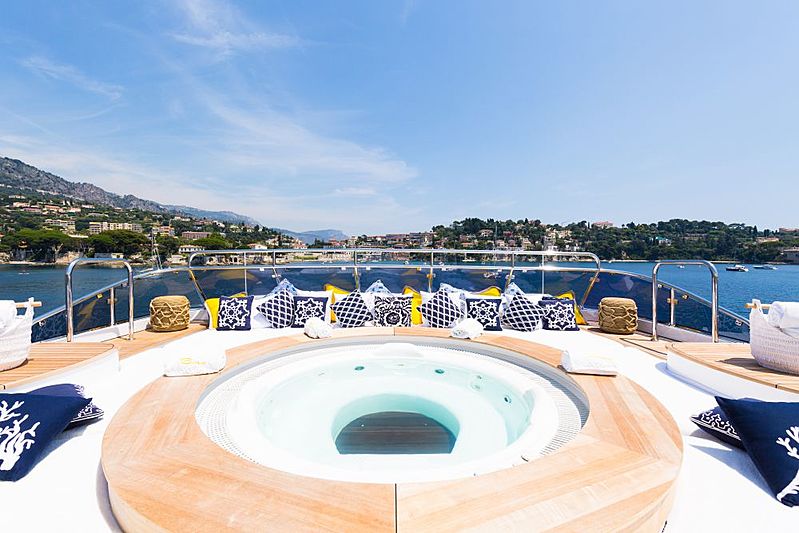 Bina is available for charter in the western Med throughout the summer, and the Caribbean in the winter. Do you ever bring the yacht to Latin American waters?

I am mostly based in São Paulo, but most of the family is not… so, no we don’t really. The infrastructure for yachting is not yet up to European, U.S. or Caribbean standards. In fact, most infrastructure is actually non-existent, and therefore we would rather visit other destinations before we think about a Latin American expedition. Brazil has a couple of yachting hotspots, but mostly anything very large is sub-utilised. The infrastructure is extremely crude, and there really hasn't been any significant change in the last 10 years. To be honest, even if there were to be a significant investment towards superyacht infrastructure the long distances between attractive points coupled with the fact that most of the coast is not protected and subject to heavy seas leads me to the conclusion that this region isn't really prime ground for a large influx of superyachts. 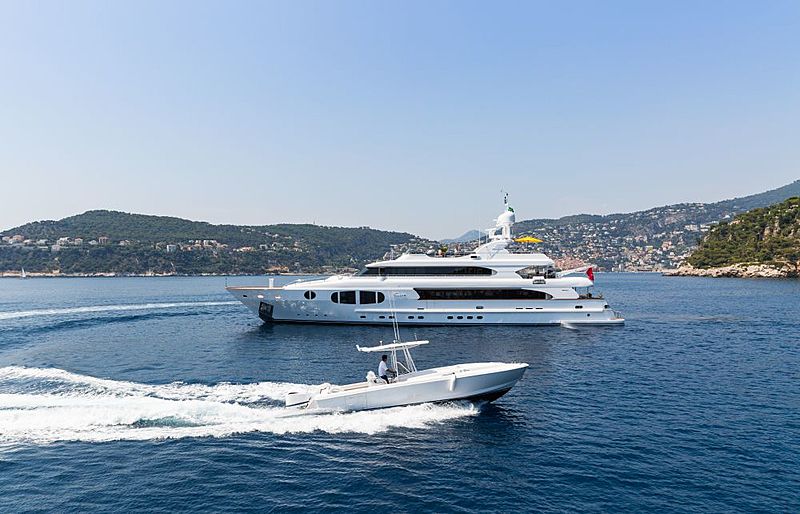 Does the name Bina hold any significance?

I’d like to say it stands for Roy in some obscure and exotic language, but in fact the explanation is a lot simpler: it’s my sister’s nickname. Her name is Sabina, and my parents have always called her Bina. As to why all boats must be named after great women - well, of the answer I’m unsure, but we sure won't be the ones breaking tradition!

Can you see yourself looking for a bigger boat in the future?

Right now, I think all in the family would say no way… but deep down we all know that the answer is yes! 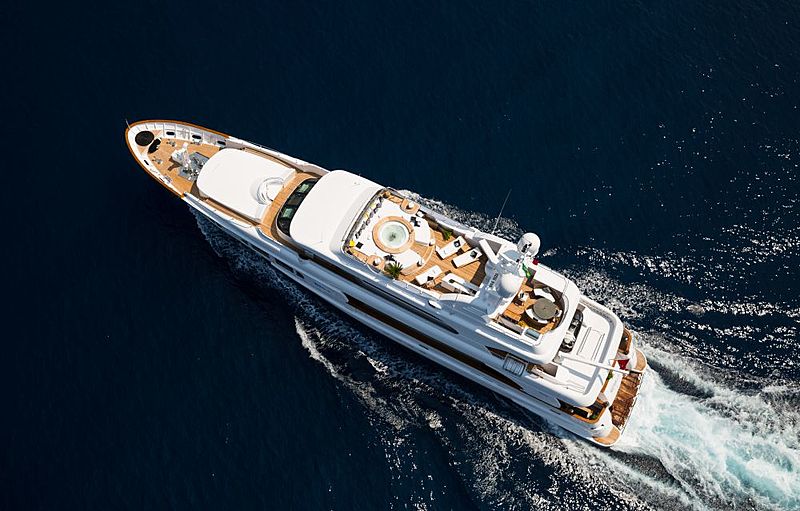 The full article is featured in the latest edition of the SuperYacht Times newspaper. Subscribe now and never miss another issue!