The owners of the recently destroyed superyacht Barbie have been paid a total of $20,000,000 from a group of 14 Lloyd’s insurers, Hiscox MGA has recently announced. She was destroyed at the beginning of 2016 in January, whilst moored in a marina in the Turkish town of Marmaris. 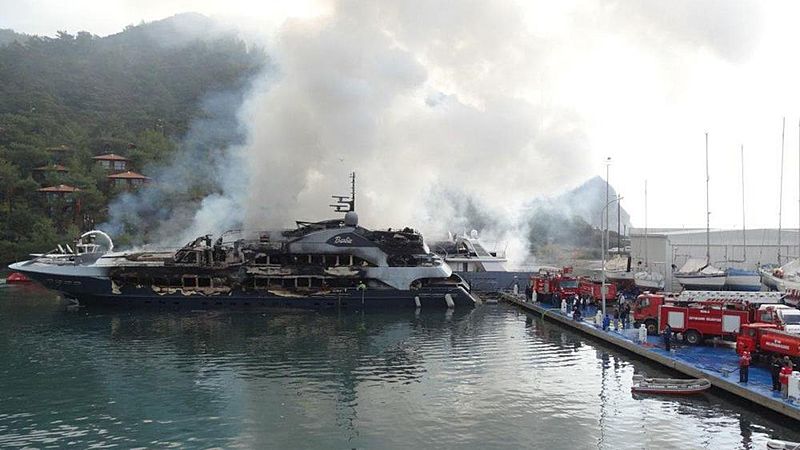 “Barbie is the largest claim that the superyacht insurance market has had to deal with in quite some time. That it was paid in full within 60 days of the event will hopefully help the owner to reach closure from this traumatic incident,” says Paul Miller, Hiscox MGA’s Director of Underwriting. “It is pleasing that we could resolve this claim so speedily, as we, and our insurance partners, pride ourselves on our technical expertise and customer service.”

Built by the UAE shipyard Al Jadaf in 2006, Barbie was insured through Yachtsure24, which represents both Lloyd’s and A-rated European carriers. Talbot syndicate led Barbie’s insurance policy, along with 13 other insurers.

The iconic 71.05 metre Bannenberg designed vessel The One was also destroyed in the same fire in Turkey, sparking the beginning of a string of unfortunate superyacht casualties so far in 2016. This includes the Princess 95 Queen Anna also in Turkey in January, the Benetti superyacht Camarina Royale in Cuba, three 30+ metre vessels at the beginning of March in Abu Dhabi, and the Monte Fino motor yacht Positive Energy which was destroyed by a fire is St. Thomas just last week.