Oyster’s 35th own class regatta kicked off yesterday in Tortola in the British Virgin Islands. The fleet this year consists of 15 yachts, which are divided into two classes over the four days of racing. 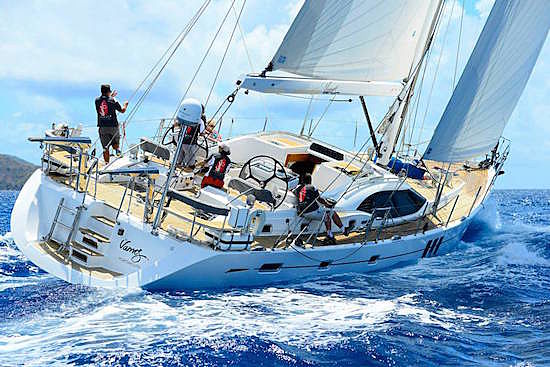 The bulk of the fleet comprises of regular participants, whilst four first timers have also made an appearance; Peter Blackmore’s Oyster 49 Pied Piper, David and Leslie Joyce’s 575 Ayesha II, Stephen Lambert’s Atalanta of London, also a 575, and Ken and Diana Randall’s 72 Infiniti of Cowes. At the opposite end of attendance, is Oyster 82 Starry Night of the Caribbean with 19 race pennants to her credit, while Richard Smith, a close second, has a tally of 15 aboard his 655 Sotto Vento. Ian Galbraith on Oyster 53 Jigsaw is also a regular regatta participant, keenly contesting in the Caribbean and Mediterranean. 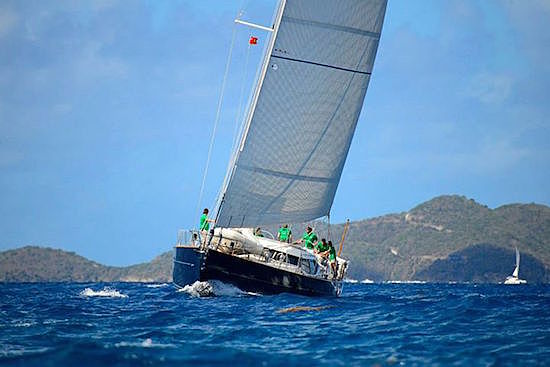 Familiar faces on different, newly bought boats include John McMonigall who’s scaled up to Oyster 82 Zig Zag from his 575 Zaybo which he retains currently in Turkey, and Alan Parker similarly moves on to an 82, Dama de Noche, from his Oyster 54 Oyster Reach, currently on brokerage. 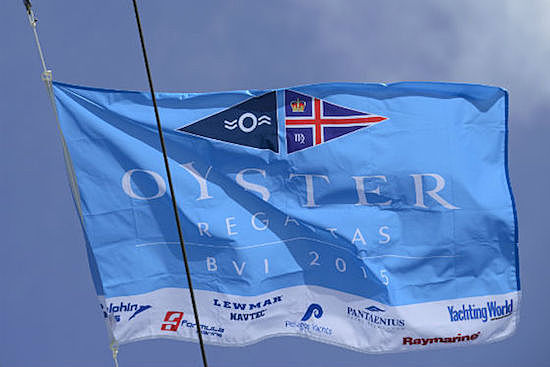 The fleet divides between two classes with the Oyster 82s, which include also Bill Dockser’s Ravenous II, at the heart of Class 1, joined by 825 Reina, mentioned above, the 625 Lady Mariposa, skippered by Dan Hardy, and David & Joanne Furby’s Vamos. 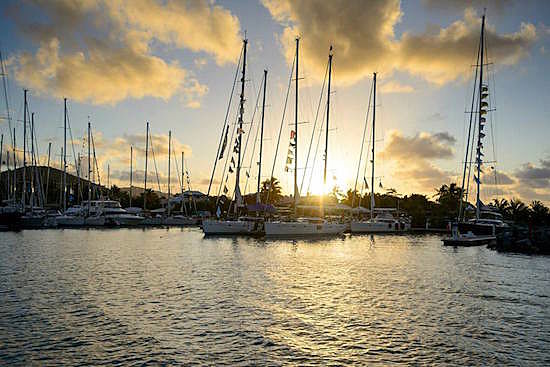 Though bigger, Oyster 655 iSNL joins Sotto Vento, fellow 655, in the wider ranging Class 2 which spans Paul and Diane May’s Oyster 45 Taboo through to Ken and Diana Randall’s 72 Infiniti of Cowes.

The race kicked off yesterday with Tortola’s Nanny Cay, whilst today will consist of a course to Norman Island, before Race Two’s long beat up to Virgin Gorda and the Bitter End Yacht Club for a lay day followed by two more days’ racing with a night between at the YCCS.