After safely passing through the Panama Canal, the yachts taking part in the first ever Oyster World Rally have now sailed over 3000 miles and are currently 900 miles into the Pacific Ocean. The Oyster fleet has regrouped in the magical Galapagos Islands. Situated in the Pacific Ocean 500 nautical miles from the South American continent, the archipelago of 19 islands and the surrounding marine reserve is a showcase of evolution. 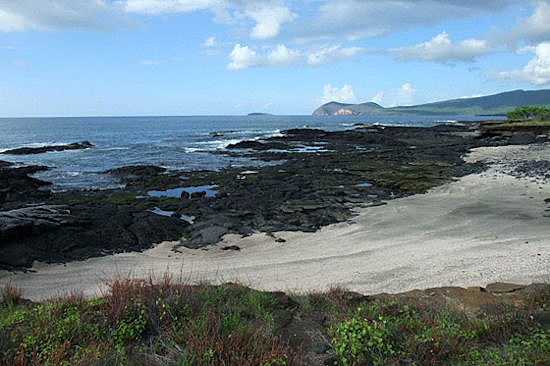 Most of the Oyster crews have enjoyed secluded dives with permits organised by Oyster Yachts including Lukas Schiesser from Switzerland sailing on board Oyster 54, In Flagranti. “It has been my dream for years to dive with Hammerhead sharks.” Admitted Lukas. “The Galapagos is one of the few places in the world that these amazing creatures can be seen in abundance, often swimming in huge groups. For me this phenomenon makes the islands the most amazing place on earth. They are sharks, so they have the potential of being dangerous but they are not known to be aggressive. It is unlikely you will see them unless you scuba dive as they tend to swim below 30 metres or more, so it is fantastic that Oyster have arranged our diving permits.”

“It is just so amazing here! It is like being in another world, a real adventure.” Commented Oyster Project Manager, Debbie Johnson. “Everyone is so excited to be here and the thing that just astonishes you straight away is the incredible abundance and diversity of wildlife, rays jumping out of the water, sea lions coming to greet you. At night many of the Oyster yachts put on their underwater lights and there are sharks, sea lions and all sorts of marine animals playing about right under the boats. The Morgan family from Oyster 56, Crazy Daisy went snorkelling, a penguin came over to Bob Morgan and literally pecked on his dive mask, the solitary penguin was then joined by a whole colony, they just wanted to play with them, utterly remarkable. 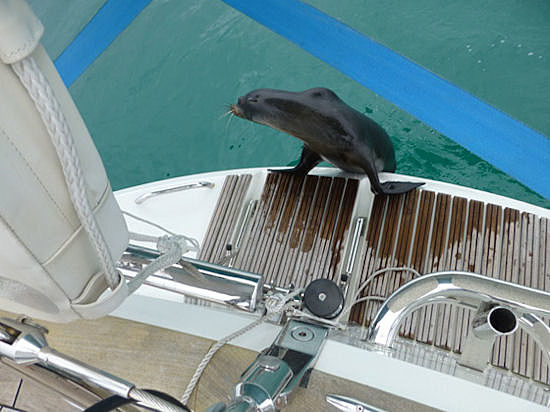 “The spirit between the yachts in the Oyster World Rally is just fantastic. Although the Oyster fleet are spread out through many of islands, Ian Davis owner of Oyster 56, Yantina operates our radio-net. It takes a lot of time and effort but it has been so useful. The fleet is really helping each other out, which is so vital in these remote locations.”

The Oyster fleet are expected to leave The Galapagos Islands over the next few days and head for the next port of call. The Marquesas Islands group is one of the most remote in the world, lying about 850 miles northeast of Tahiti and 3000 miles away from the West coast of Mexico, the nearest continental land mass.

Visit the Oyster World Rally website for more information and to follow the fleet via the Yellowbrick tracker. www.oysteryachts.com

24 February 2021 15:00
Design
Designers carry a responsibility for ensuring that the materials, finishes and products they source for yacht interiors are harvested, farmed or manufactured sustainab...