An imposing fleet of Perini Navi yachts took to the waters off Porto Cervo today for the first day of racing of the Perini Navi Cup 2013. The fifth edition of the biennial event, organized by the Yacht Club Costa Smeralda, is open to yachts designed and built by the prestigious Italian shipyard and will run through Saturday 31st August. The first race of the event was dominated on the water by the performance cruising sloop P2 which crossed the finish line with a comfortable lead while it was the 50-metre Silencio that claimed victory in corrected time. 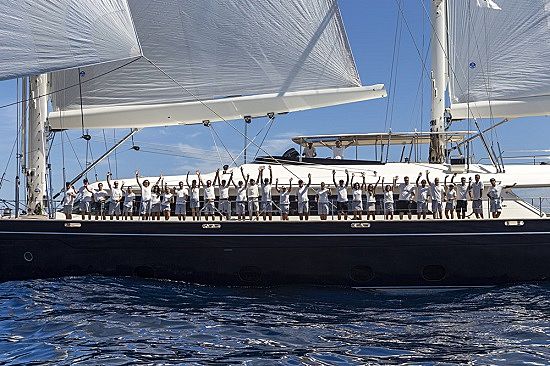 Light winds of approximately 8 knots accompanied the fleet on a coastal course of approximately 13 miles that saw them cross the starting line off Porto Cervo bound for the Secca Tre Monti rock. After rounding the rock the sailing superyachts headed upwind to round the Secca delle Bisce before racing to the finish off the Gulf of Pevero.

P2, a 38-metre sloop and the first example of the shipyard’s Racing Line, shone today, storming around the course well ahead of the other competitors. 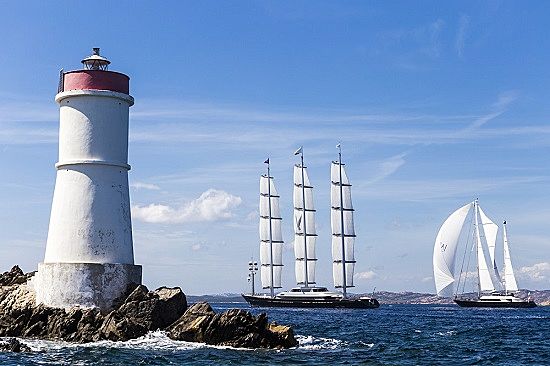 Captain Jonathan Kline was pleased with the yacht’s performance on his return to port: “This is our first Perini Navi Cup with P2 and we found the conditions we expected, light winds but excellent for P2. We knew we would be able to pass most of the fleet in the first leg but then we would have to extend significantly to maintain the lead. I don’t know yet how we did, we finished quite far ahead of most of the boats but I don’t know if it was enough to take first place.” 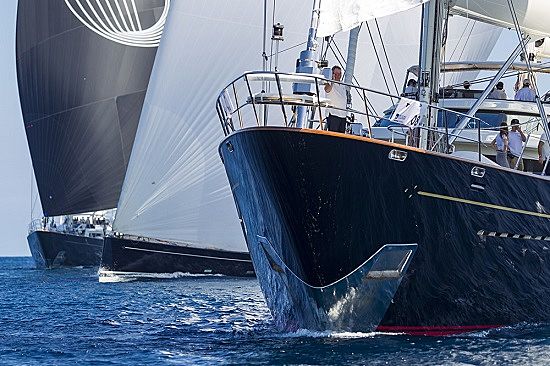 America’s Cup sailor Dawn Riley was pleased with the teamwork aboard Silencio, “We won today, well done to all! I am the tactician on board and the entire crew did really well today, they were perfect. This is my third Perini Navi Cup and you have to know how to sail these boats, everything is so big. The owner said he wanted to get just one podium finish so I guess we did that! I just hope we can keep it up now.” Third place went to the 52-metre Tamsen, racing in the event with a crew of almost 60 friends and family members.

This evening owners and guests will enjoy the cocktail competition on the docks organized by Vhernier followed by the Vhernier After Race Cocktail Party at Aqua Lounge on the Piazza Azzurra. Pommery champagne will be flowing during both events as the brand, which will pop the corks on more than 1,000 bottles of cuvee during the regatta, celebrates its third year as partner of the Perini Navi Cup.

Moncler, main sponsor of the regatta, has specially created the official clothing for the entire event from the Moncler Grenoble collection using the red, white and blue of the French tricolour, symbol of the brand. Racing is scheduled to continue today, at 11 a.m. Light to moderate easterly winds are forecast.